G-Worldwide Entertainment has made available to Pulse the court declaration in its case against singer Kiss Daniel.

It had been revealed on Tuesday that G-Worldwide had dragged Kiss Daniel to court for “taking steps to appoint a new manager, solicit for bookings, and has continued to negotiate and enter performance agreements in respect of the songs from the album “New Era“, and “Evolution” which is set to be released soon containing singles such as “Yeba“, “For You“, “Senorita“, “Sofa” and others, produced under the contract, including using the stage name ‘Kiss Daniel’ without the company’s prior consent and permission.”

In a statement signed by the artist’s lawyer T. Oluawaseye Lawal of L & A Legal Consultants, it was stated that the court refused to grant any injunction against Kiss Daniel restraining him from recording, performing or using the stage name “Kiss Daniel.”

The statement had also said the status quo as directed by the court was at the date G-Worldwide Entertainment filed its suit, which was after Kiss Daniel had left the label.

The court declaration, as pictured, ordered both parties to “maintain the status quo ante Bellum under the recording contract pending the hearing of the motion on Notice dated the 20/11/2017.”

While Kiss Daniel’s lawyers took this to mean the status quo before the hearing, G-Worldwide, in a statement released alongside the photos of the court declaration, has said it translates to the status quo dating back to the recording contract.

See the court declaration and statement below: 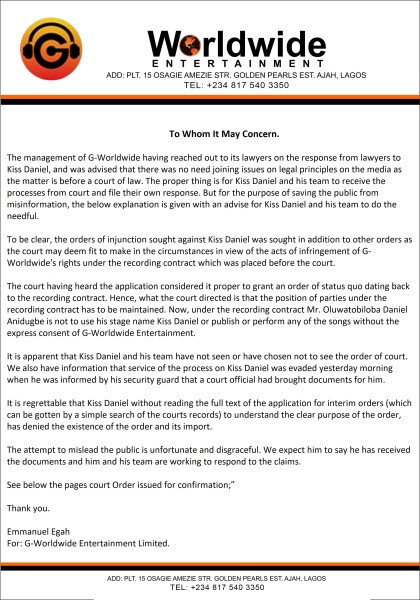 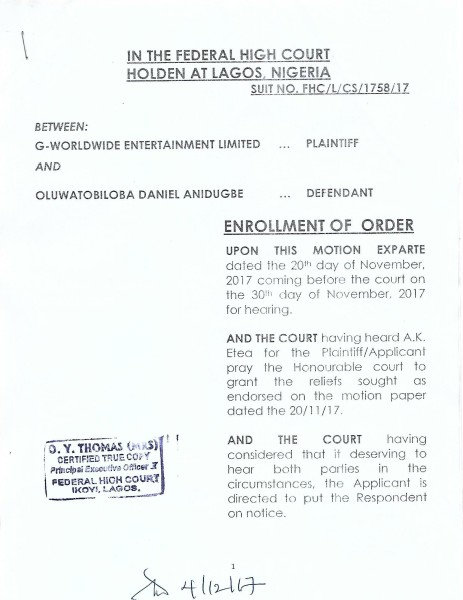 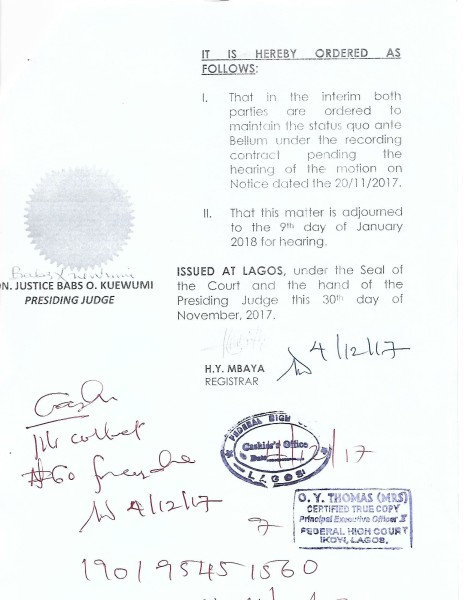