This photo of Atiku kneeling before IBB has got People Talking

Atiku had reportedly gone to seek for Babangida’s endorsement for his candidacy for president in 2019.

According to Premium Times, Babangida “had a very useful political discussion” with the former vice president, his spokesperson Kassim Afegbuan saying:

They had a very useful political discussion. IBB also has a good relationship with Atiku.

A photo showing the former vice-president squatting to address Babangida has since circulated on social media.

While some have termed it a show of respect due to a Northern elder, others have described it as a show of desperation to get elected.

See the photo below: 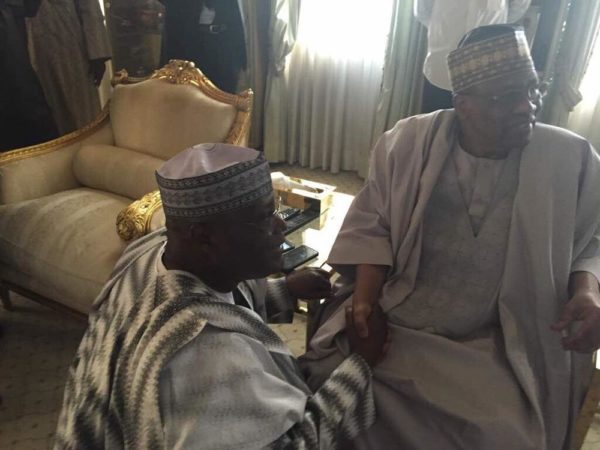