The Culture Tour! Olamide taking the "Wobey Sound" to Europe this Year 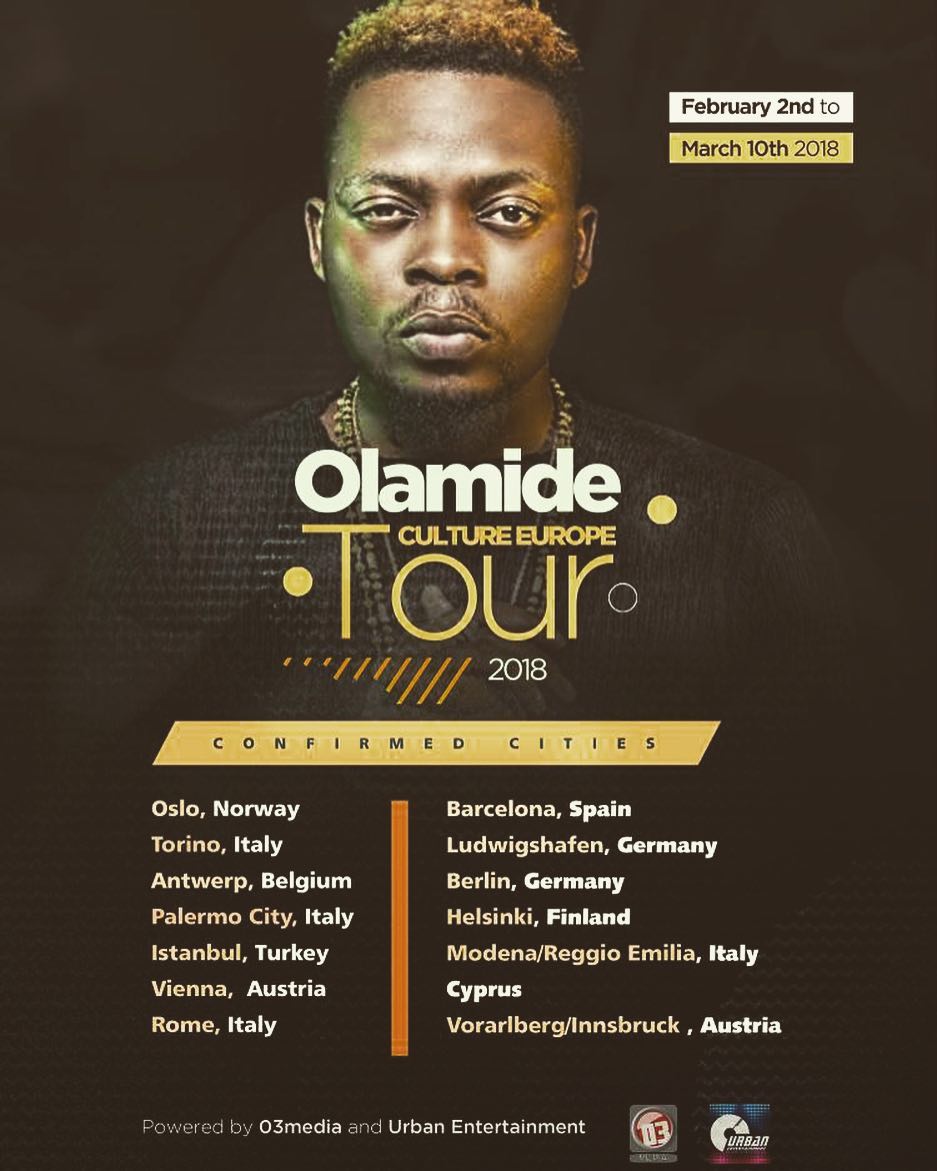 Rapper/singer and YBNL‘s boss/lead act, Olamide is set to kick off his 2018 with a tour of 14 European cities titled the “Olamide Culture Europe Tour“.

The “Wo” crooner had a great 2017 with arguably one of the best songs of the year as well as dropping his 7th studio album in as many years.

Now, having staged a successful 4th edition of his “Olamide Live In Concert“ show, he is now taking his music to countries like Italy, Spain, Germany, Austria, Belgium, Cyprus, Finland, Norway & Turkey.