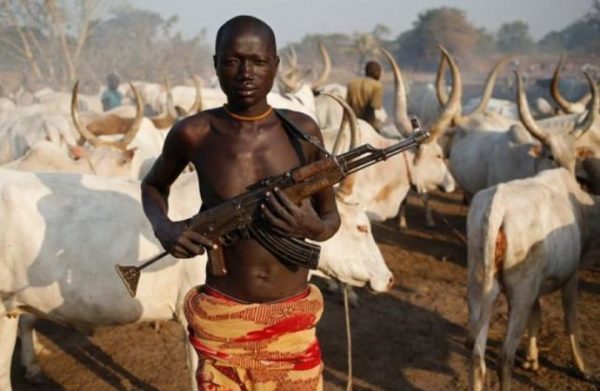 Bala Bako, caretaker chairman of Ibi Local Government, where the armed men attacked, confirmed the attack to Punch in a telephone interview.

They were holding a security meeting in Karmen area of the local government when the armed men attacked, he said.

We have some security challenges in Ibi and we have been making efforts to ensure that ethnic groups in our domain accommodate and live in peace with one another.

The Chief of Ibi also set up a committee which has been meeting to find solution to the security challenges, and it was in one of the meetings that the Fulani gunmen attacked and killed the traditional ruler.

They gathered and were waiting for us for the security meeting when suddenly armed Fulani men emerged and started shooting. The local chief was killed during the attack, using Fulani sticks, by the attackers.

Bako also confirmed the death of 8 other people in Gishiri and Dooshima villages and one other person at Danwaza village a week ago.

They were killed by Fulani herdsmen from Benue state, he said.

We share border with Benue and Nasarawa states and most times these Fulanis crossed from Nasarawa, attack and go back, but we are trying to close all the routes they are using to cross and attack us.

The killing in Dooshima and Gishiri around Sarkin Kudu were done by those people who attacked Benue. On their way back to Nasarawa, they killed anyone they met on the way.

Simone Biles says she was sexually abused by Larry Nassar