12 contestants who are celebrities in their own right, will be camped in one house and will be placed on series of daily challenges & tasks for a period of 4 weeks, from January 12th – February 11th.

Each week, viewers will vote for their favourite celebrity while the contestant with the lowest votes will be evicted and every weekend, there will be a party in the house to celebrate the end of the week.

The 30 days show will be streamed live on all scheduled online media platforms for 24 hours; one hour daily show on national terrestrial TV and cable stations.

The last man standing will go home with a cash prize of N7million, N2million will be donated to two charity homes by the winner and they get to keep N5million

According to the organizers of the show, The Celebrity Housemate Reality TV show themed, ‘Convergence of Culture, Lifestyle & Entertainment’, is geared towards promoting peace and unity in the country, the celebrity contestants are drawn from all the 6 geographical zones in Nigeria and also bridge the negative perception of our nation and showcase our strengths.

Meet the contestants below: 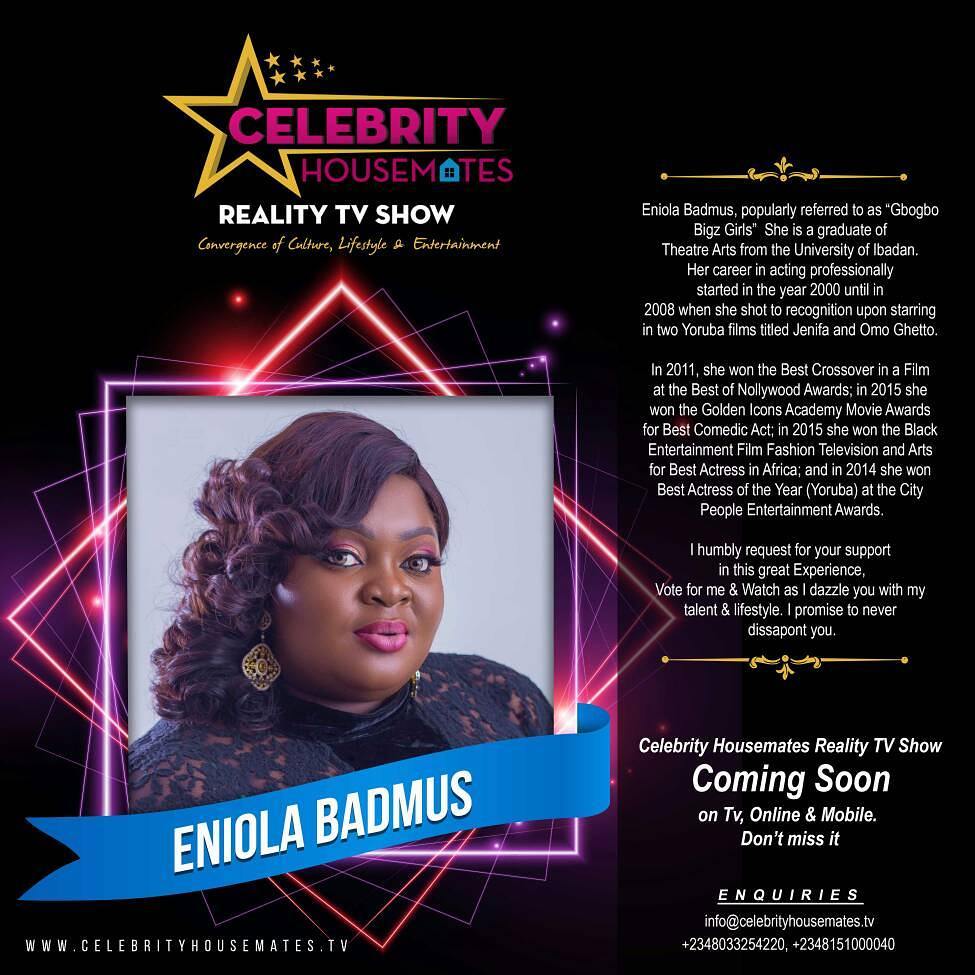 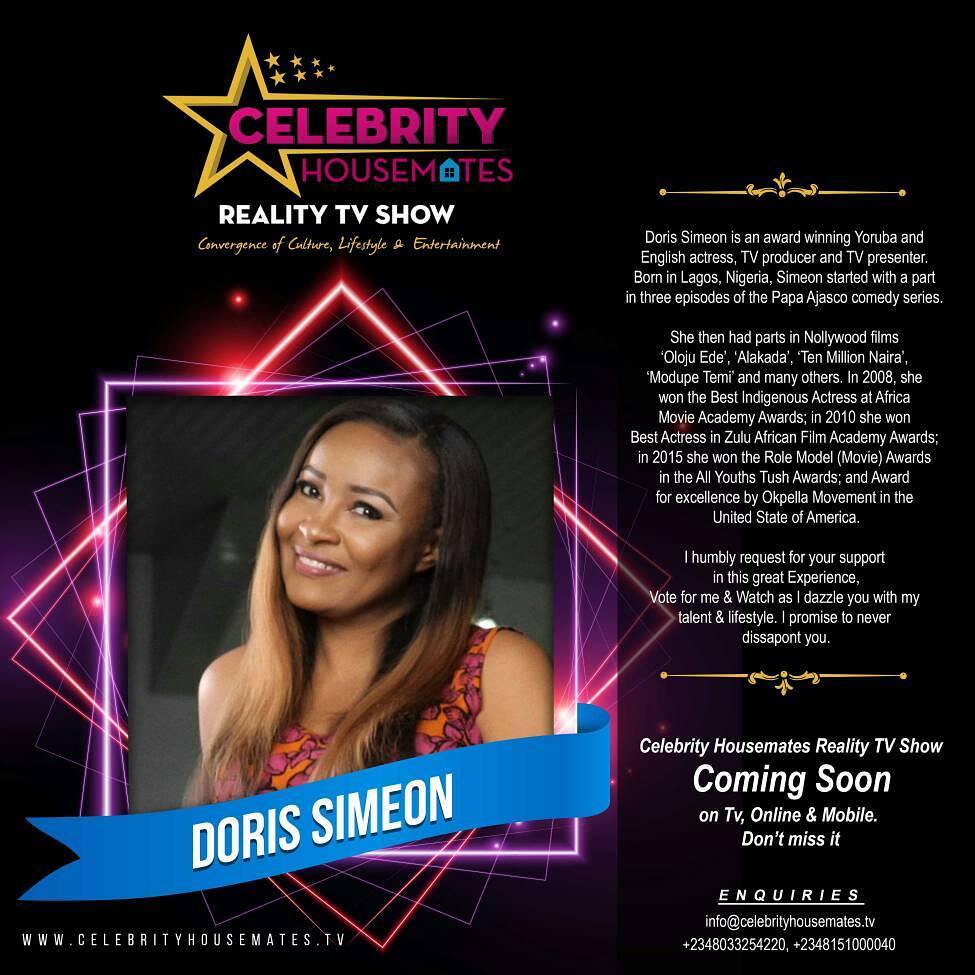 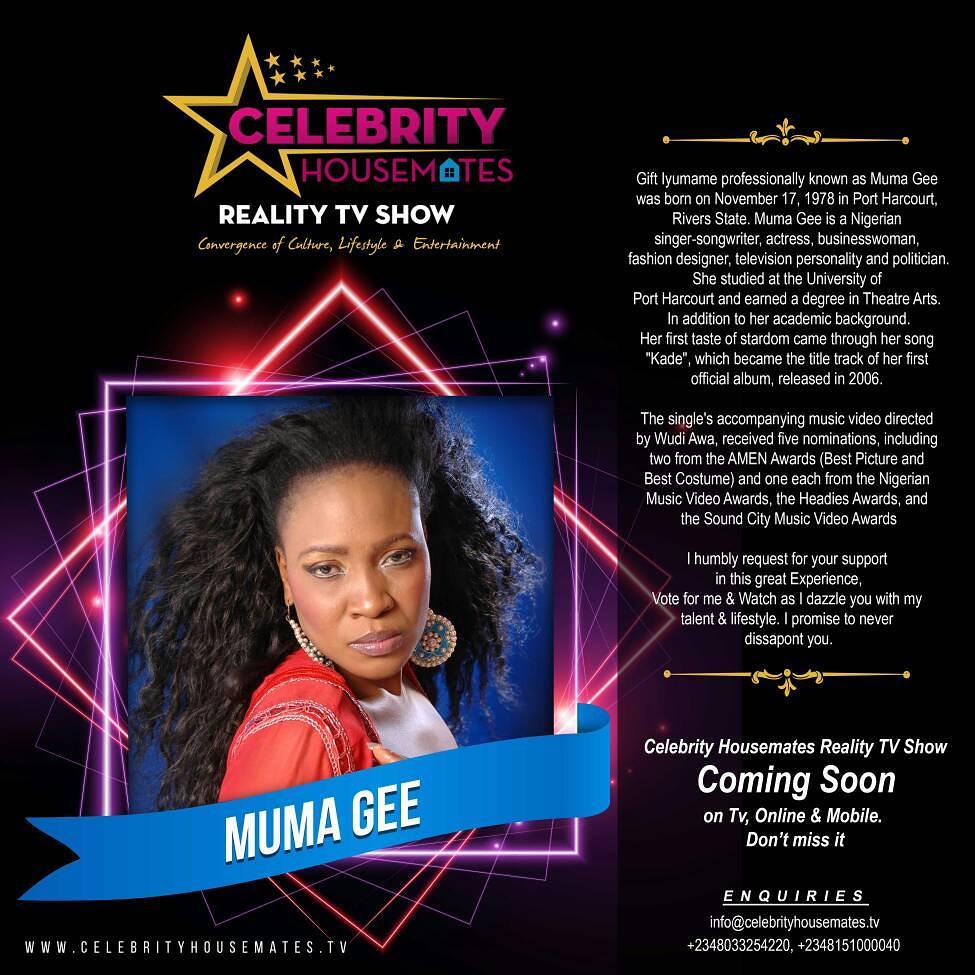 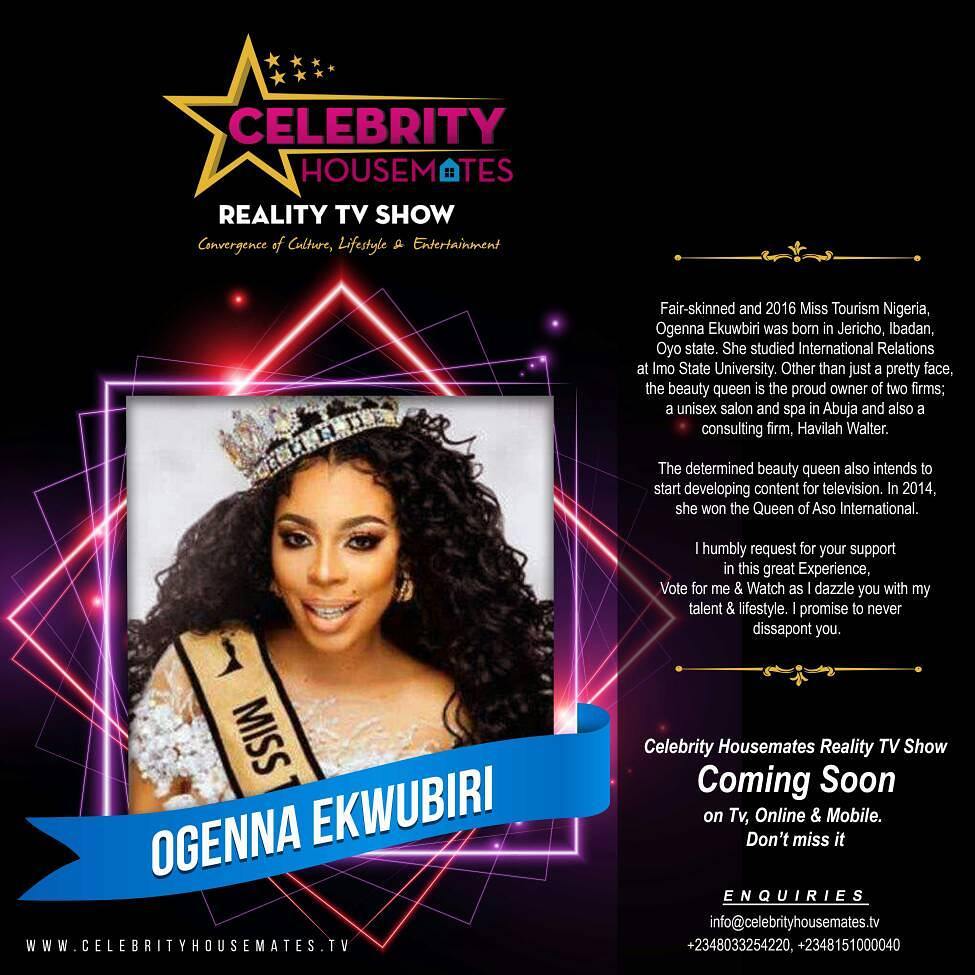 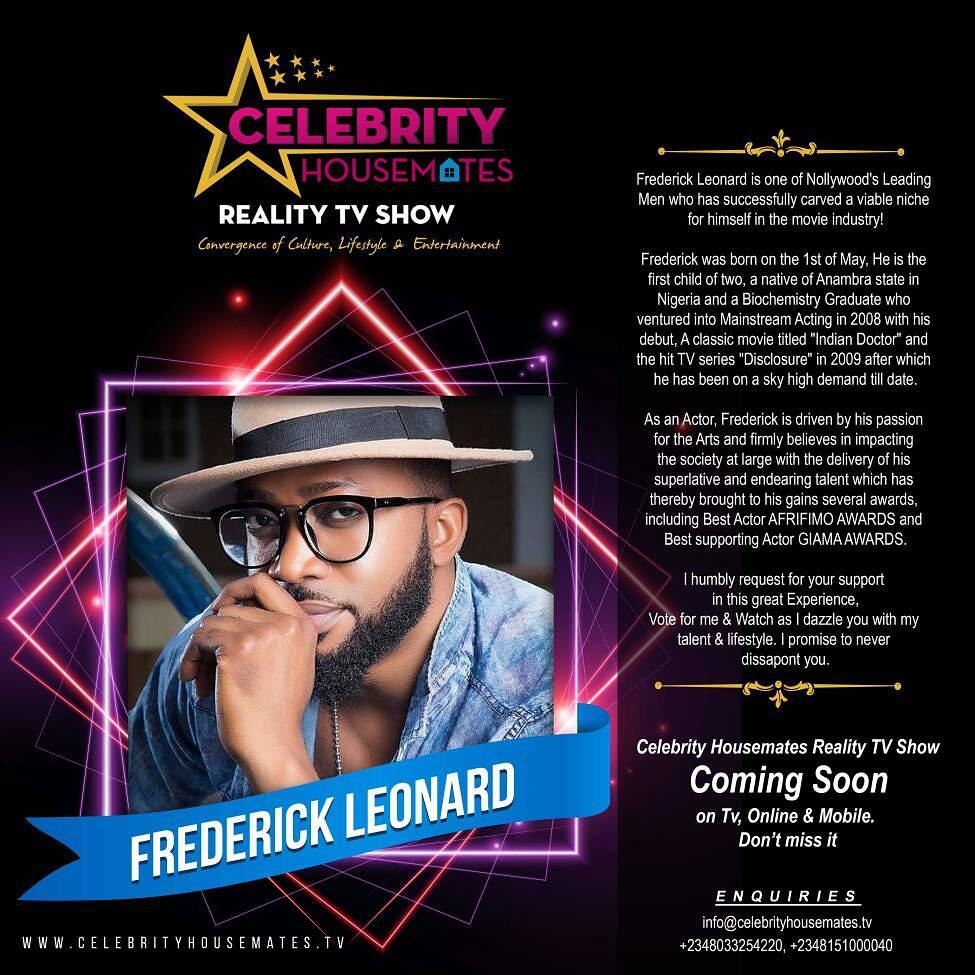 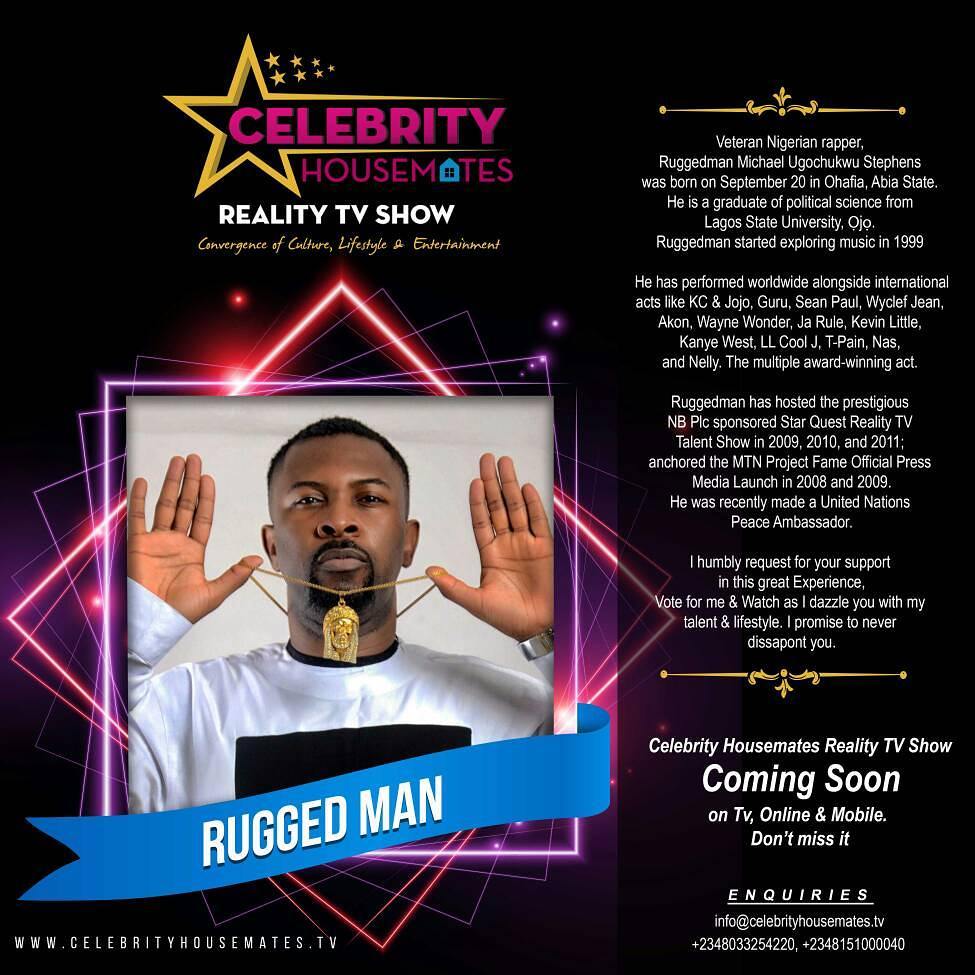 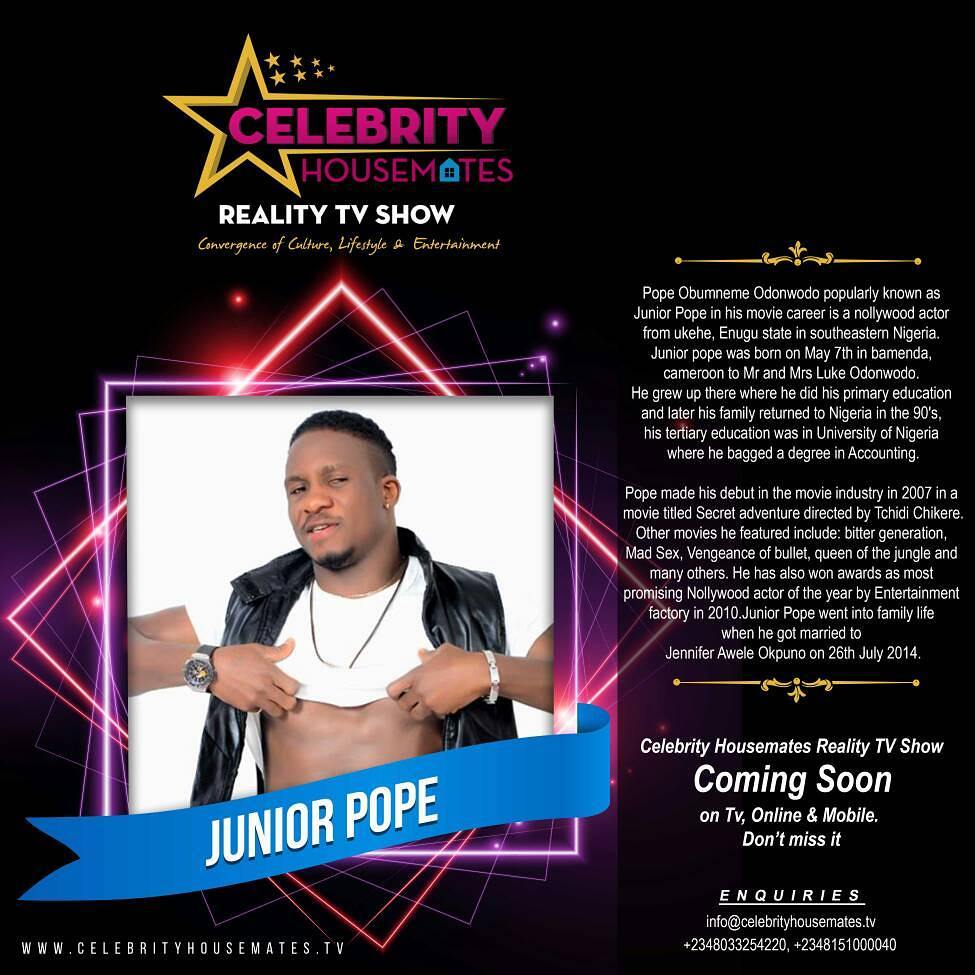 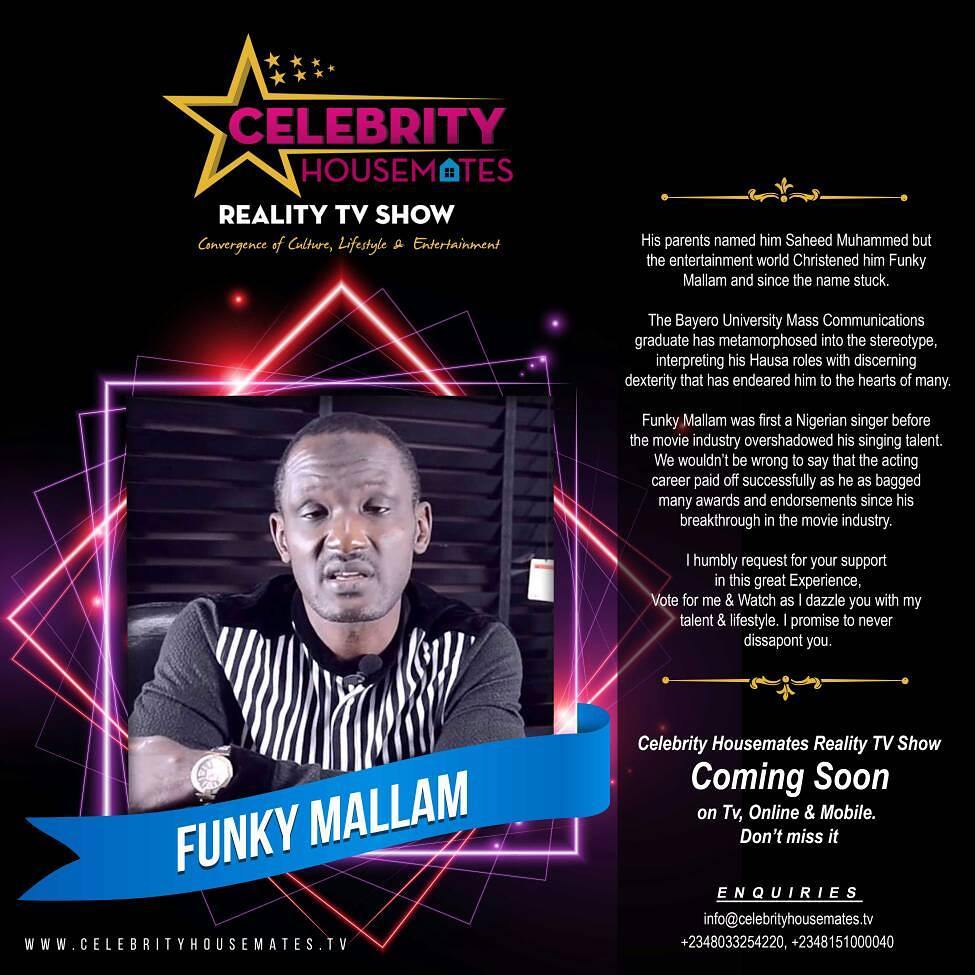 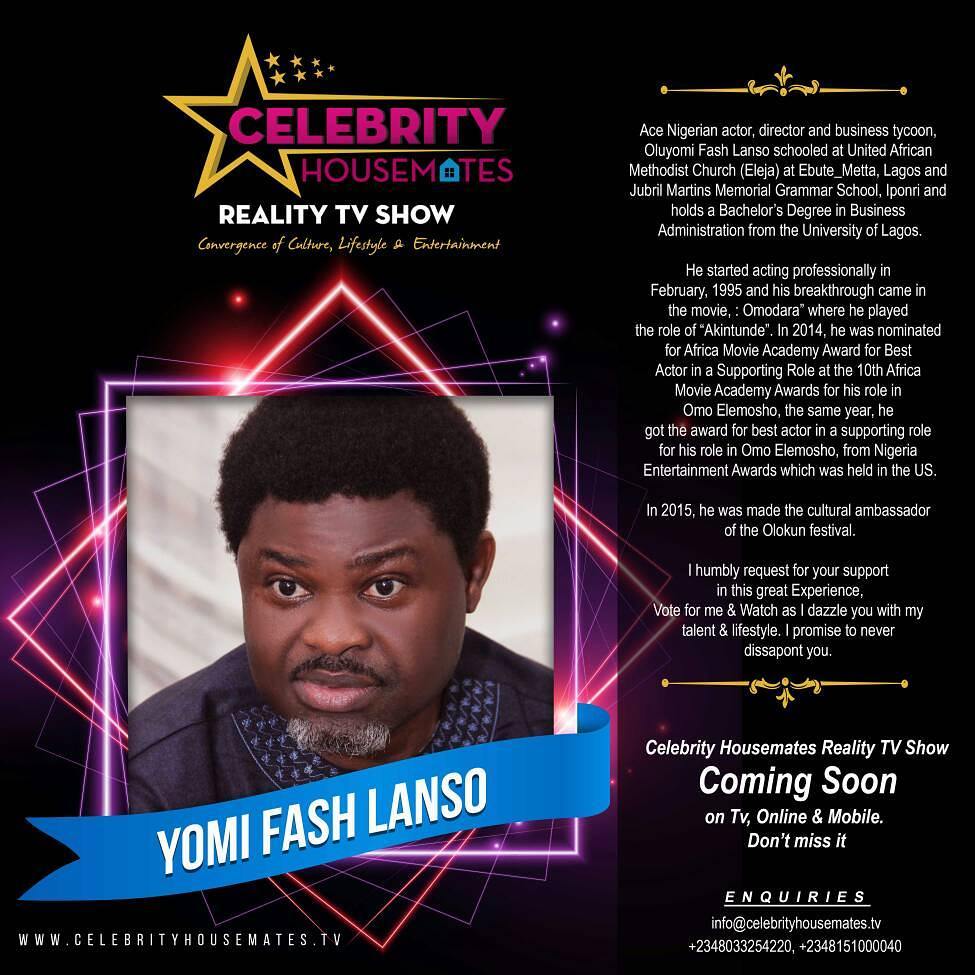 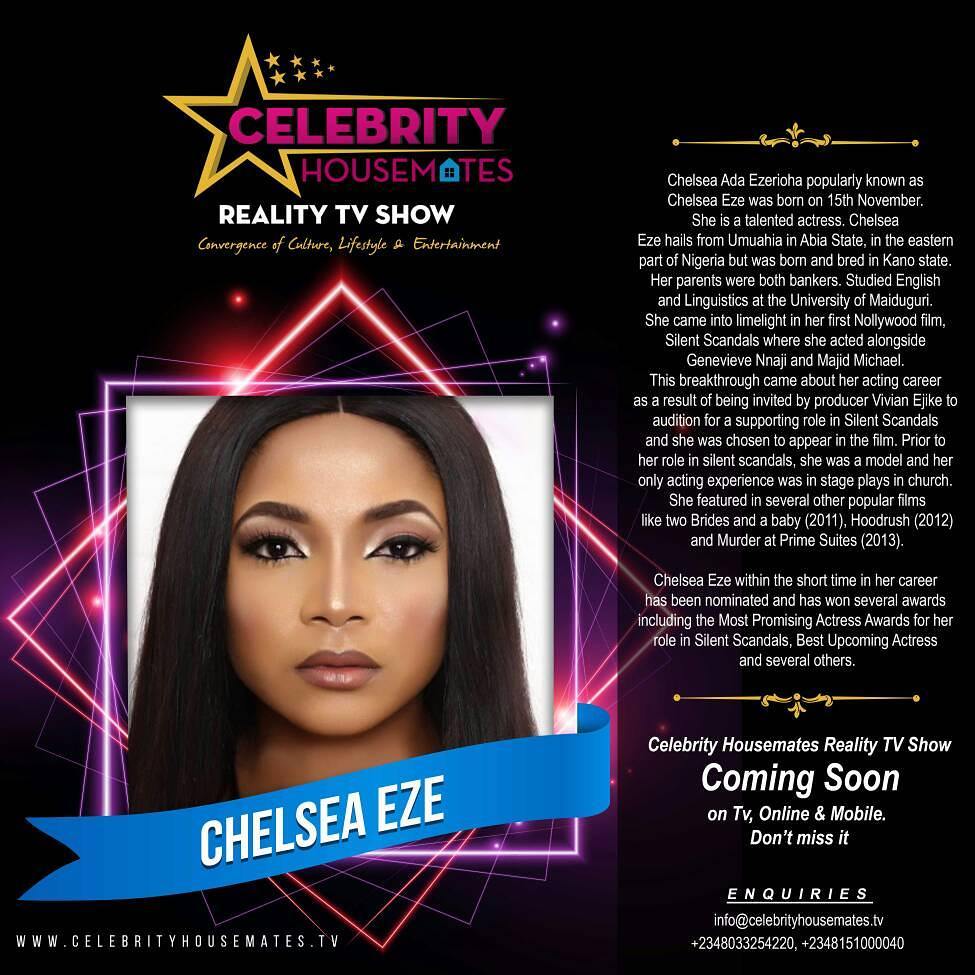 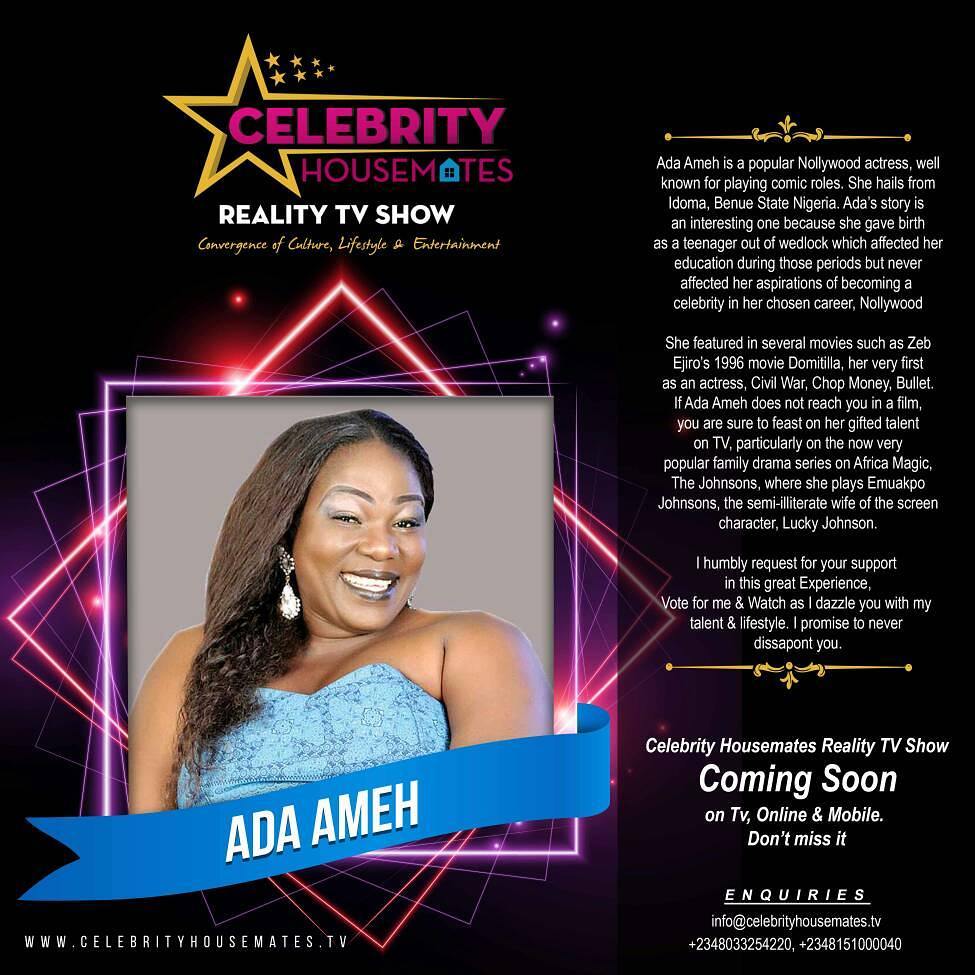 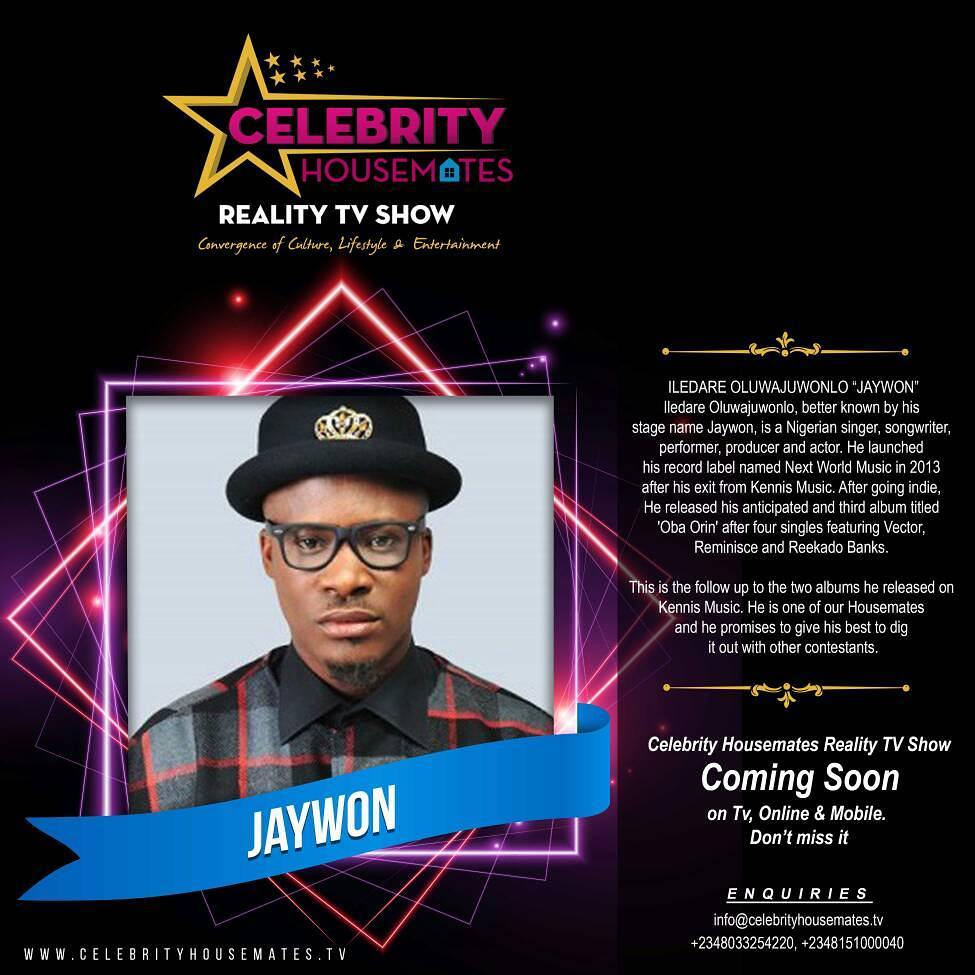