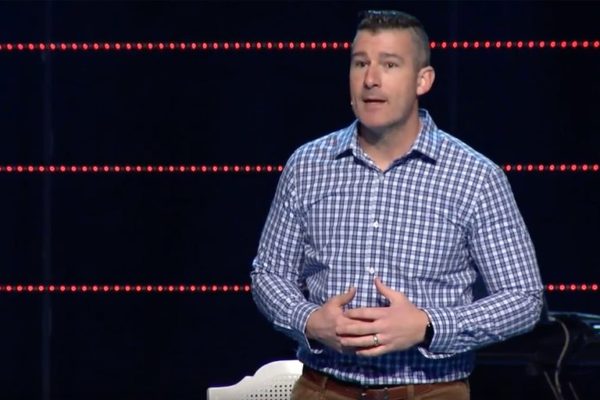 The congregation at Highpoint Church, Memphis, gave a standing ovation to pastor Andy Savage, after he admitted to a “sexual incident” with a minor 20 years ago, New York Times reports.

The woman had accused him of sexual assault just days before Savage decided to admit to his church of the offense.

The woman, Jules Woodson, wrote that she was 17 and in high school when Savage, a youth pastor with her church, sexually assaulted her.

He had offered to drive her home from church when he drove her instead to a wooded area and had her perform oral sex on him.

Savage only told his church he had sinned and did not detail what exactly took place. He had taken responsibility for his sin, he said, and never kept it a secret from the pastors.

In Woodson’s story, however, she had revealed that Savage had begged that she take the event “to the grave,” and she was the one who told the pastors.

The pastors, however, did nothing, and urged her not to report to the authorities.

“Jules, I am deeply sorry for my actions 20 years ago. I remain committed to cooperate with you toward forgiveness and healing,” Savage told his congregation, the service streamed live online.

The congregation had stood and applauded him, with the lead pastor of the church, Chris Conlee, coming forward to say he supported Savage and was one of the people who “hurt by the ripple effect of the consequences of that sin.”

Woodson on the other hand revealed to the New York Times that she had texted Savage asking him if he remembered the assault and got no reply from him, before making the story public.

She had thought he would respond, she said, apologize to her, and only after a month of silence did she go public with the story.

Watch the apology video below: