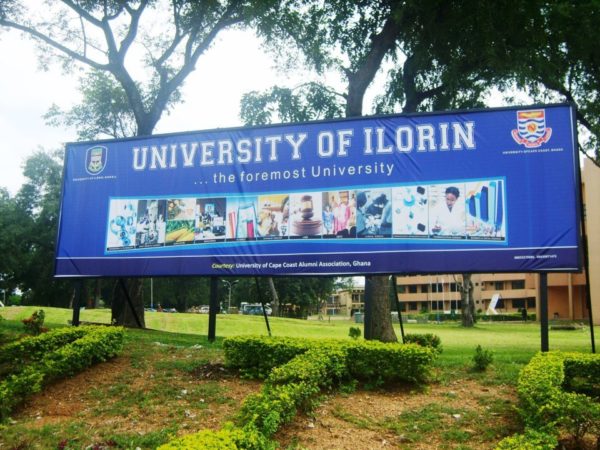 The University of Ilorin (UNILORIN) has released a circular reminding students of the school the dress code prescribed by the university.

Students are required to comply with the dress code, the circular read, and erring students will be sanctioned.

The dress code includes a ban of hair extensions, shorts and skirts with their hems above the knees for ladies, and shorts, distressed trousers and sagging for male students.

Students of the school have however kicked against the dress code, describing it as a “big joke.”

See the circular and the reactions below: 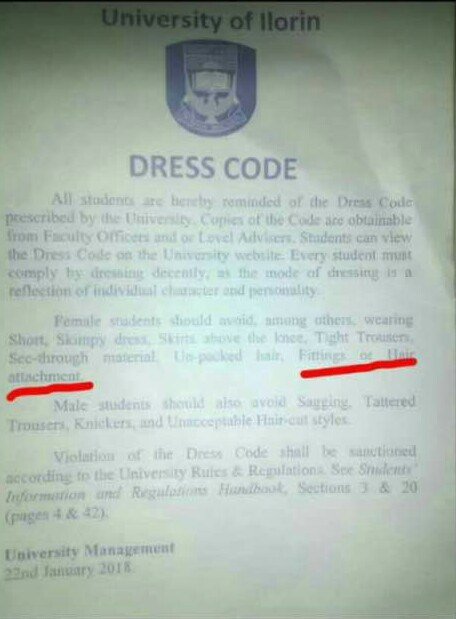 Unilorin bans hair attachments, weavons, etc.. Such sadness, they are just mad in that schl. They should kuku ban smartphones on campus too

I am a product of Unilorin and I am proud of it!
Prohibition of hair extension @TeamUnilorin is a big joke @unilorinnews @UNILORIN893FM pic.twitter.com/K6ZbazmmRv

I don't know why I was angry that Unilorin was called an unfortunate school walahi.

How can a federal institution ban attachments and hair extentions??
This is the height! Or not. Hijab will soon be compulsory. Unfortunate Lots! pic.twitter.com/wCyL0xlP20