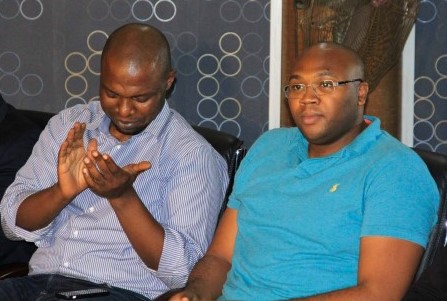 Doing business in an unpredictable economy like Nigeria can be a daunting task and experts from around the world seem to agree on this.

In the last few months, online shopping mall faced a lot of challenges  Konga’s founder and CEO Sim Shagaya resigned January 2016, after being appointed by its investors, as the new chairman by the Board of Directors.

Shagaya founded the company in 2012 with a capital from Swedish investment firm Kinnevik. Shagaya is also the executive chairman of DealDey, a daily deal website, and had served in the Nigerian military, as well as worked as a banker in South Africa.

In 2013, he was named as Entrepreneur of the Year at the CNBC/All Africa Business Leaders Award in West Africa. In 2014, he was named in Forbes’ list of “10 Most Powerful Men In Africa”.

Konga was founded to to “aggregate the youngest and fastest-growing market that was dispersed, under-served and that traditional retailers were simply failing to reach,” Shagaya had said.

Some days ago, it was announced that Konga had been bought by Leo Stan Ekeh, the chairman of Zinox Group, and it sent shock waves across the Nigerian and African tech/eCommerce ecosystem.

Jason Njoku, the founder of iROKOtv and friend of Shagaya’s has written an inspiring tribute to the business mogul.

“One day, Sim will share the true happenings of what really went down at Konga. I know more than most, but it’s not my story to share,” Jason Njoku wrote on Medium.

Njoku recounted how Shagaya and former Chief Operating Officer of Konga Shola Adekoya who later took over as CEO from Shagaya, “were always on hand to help out and give a young buck (Njoku) brutal and yet honest advice.”

“Nigeria Inc is shrouded in smoke, mirrors, mud and masculinity. Sim and Shola always opened up. From day zero. Before Konga. Before the tens of millions both of us went on to raise. Sim was looking to build beyond himself. He was always about the wider community,” Njoku wrote.

He also shared a mail he received from Shagaya in March 2012, where the latter was sharing a fund sourcing opportunity with him. Njoku said that was “the start of Kinnevik’s investing relationship with IROKO and my friendship with Sim.”

Thereafter, at least for me, and I am sure many others, Sim and Konga represented the shining light of what community, collaboration and a ‘New New Nigeria’ could be. All my investors used to point to Sim as what a great leader should be. ‘Build a world class executive team Jason’, see what Sim is doing? ‘Partnerships in Nigeria, Jason’, see what Sim is doing. ‘WTH Jason why aren’t you focusing on Nigeria like Sim?’.

Njoku says the Nigerian market “which turns dreams to ashes daily, just wouldn’t yield” even after Shagaya and Adekoya gave it their best. “There was overspending on everything because that’s what they felt they needed to do to ‘win this market’. There was no sense of impropriety,” he wrote, saying that Shagaya had 95% of his material wealth tied up in Konga and him and Adekoya “‘went down’ with their ship”.

“The market is pushing back any effort of rationalisation. It may be untameable,” he adds.

Njoku hailed Shagaya for his passion about a “New New Nigeria” and making a difference in the lives of people around him.

“Sim is heartbroken, I am sure…. I have no doubt he will go on to greater successes,” Njoku wrote, concluding “As for me? I am glad he gave me his thoughts when I stole his time with my small problems…. And I will continue to ‘be like Sim’.”