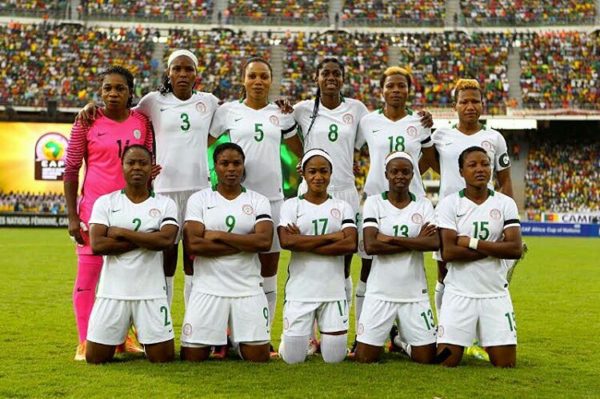 The Nigerian female football team, the Super Falcons, have pulled out of a 12-nation tournament set to begin in Turkey later this week.

According to BBC Sport, the Nigerian Football Federation (NFF) has cited visa issues for the move.

It was impossible for the team to sort visas and make it to the tournament in Turkey, so they had to pull out.

They only just finished playing the Wafu Cup on Saturday and had a short time-frame to sort out visas and other important logistics for the trip to Turkey.

Importantly, attention and preparations will shift towards the big friendly against France in April.

The team had just completed the Wafu championship, where they finished third.

They were drawn in Group B, along with France, Kosovo and Kazakhstan, in the 12-nation tournament scheduled to begin February 26 and last until March 7.

“I believe my father” – Ivanka Trump says after being questioned about U.S President’s Sexual Misconduct Accusations

Parkland School Shooting: Trump says he’d have confronted killer even if he had no Weapon