On the Run! Beyoncé and JAY-Z seen cruising on a Motorcycle in Jamaica 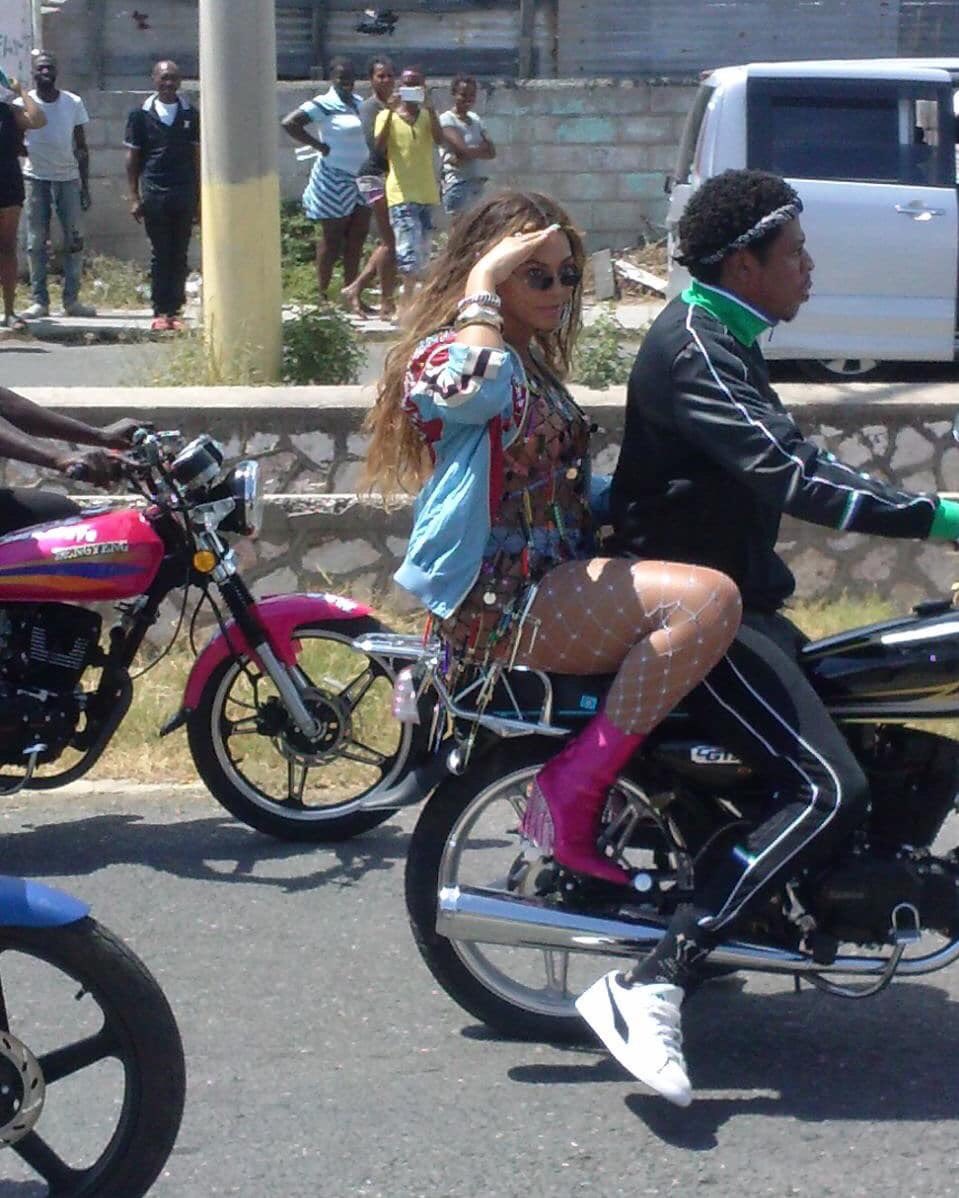 Music power couple Beyoncé and JAY-Z were spotted on a motorcycle in Kingston, Jamaica, riding around the streets.

In photos shared on Twitter, the two were seen riding around in Trenchtown, Bob Marley‘s famous hood.

Beyoncé, in fishnet stockings and pink boots, held on to her husband JAY-Z who was at the wheel.

JAY-Z was in Jamaica in 2017, paying a visit to Damian Marley who he featured on his critically acclaimed album “4:44.”

The couple is said to be in the country to shoot some footage for their upcoming tour “On the Run II.”

She said: "Goodaz" , "Mi want a picture with her" ???#Beyonce #BeyonceInJamaica #Jamaica pic.twitter.com/4PPnwIY9zb

Can’t Stop, Won’t Stop! #BlackPanther is the most Tweeted-about Movie of All Time

Omotola Jalade-Ekeinde is in Morocco for the Crans Montana Forum