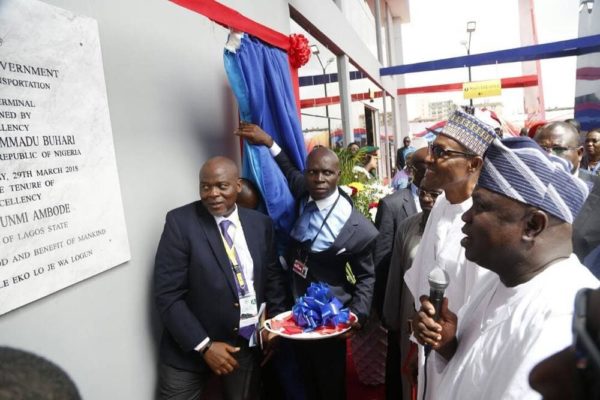 The president is currently on a 2-day visit to Lagos State, where he was to commission the project carried out by the state government.

Writing on his Instagram, the Lagos State Governor Akinwunmi Ambode announced the commissioning. He wrote:

The Ikeja Bus Terminal was officially commissioned by President Muhammadu Buhari. The Terminal is one of our flagship transport infrastructure under the State Bus Reform Initiative.

Journalists had reportedly been banned from covering the commissioning.

According to Sahara Reporters, officials claiming to be working under the directive of the presidency barred journalists from making their way into the terminal.

Malala Yousafzai returns to Pakistan the First Time since Shooting

Jim Ovia was at the 2018 World Economic Forum! Watch his Speech here