Have you seen the FIFA World Cup Trophy? Nigerian Football Federation receives the Trophy in Abuja

The original, solid-gold, FIFA World Cup Trophy, which has been on a global pre-World Cup tournament tour courtesy of The Coca-Cola Company, landed in Nigeria today, March 7th, 2018.

The trophy left Kampala, Uganda, and flew into Abuja as part of a global tour plan of 91 cities in 51 countries. On ground to receive the coveted trophy at the Nnamdi Azikiwe International Airport, Abuja, was the Hon Minister of Sports and Youth Development, Solomon Dalung, President of the Nigerian Football Federation (NFF), other key officials of the NFF, representatives of Coca-Cola, cultural troupes and many football-loving members of the public. 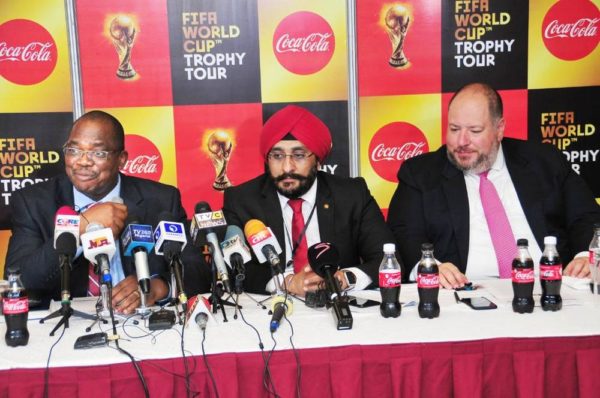 With Nigeria’s Super Eagles qualified to participate in the 2018 World Cup in Russia, Nigerians have great expectations and the showcase of the World Cup in Abuja and Lagos is building up fans’ excitement ahead of this year’s FIFA World Cup tournament– in which Coca-Cola is a favorite.

An excited Managing Director of Coca-Cola Nigeria, Bhupendra Suri, noted that with Coca-Cola’s passion for football and Nigeria’s undying love for football, Coca-Cola is pleased to spread the World Cup happiness as part of efforts to get football fans ready for the greatest sporting fiesta come June 2018 in Russia. From the Abuja International Airport, the Trophy proceeded to the Transcorp Hilton for a press engagement with the media before moving to the Presidential Villa where President Mohamadu Buhari received the Trophy. The President is the only personality in Nigeria authorized to touch the Trophy. A dinner was also organized at the Banquet Hall of the State House in honor of the Trophy. 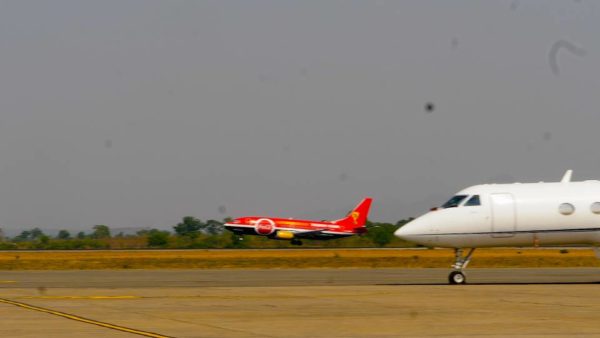 From the Presidential Villa, the Trophy proceeded back to Transcorp Hilton for a VIP viewing dinner.

The FIFA World Cup Trophy™ will be available for viewing by the general public at the Abuja Old Parade Ground on the 8th and 9th March 2018. 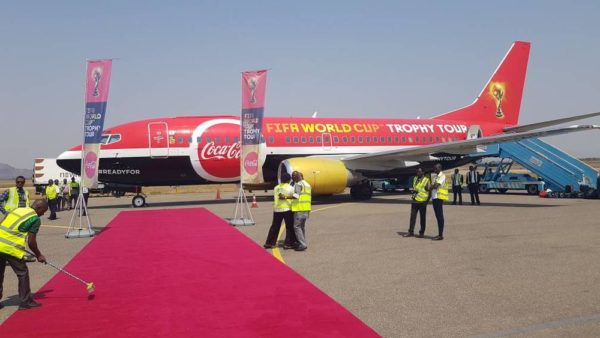 The football season has officially kick-off.

Peculiar Okafor: Are We Really Allowed to Be Ourselves?