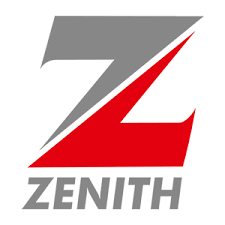 The Founder/Chairman, Zenith Bank Plc, Jim Ovia, on Tuesday, re-affirmed his support to the Lagos State Security Trust Fund by pledging an additional 150 percent of previous donations to the Trust Fund. He made the announcement on behalf of Zenith Bank Board of Directors during the recently-concluded parley with the Governor of Lagos State, His Excellency, Governor Akinwunmi Ambode on Tuesday, March 6th, 2018 at the Lagos Means Business forum at Eko Hotels & Suites.

He commended the Government of Lagos under Governor Ambode, for encouraging an enabling environment for businesses in Lagos State, particularly pointing out the remarkable improvement in security across the state. According to him, the Lagos State Security Trust Fund has become a model for other states across the federation. He thus encouraged other private sector stakeholders to increase their contribution in funding the security initiative.

While stating the nature of security in Lagos State, he lauded the leadership style of Governor Ambode, likening the state to an incorporated enterprise being so efficiently run by its Chief Executive Officer, in this case, Executive Governor Ambode.

The FIFA World Cup is in Naija! These are 5 Things we Look Forward to at the Trophy Tour Event

Have you seen the FIFA World Cup Trophy? Nigerian Football Federation receives the Trophy in Abuja