The released girls and their parents were transported to the Presidential Villa to see the president.

President Buhari, receiving them, in his speech said he was delighted to announce their release.

He said security agencies have been directed to ensure another abduction does not take place. If it does, he said, security chiefs have been warned that it will be “viewed seriously.”

Read the full speech below:

I am delighted to formally announce to Nigerians this morning and our International friends and partners that One Hundred and Seven (107) students (105 Dapchi Schoolgirls + 2 others) previously abducted, have been unconditionally released by their abductors.

This cheering and hearty development signifies our commitment to the security and wellbeing of all Nigerian.

We are never in doubt about our focus and direction since the assumption of this Administration. Security, anti-corruption and revamping of our economy are the main focus of our Government.

You will recall that on 14th of this month, I paid a visit to Yobe State during which I sympathized with the parents, families, Government and people of the State on the tragic abduction of the students in Dapchi.

I made a solemn pledge on my word of honour that this Administration would do everything possible to ensure the unconditional release of the girls.

I further tasked all the appropriate security agencies to safely bring back the girls. We also reached out to our contacts at home and abroad. We embarked on backchannel shuttles with a clear view to bringing to an end this tragedy.

We entered into negotiations solely to make sure that no single girl was hurt. This strategy paid off as the girls have been released without any incidents.

Let me reemphasize our Administration’s commitment to the fight against terrorism and insurgency, and also call on all Nigerians, to join in this task.

The security services have since been directed to put in place further measures around all schools vulnerable to attacks to ensure the safety of our pupils/students and teachers and school workers.

I have tasked all the security agencies to work to ensure that we do not witness any reoccurrence of these incidents. Security Chiefs have been warned in clear terms that any lapse on their parts will be viewed seriously.

To the rescued students, we want to reassure you as our daughters, that you will freely live and pursue your dreams in Nigeria of peace and order, without fear of violence or molestation.

While parents of the Dapchi girls rejoice because of the reunion with their children, I want to appeal to the Chibok Community never to lose hope or to despair.

We are determined as never before, to bring back our remaining Chibok daughters. And this, we must accomplish. And that will be soon, by God’s grace.

While further efforts are being made to secure the release of every abducted citizen in Nigeria, Government is ever ready to accept the unconditional laying down of arms by any member of the Boko Haram group, who show strong commitment in that regard.

We are ready to rehabilitate and integrate such repentant members into the larger society.

This country has suffered enough of hostility. Government is therefore appealing to all to embrace peace for the overall development of our people and the country.

May I also warn against those elements who have chosen to make political fortune of our citizens’ misfortune.

Government would not tolerate any attempt by any person or group to trivialize or politicize security issues for politically motivated ends. Accordingly, security agencies would not hesitate to decisively deal with such unscrupulous characters.

Finally, I thank all Nigerians, who in spite of political differences, prayed and showed solidarity with families of the abducted students, during the period of the abduction.

This, undoubtedly, is the Nigerian spirit. We can and should sustain it beyond moments of sorrow.

I remain thankful to the International Community and our friends who offered varying degrees of assistance during the backchannel communications.

May I, on behalf of the Government and people of Nigerian, extend our appreciation to the security agencies for their loyal and tireless efforts in making this day a reality.

Thank you and may God bless our country. 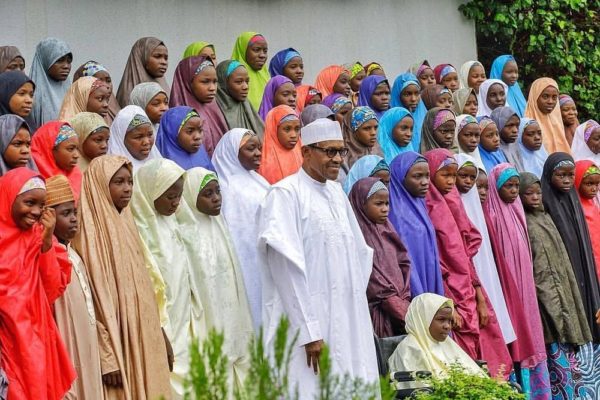 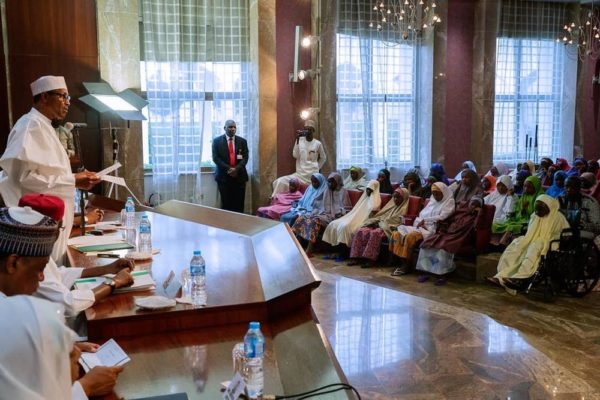 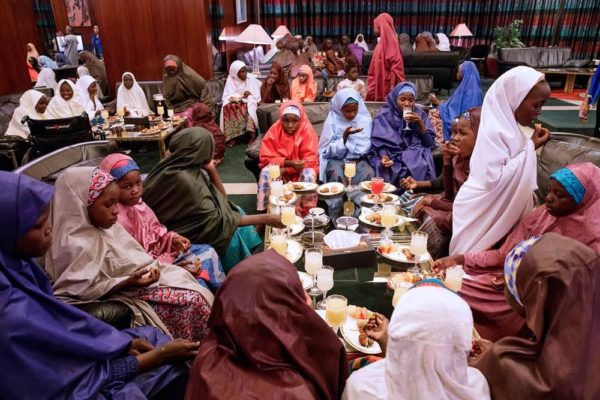 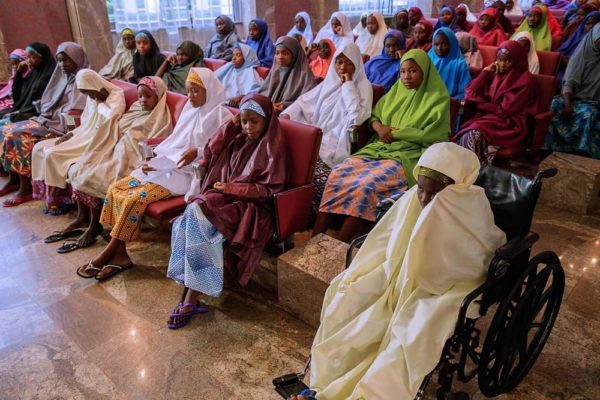 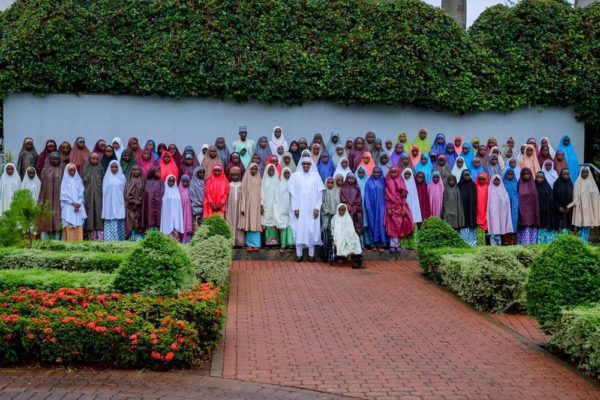 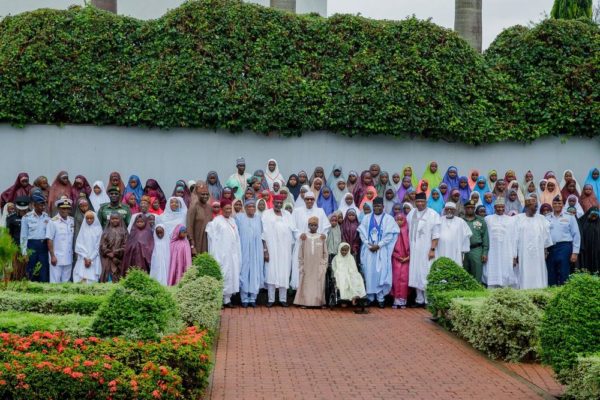 The freed Dapchi Girls are here. President @MBuhari will be meeting with them shortly. pic.twitter.com/guWENPlNJM

Yoruba Council of Elders to Arewa Consultative Forum: The North “represents all that is wrong with Nigeria”