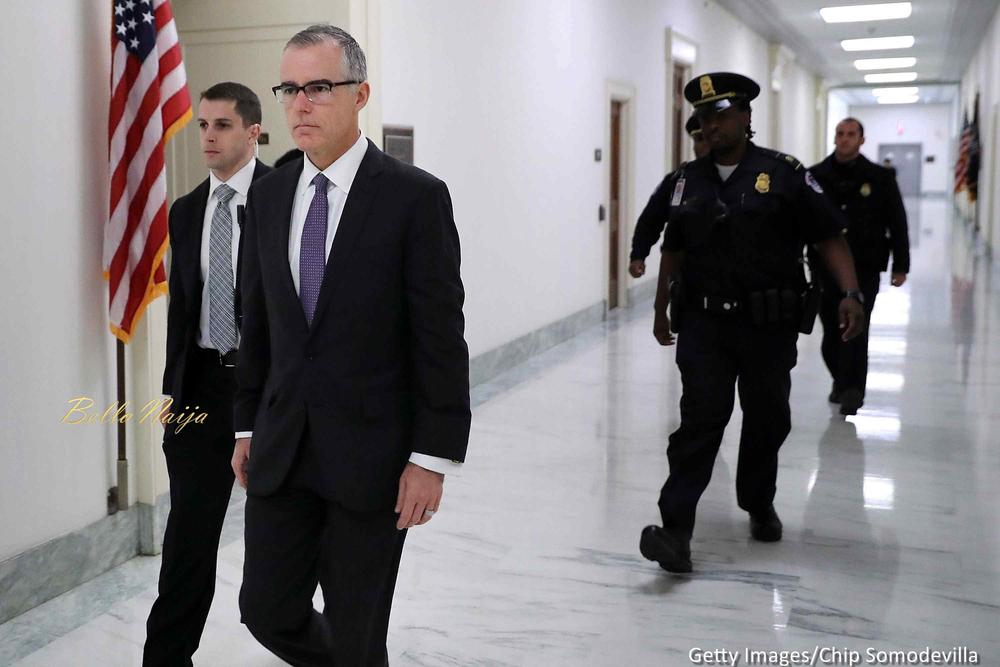 FBI Deputy Director Andrew McCabe has been sacked by US Attorney General Jeff Sessions after internal review revealed that he leaked information and misled investigators.

US President Donald Trump who has been accusing McCabe of favoring the Democrats praised the decision to sack him by Sessions;

Andrew McCabe FIRED, a great day for the hard working men and women of the FBI – A great day for Democracy. Sanctimonious James Comey was his boss and made McCabe look like a choirboy. He knew all about the lies and corruption going on at the highest levels of the FBI!

Defense Minister says Nigeria is closing in on #DapchiGirls