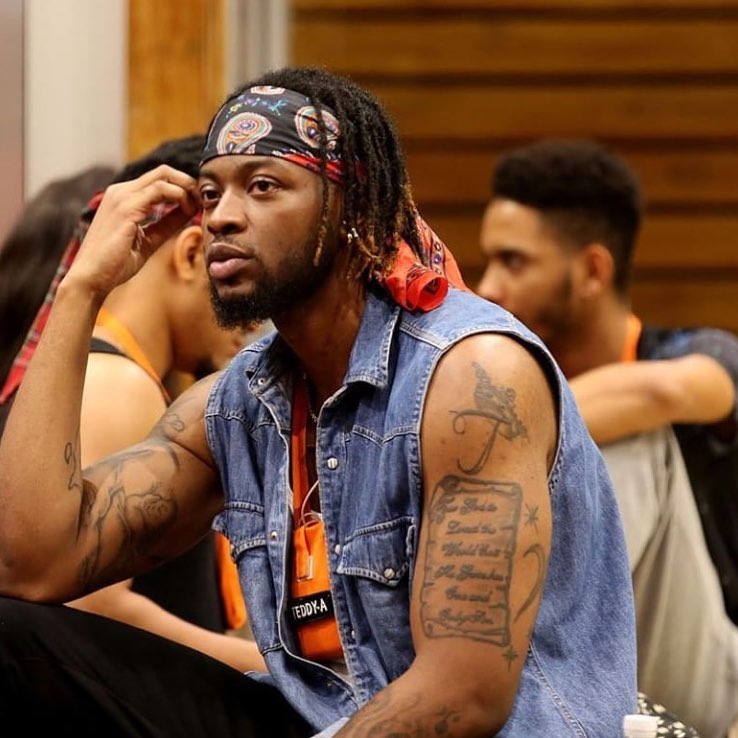 This year’s edition of the Big Brother Naija reality show is almost at the midway point and the drama is getting more intense as the days go by, both inside and outside the house.

Fan favorite Teddy A has been talked about the most this evening and surprisingly, not for his actions in the house. Apparently, details of his past arrest records in the US leaked online and fans are having a field day discussing it.

According to Who Got Arrested, Teddy A (real name Tope Adenibuyan) has been arrested three times in Texas for offences ranging from driving without headlights, speeding to displaying expired License Plates & Registration.

This has caused quite the discussion online as his fans are defending his actions while others are condemning it.

If Nigeria is like US half of the ppl here would have been to jail tire…… teddy has said it tire that he was locked up for a month….. try new smear campaign…… our love for teddy cant be decoded…. we love all his imperfections die !!!!!! #BBNaija

Its like people dont know the love we have for Teddy A abi?Dont stop digging &hating o.The more you try to hurt that young man,the more we stick with him like glue. Incase u didnt hear the 1st time,imma say it one more time.We’re sticking through his good&rough moments❤#BBNaija

Teddy A went to jail for minor thing Driving with no headlights,not his fan but yall can be unnecessary tarnishing other people images for likes #bbnaija

So this photo is making the rounds. Why? Teddy A is an ex-convict. So freaking what?! And to think that 90% of us are guilty of the crimes for which he was arrested for! Except that in Nigeria, we settle ours with bribes! #BBNaija pic.twitter.com/sAhK47sHwP

My brother was once arrested for not parking his car “correctly” after being stopped by the American police. Give us something else please, the way y’all trying so hard to defame Teddy A does not make sense Lmaooo #BBNaija

My brother was once arrested for not parking his car “correctly” after being stopped by the American police. Give us something else please, the way y’all trying so hard to defame Teddy A does not make sense Lmaooo #BBNaija

A lot of people have been to Yankee jail for one reason or the other, Teddy A did not kill anybody so I don’t understand the big deal y’all making about him having been to jail before. Low-life MFs #BBNaija

Jail bird Teddy A is an ex convict. #BBNaija pic.twitter.com/HW6863Suzy