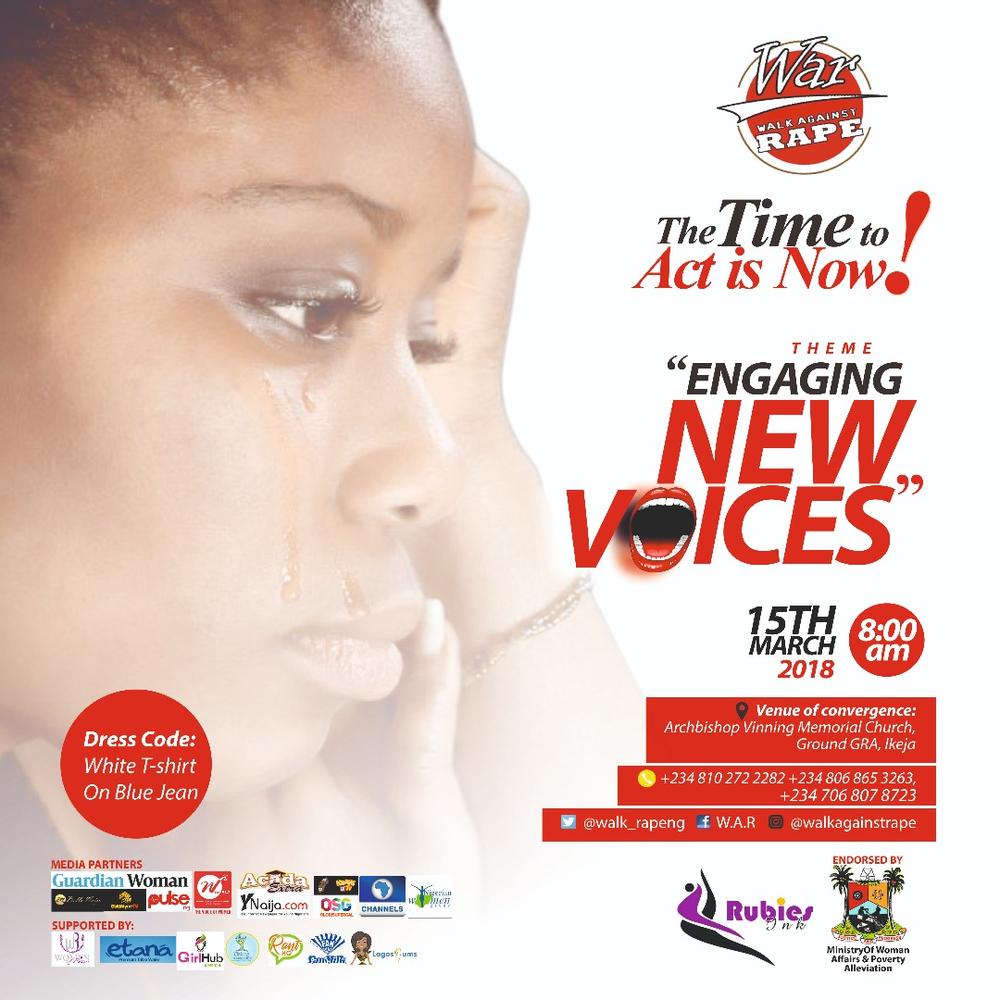 The seventh edition of the much awaited Walk Against Rape campaign is slated to hold on March 15th 2018. New ambassadors have been signed up to join other existing Ambassadors such as Adekunle Gold, Lami Phillips, Toke Makinwa, Dayo  Amusa,  Annie Idibia, Ini Edo, Oc Ukeje, Joseph Benjamin, Kehinde Bankole and others.

Walk Against Rape Campaign is a special demonstration that brings together mothers, fathers, guardians, teachers, youth advocates, social activists, actors, actresses, sports men, media practitioners, musicians, DJs, comedians, youth organizations, showbiz personalities and student delegates from various higher institutions and secondary schools around Lagos State to lend a voice to sexually abused persons (particularly women and children), and also show their support for the course of bringing an end to rape in Nigeria where the number of rape cases is on the increase.

According to the National Coordinator, Esther Ijewere,

Our aim is to help in encouraging victims to speak out and reduce the stigmatization attached to the victims of sexual abuse and rape as well as use ‘Walk Against Rape’ as a platform to inform the society about the soaring scourge of sexual abuse especially as it relates to young girls and women in general.  The theme for this year is “Engaging New Voices”. The idea behind this theme is to engage social media influencers whose voices people can identify with and to also educate them on the need to verify rape stories before publishing online, advocate for Justice and also use their platform to disseminate information about help centres.

The walk  will kick off by 8am from the Archbishop Vinning Memorial Church Ground GRA Ikeja to the Point of destination at the Ministry of Women Affairs Alausa, where we they will be received by the Commissioner; Hon. Lola Akande.

The dress code is the official Walk Against Rape t-shirt with blue jeans. 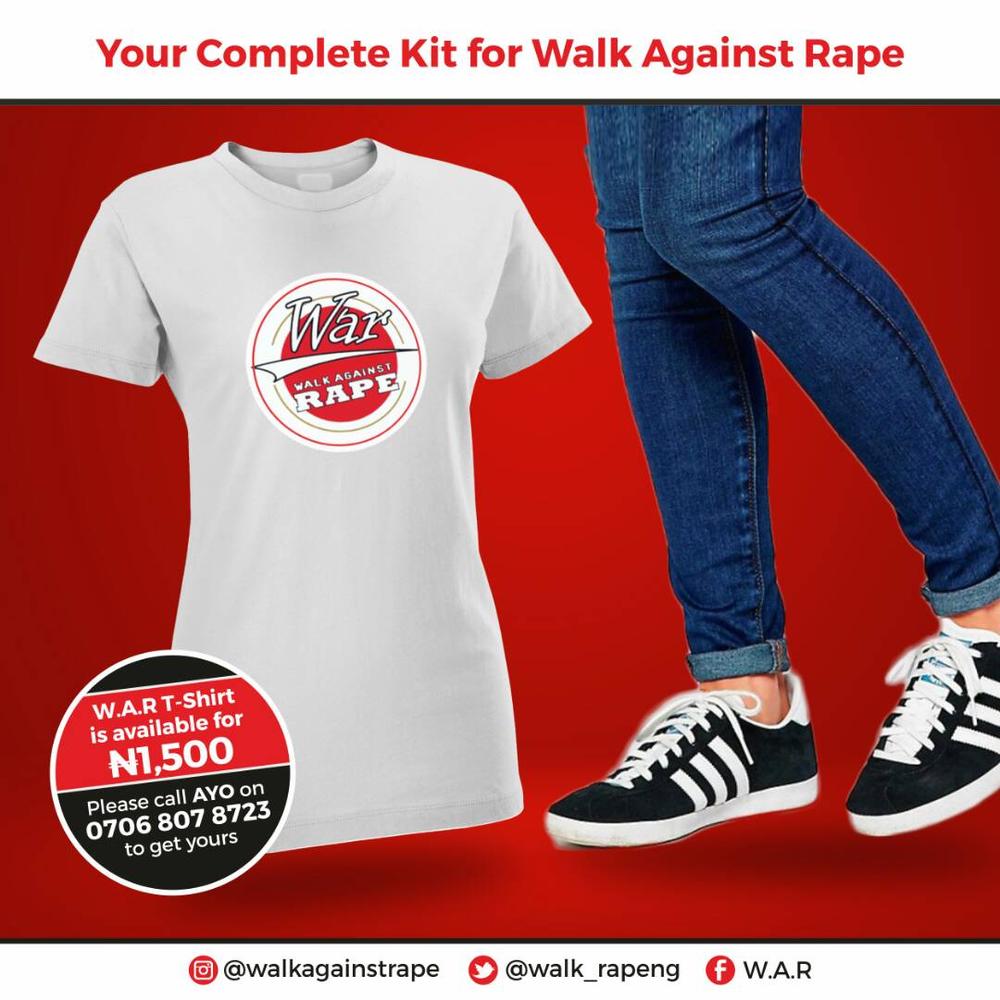 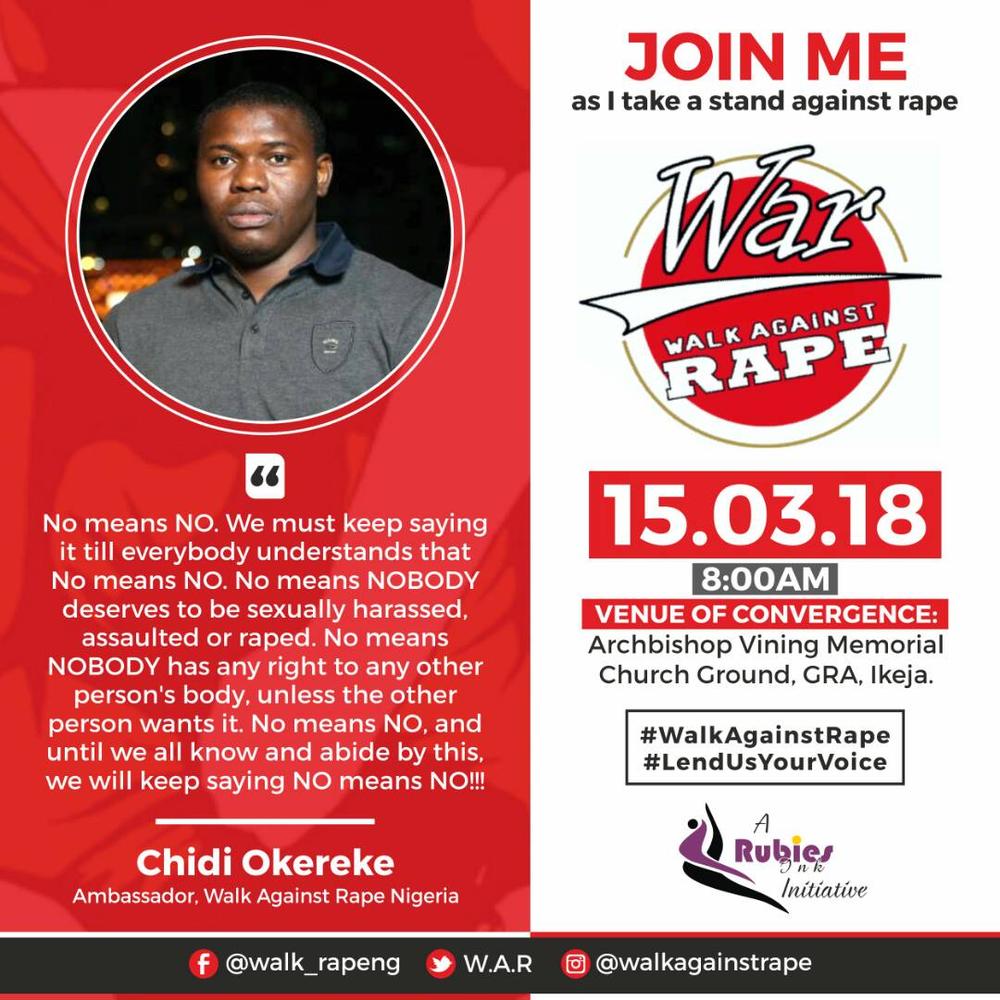 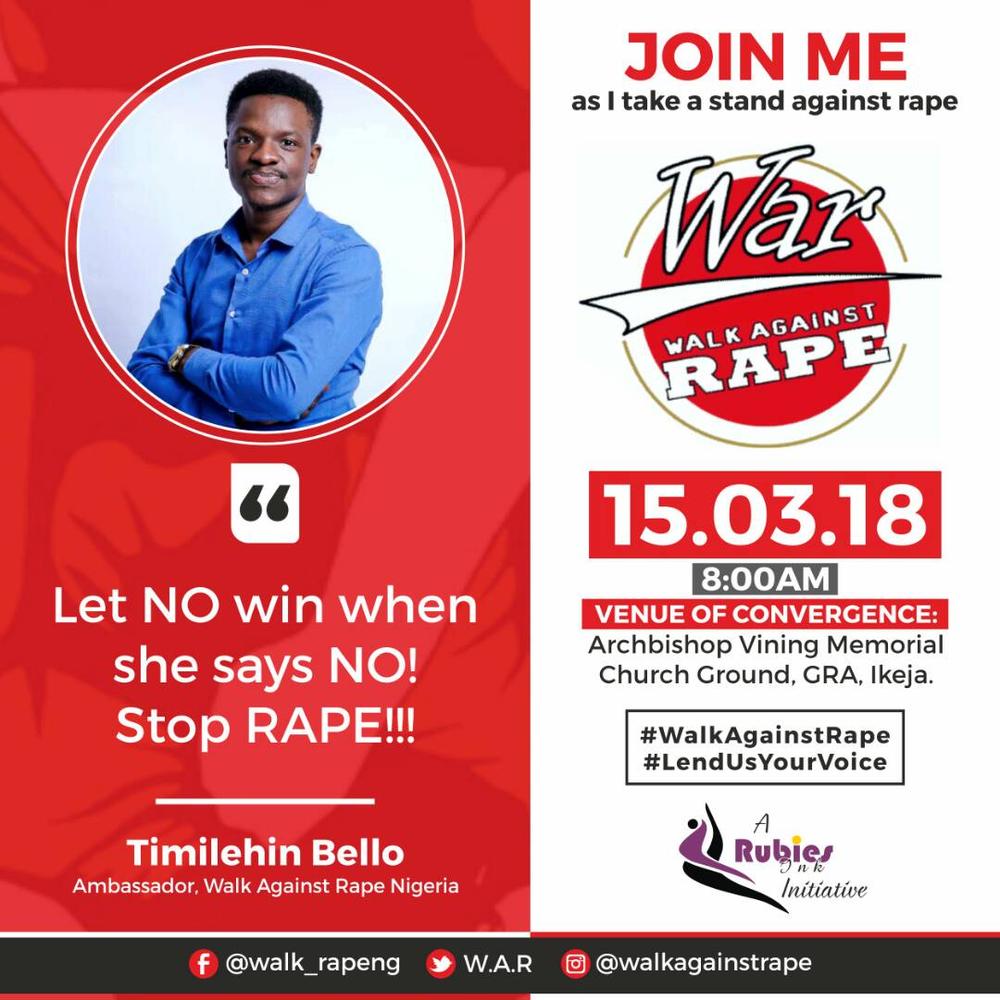 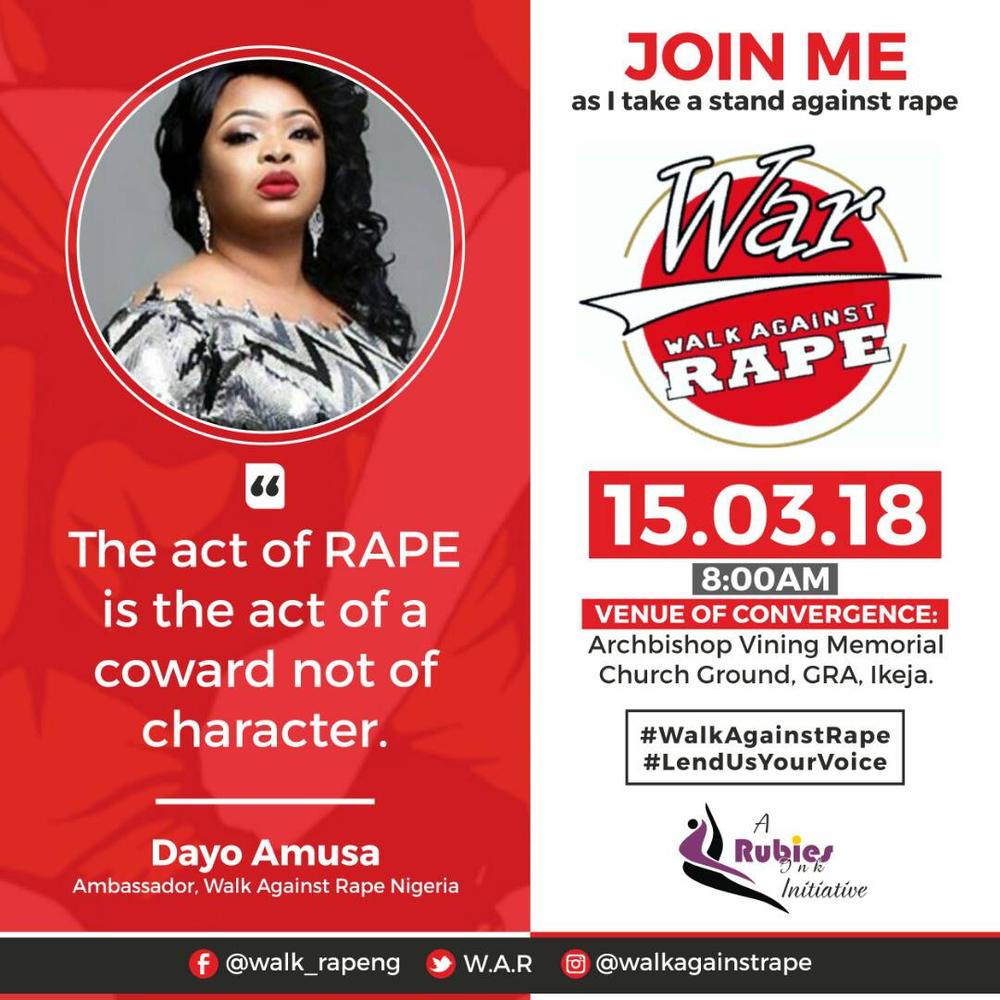 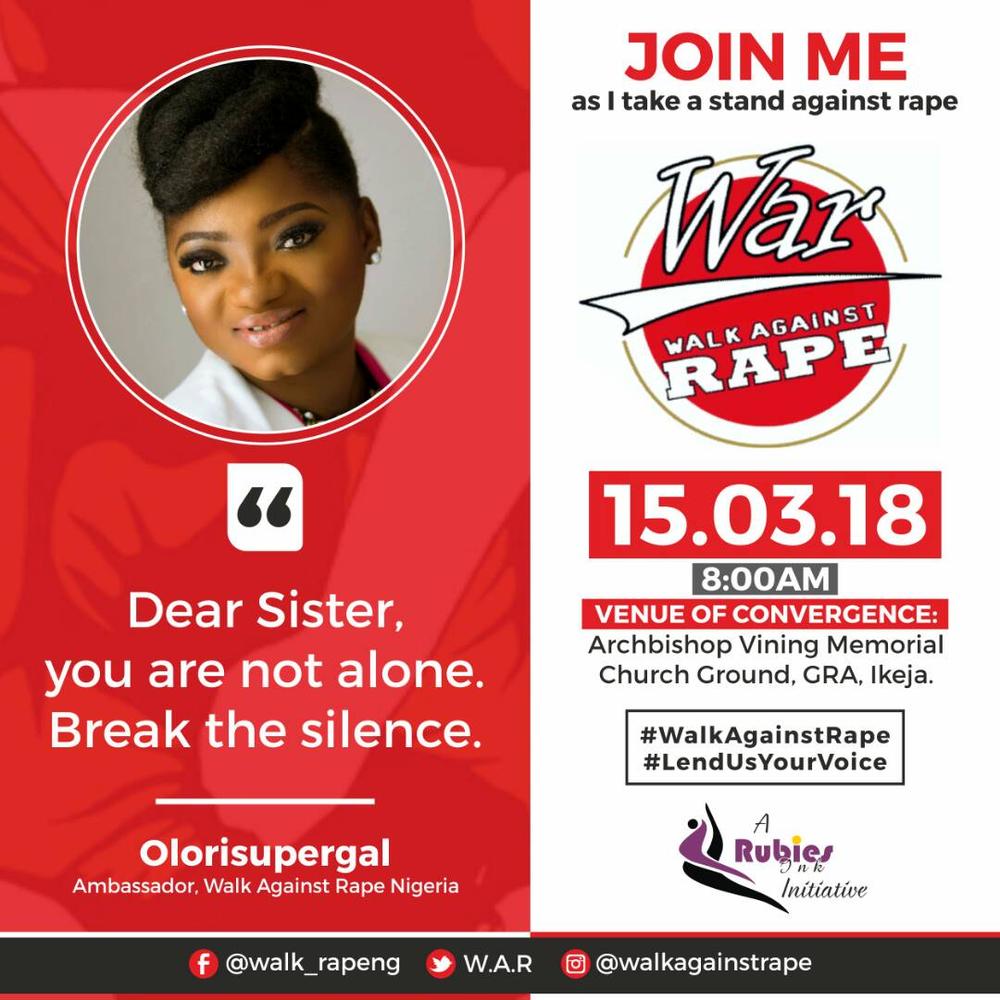 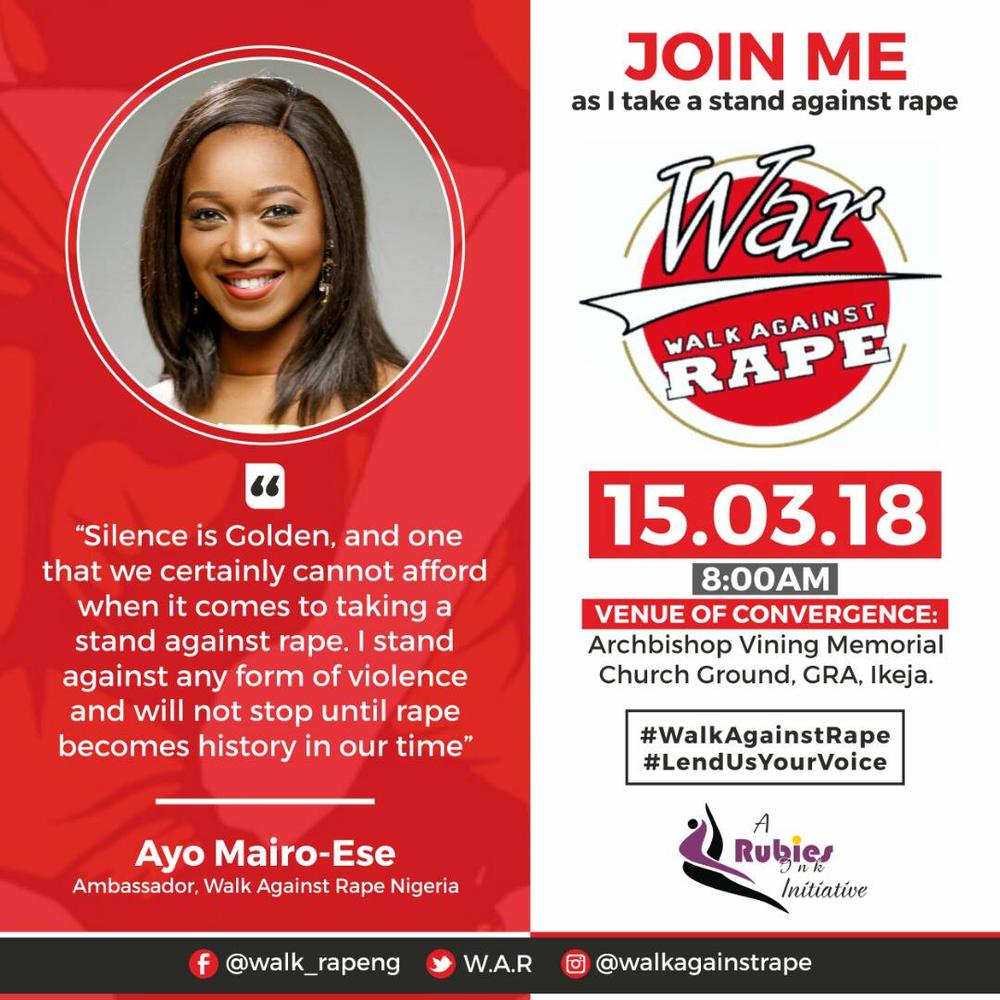 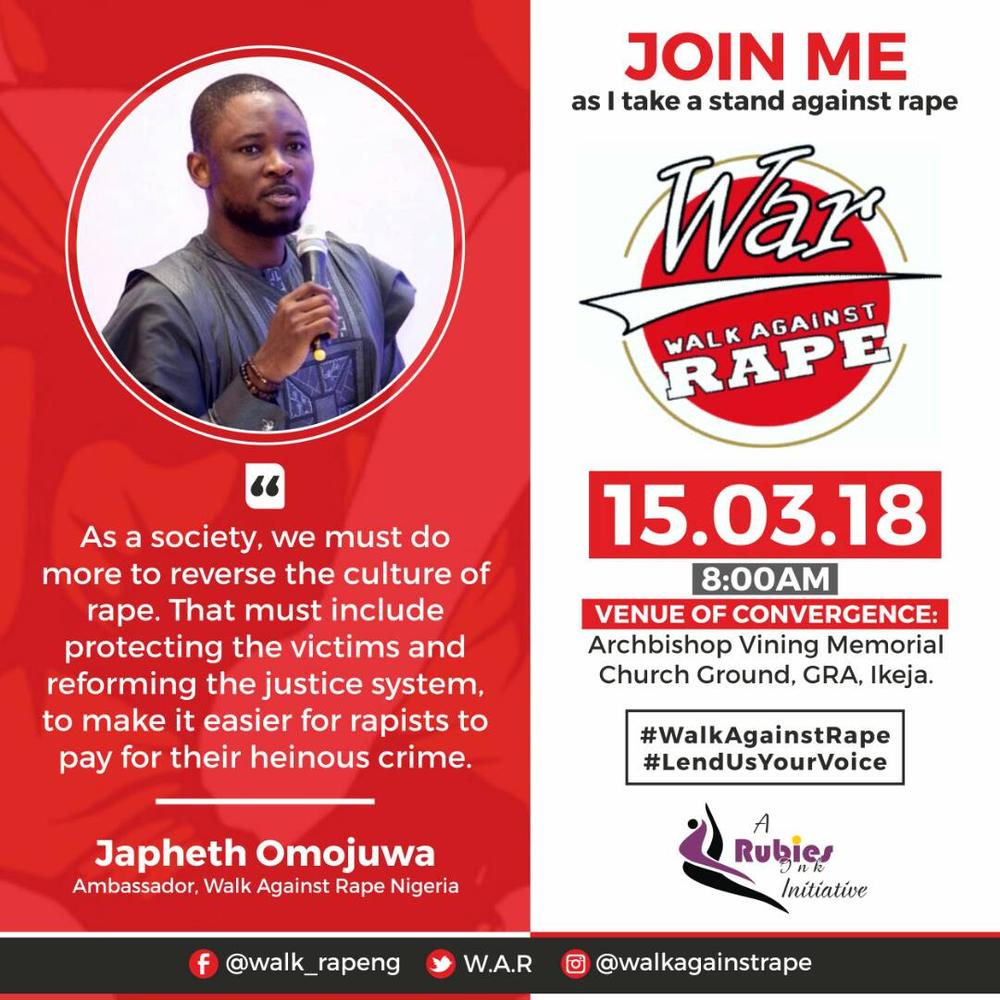 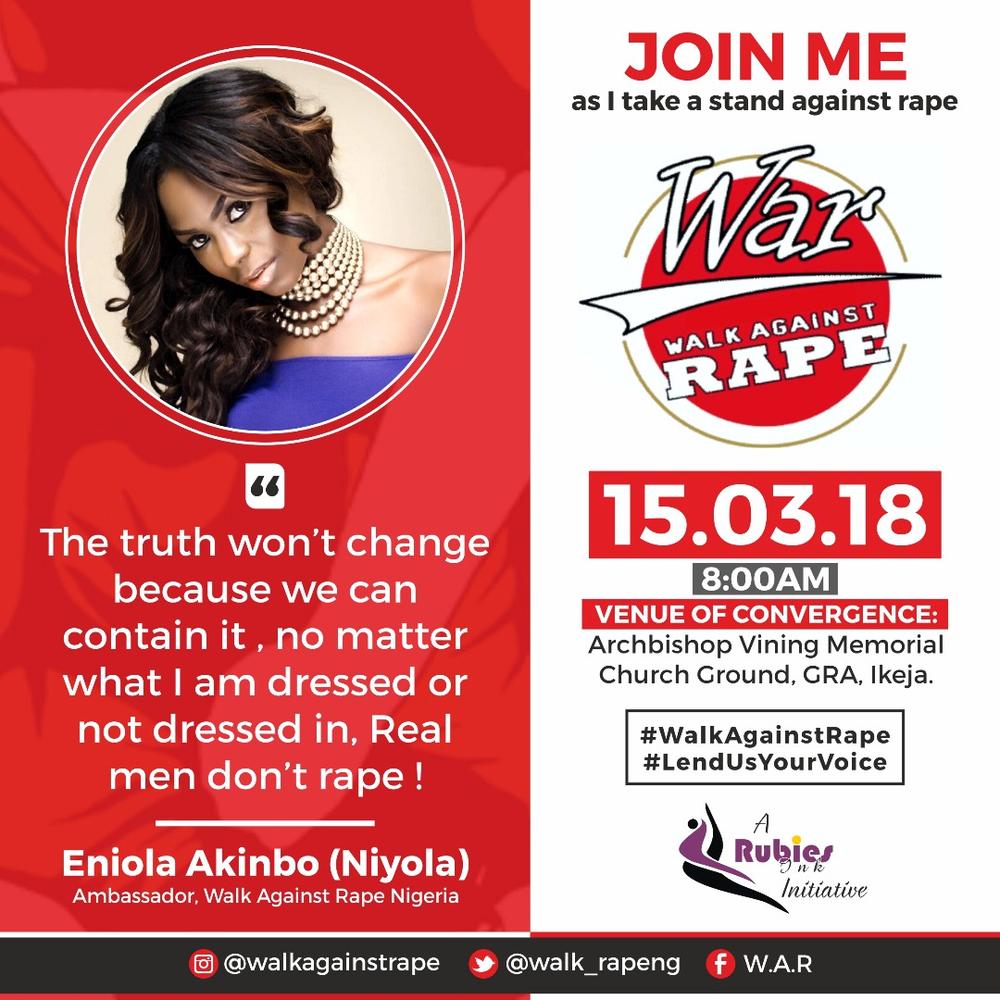 BellaNaija is a Media Partner for Walk Against Rape