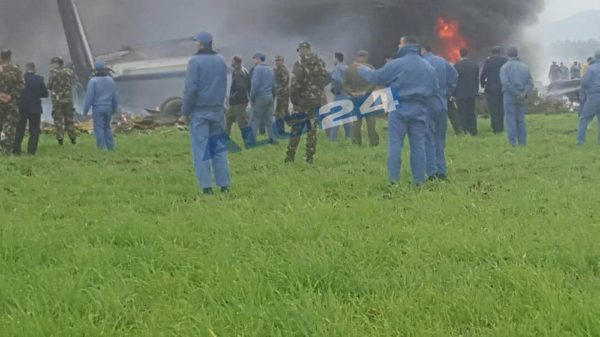 A military airplane has crashed in Algeria, killing at least 100 people, Al-Jazeera reports.

The military plane crashed soon after takeoff in a farm field in northern Algeria near the Boufarik airbase, outside Algeria’s capital, Algiers.

The plane was carrying troops and was headed for a military base in Bechar, southwest Algeria.

Speaking to The Associated Press, Mohammed Achour, chief spokesman for the civil protection agency, said: “There are more than 100 deaths. We can’t say exact how many at this point.”