It's World Malaria Day! Here's all you Need to Know about the Malaria Scourge 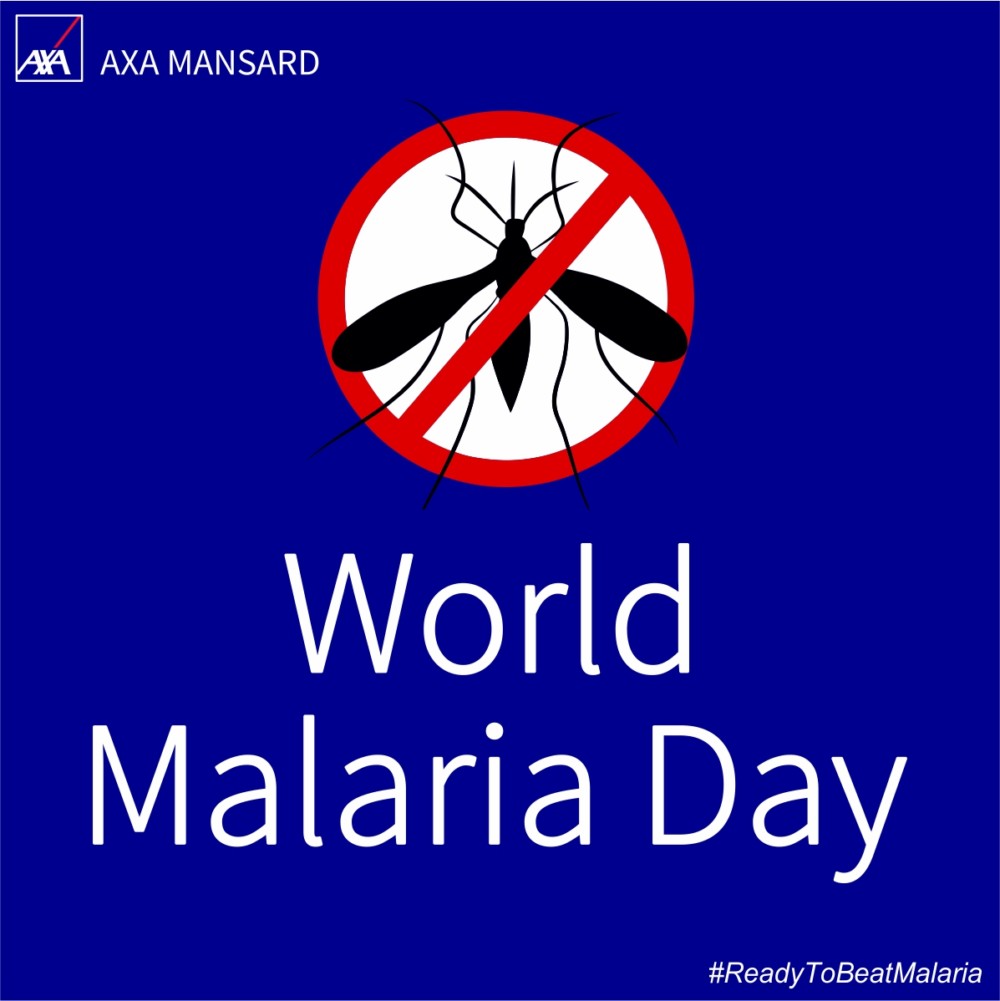 Malaria remains the most important public health parasitic disease and a major global health problem with the greatest burden in sub-Saharan Africa. Malaria is so widespread that it is virtually impossible to come across any Nigerian who has never had malaria or had a family who developed it.

According to WHO, an estimated 445,000 people out of 216 million cases died from malaria in 2016; 90% of this is accounted for by Africa. Malaria kills over half a million children less than 5 years of age each year. Nigeria accounts for 25 percent of the world’s malaria burden. The global burden of malaria is huge; accounting for more deaths than HIV/AIDS.

Malaria is caused by the parasite Plasmodium. It is transmitted by a type of mosquito known as the Anopheles mosquito.  These mosquitoes are a host to the parasite and transmit it to humans during a blood meal – when they bite humans.

The common symptoms of malaria – headache, chills, and fever are mild and are not just specific to malaria, this sometimes makes it difficult to recognize as malaria.

Although anyone can be affected, children under five and pregnant women are the most vulnerable; and because of this, preventive treatment in pregnancy with the antimalarial drug sulfadoxine-pyrimethamine is recommended by WHO to protect pregnant women. This drug is administered during routine ante natal visits.

As huge as the malaria burden is, there is poor awareness of its magnitude. The high cost of health care also impacts this, as having to go to the clinic often may become a financial burden. The current most effective anti-malaria drug used to treat the uncomplicated form, is the artemisinin combination therapy (ACT). It contains artemisinin and a partner drug, the cost of which can be expensive for low income families since malaria is a disease that reoccurs often.

Even though malaria is wide spread, it is preventable, one of the key strategies to prevent malaria is vector (mosquito) control. Mosquitoes breed on stagnant water, and so by removing stagnant water from the immediate environment, vectors are effectively controlled. Discarded tyres, untended pools, and any container that could hold stagnant water are possible breeding grounds for mosquito. Bushes and weeds near the home are resting sites for mosquitoes.  General sanitary practices such as maintaining a hygienic drainage system, clean environments, proper waste disposal, removal of stagnant water, are effective ways of controlling the vector, mosquito. The use of insecticide-treated nets and indoor spraying with insecticides are popular measures for vector control. The major problems in the control of malaria are: resistance of malaria parasites to drugs and insecticides, proliferation of counterfeit drugs; self-management, inadequate health facilities, inadequate local research efforts and poor health practices by individuals and communities.

Healthcare can be expensive, besides that, falling sick exerts both financial and social burden, it also affects productivity.  About N132 billion is lost annually due to malaria – cost of treatment, cost of malaria various malaria program, manpower and productive time loss. Having a health insurance cover is a sure way to reduce out of pocket expenses and reduce financial burden of treatment.  A health insurance coverage for the family could also offer preventive treatments during vaccinations and ante natal visits. Easy and affordable access to healthcare promote prompt diagnosis and treatment, these are important measures to reduce mortality from this disease.

AXA Mansard Health’s EasyCare is a retail health insurance plan from AXA Mansard which offers you the rare combination of affordability, convenience, flexibility and quality health care in one solution for as low as N12,000.

The fight to reduce the malaria burden is on. Nigeria has made significant progress in the battle against malaria, mortality rates among children under five years have reduced by 18 percent, while infection rates declined by 15 per cent.  We have a global target to reduce the global disease burden of malaria by 40 percent by 2020, and by at least 90 percent by 2030.

For Nigeria to be free from the scourge of this epidemic, commitment and participation from every member of the society is necessary.

In a Bid to educate Boys on Sexual Violence against Women, WARIF launches Boys Conversation Cafe