The explosion had affected another car behind the tanker, the two vehicles catching fire.

It is unclear what caused the explosion but the fire was eventually put out.

See photos and a video of the fire below: 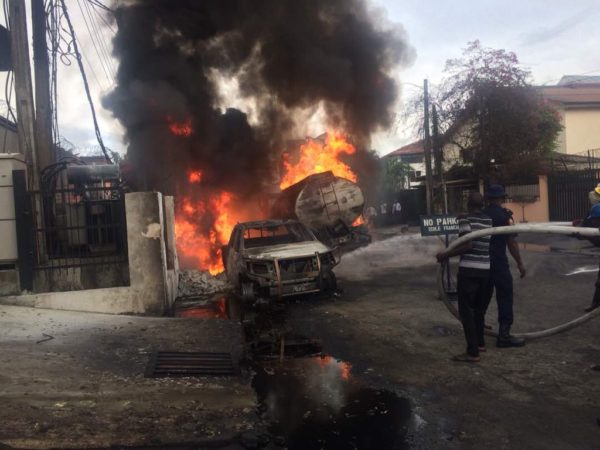 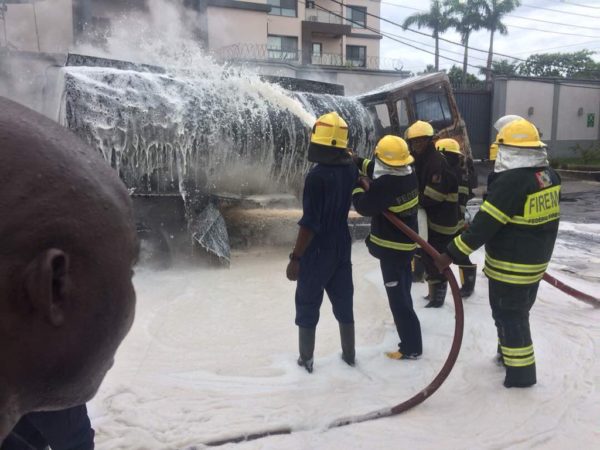 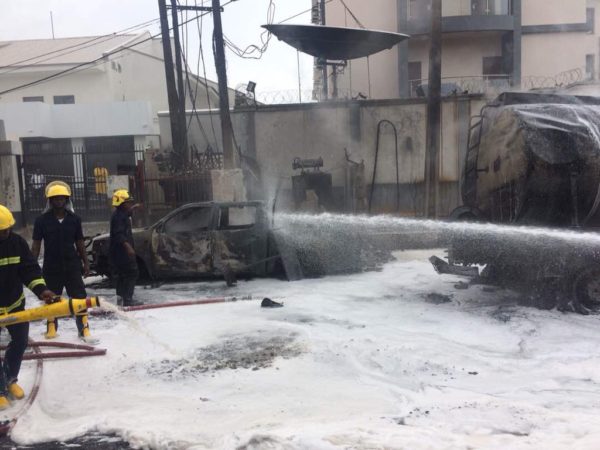