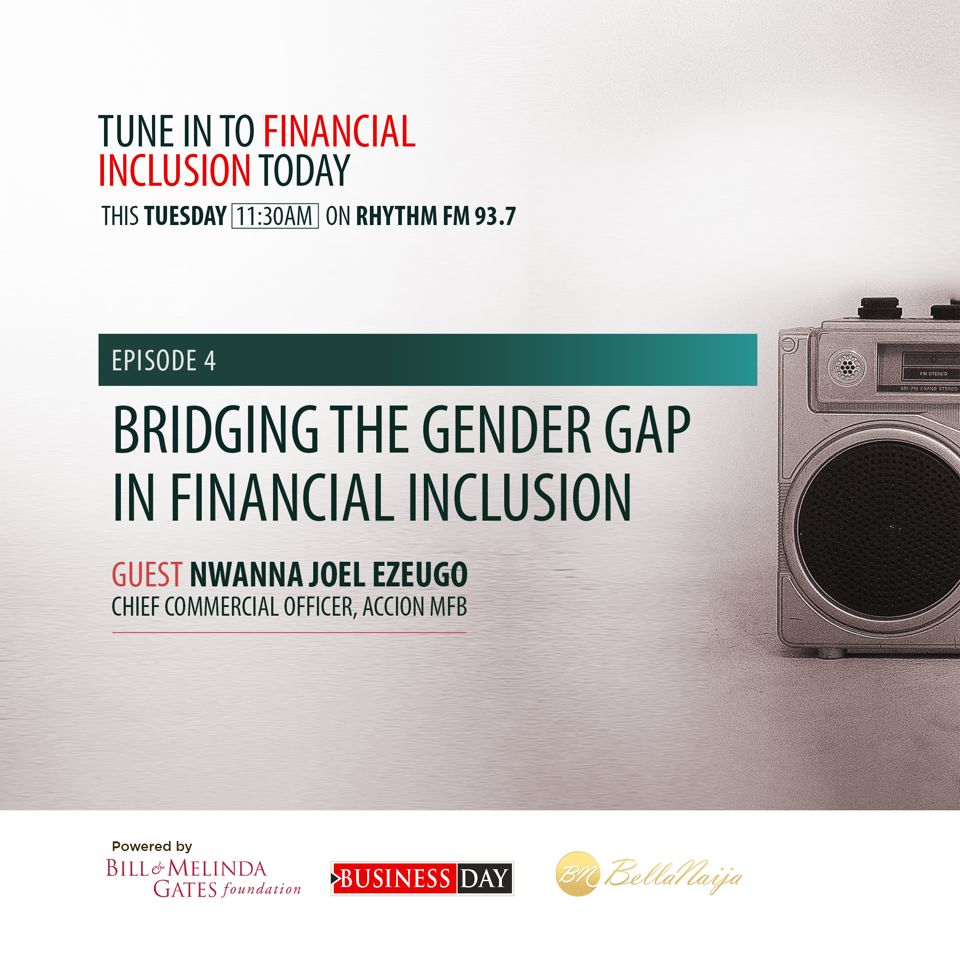 Unsurprisingly women continue to fall behind in the fight for Financial Inclusion in Nigeria and worldwide. Did you know that according to a World Bank report, 51% of men in developing nations had bank account in comparison to 27% of women? These numbers ultimately show that women behind worldwide are being left behind.

Did you know that some women in the most conservative parts of Africa have to ask their husbands for permission to open a bank account?

Did you know that many rural women, especially in northern Nigeria live so far away from banking institutions that the effort and transportation to get there outweighs the need to be banked?

How are banks attempting to solve this issue?

Listen to Episode Four below:

Listen to previous episodes below:

BellaNaija is a Media Partner for Financial Inclusion Today