'You were a Queen before him, You'll be a Queen after him' - Nicki Minaj dishes out Relationship Advice

American rapper Nicki Minaj had time today as she took to her twitter to give relationship advice to women.

The rapper revealed she had been proposed to 3 times as well asked by 4 of her previous partners if she would have their child. Nicki also spoke to women who are in toxic relationships, urging them to know their worth and not endure because of social media standards.

She added that they should strive for being equally yoked in the relationship stating that spirituality was key. 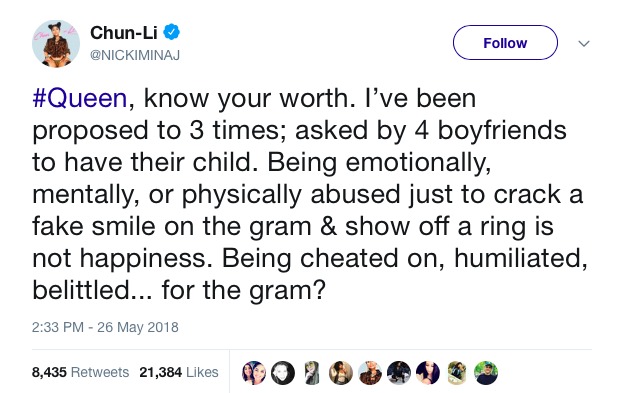 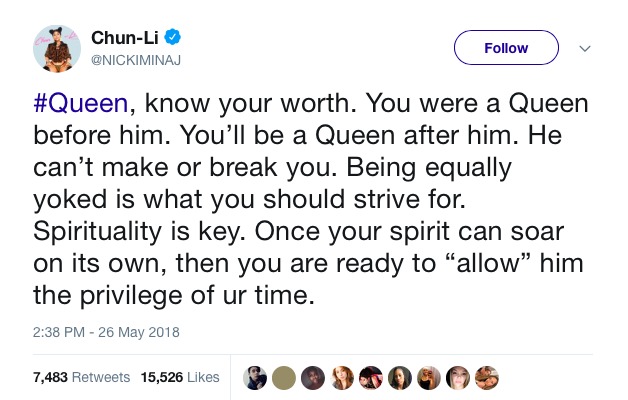 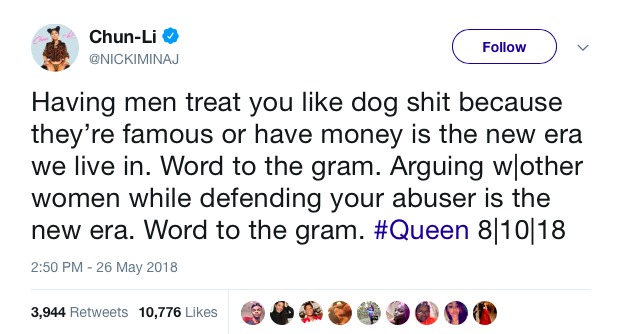 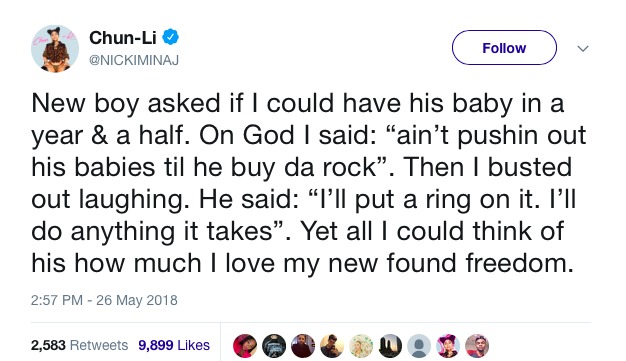