Newly titled Duke of Sussex Prince Harry had on one of his trips to Southern Africa struck up a friendship with an orphan from Lesotho 14 years ago.

Mutso, the boy, was just 4 years old at the time, and according to Daily Mail, the two had struck up a friendship and have stayed in touch since.

The two had again met up in 2015 when Prince Harry returned to the country.

Prince Harry hugs ‘Mutso’ a young boy he made friends with on his first visit to Lesotho. (Photo by Chris Jackson/Getty Images for Sentebale)

Mutus was one of the representatives of Sentebale, a charity founded by Prince Harry and Prince Seeiso of Lesotho, at the wedding, and he got a prime spot.

The prince was seen waving at his old friend and giving him a thumbs-up as he made his way into the cathedral with his brother and best man Prince William. 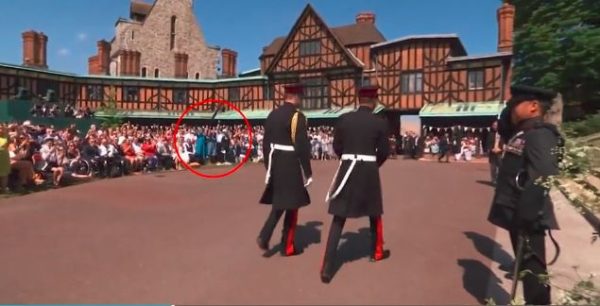 The Sentebale representatives later shared a photo of themselves on the Windsor grounds, congratulating the newly wedded couple.

Congratulations to the new Duke and Duchess of Sussex, from everyone at @Sentebale ? We were delighted that some of our Lesotho team were able to join in the very special celebrations in Windsor today! #SentebaleCelebrates #RoyalWedding pic.twitter.com/DQ6Gwsl1ri

Your Better Self with Akanna: Lessons From Beth Moore’s Book, ‘So Long Insecurities’

“Who says you can’t have it all?” – Linda Ikeji confirms she’s getting Married!