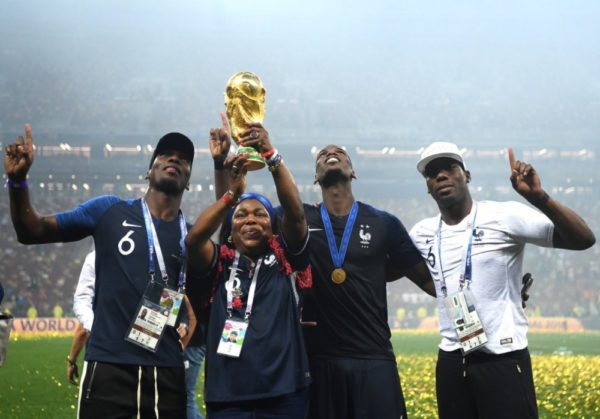 French player Paul Pogba scored one goal in the 4 – 2 thriller that was the final against Croatia.

At the stadium were Pogba’s two brothers, also footballers, and their mother.

After the win, both brothers and Pogba’s mother came to the pitch. The trophy was handed to Momma Pogba (Yeo Pogba) to lift, flanked by her three sons.

Lil’ Bella says: Be the change you need