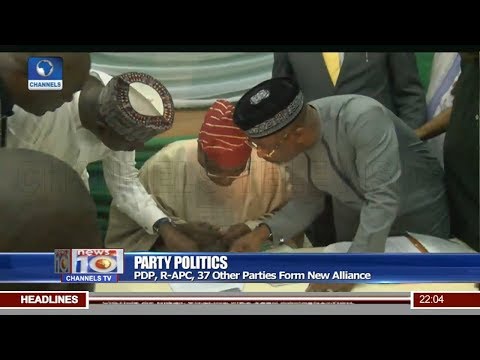 The People’s Democratic Party, African Democratic Congress (ADC) – an offshoot of President Olusegun Obasanjo‘s Coalition for Nigeria, Social Democratic Party, Labour Party and over 30 others have formed a coalition to defeat the incumbent government in 2019.

According to Channels TV, the parties announced that they will operate under the Coalition of United Political Party (CUPP), after signing a Memorandum of Understanding (MoU) when they met at the Musa Yar’Adua Centre in Abuja on Monday.

According to the MoU, all parties will remain as individual entities, but will work together to oust President Muhammadu Buhari‘s administration in 2019.

Soldier & Policeman among 100 Nigerians who Absconded during Pilgrimage to Israel