I Planned my Proposal and Didn't Even Know ! Tope & Kayode's #BNBling

This is #TheBeautifulBeginning2021 For Affy & Abdul Who Met on Snapchat!

#BellaNaijaWeddings Weekly: Let's Get You Up to Speed On All The Juicy Features This Week

Tope and Kayode‘s proposal story is oh so sweet. Tope, the bride-to-be planned her own proposal while thinking it was for a different client. Unknown to her, Kayode was the client she had agreed to plan their proposal, only that she brought it to life for him.

The Proposal
By the bride-to-be, Tope

Some weeks before the proposal, my friend told me about her friend (Gabriel) who was planning to propose to his girlfriend by simply giving her the ring, as a concerned friend she wasn’t going to let that happen, so she contacted me to plan a proposal on budget. After going back and forth with Gabriel, we agreed on a plan and I got to work. 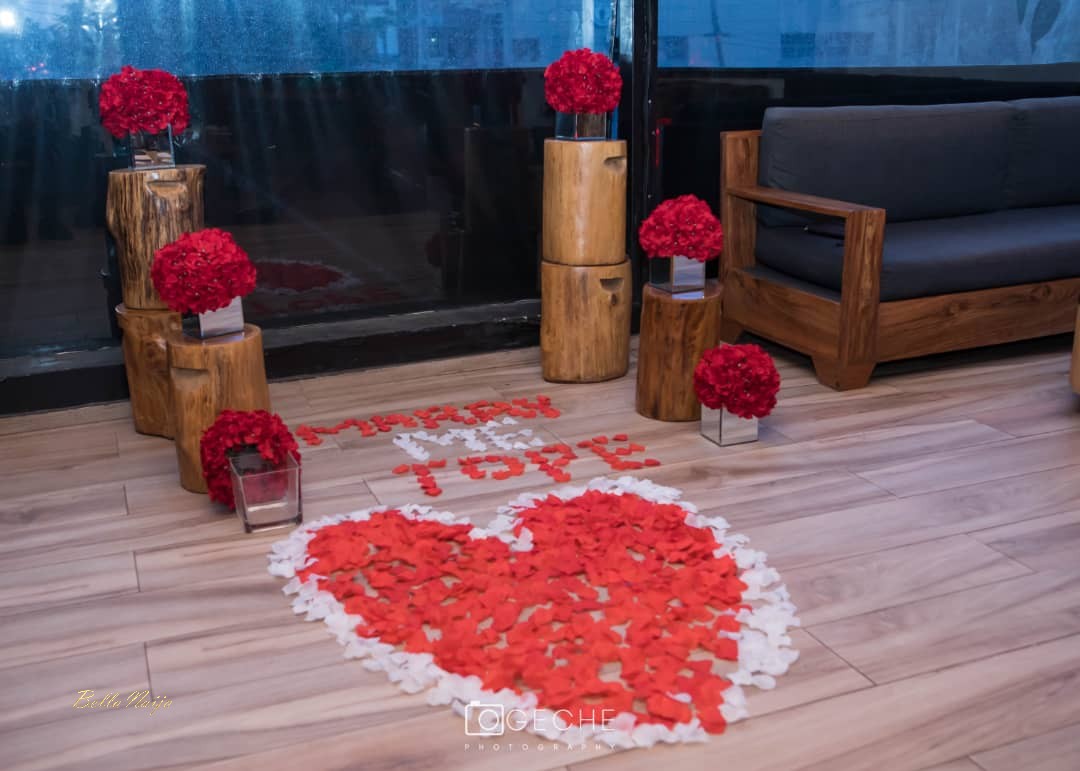 The plan was simple, the Bride-to-be was to arrive with her friends for a hangout. Waiters would deliver roses and handwritten cards to her as they walk in, then her friends would lead her to the spot we have decorated (the proposal spot) where Gabriel would be waiting to pop the question while her favorite songs played in the background. 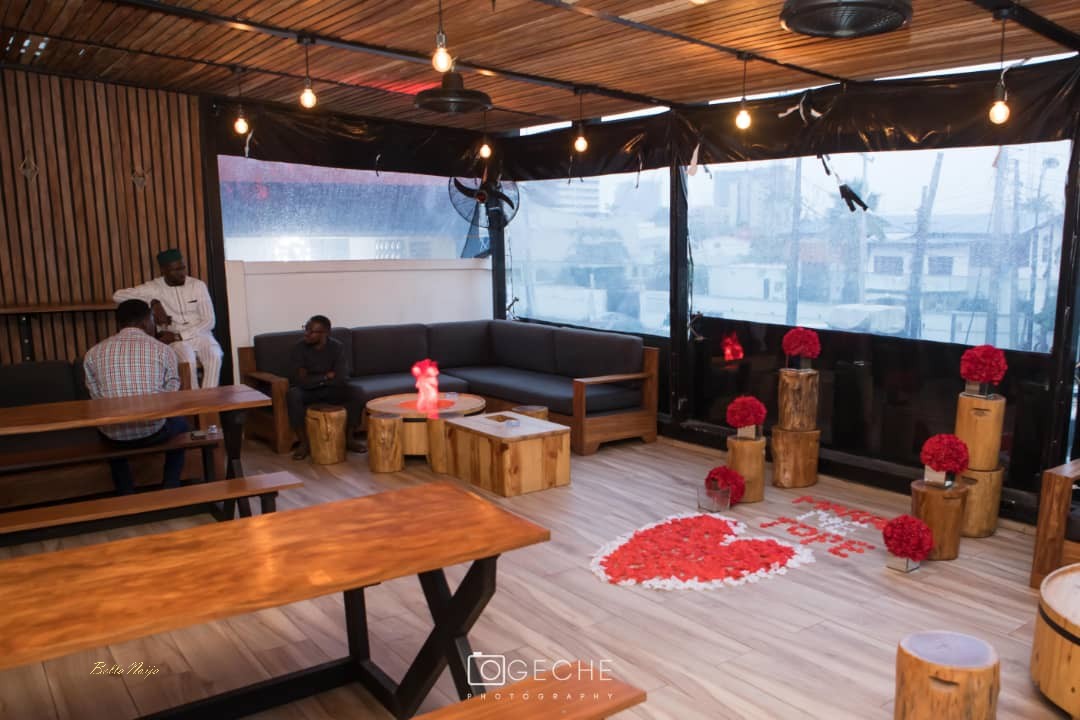 Meanwhile, my boyfriend and I also had a dinner planned for the same date. He was to pick me up at about 6 pm just about enough time for the proposal to happen and for me to change into my evening wear. A day to the proposal, my boyfriend called to tell me that our mentors rescheduled the meeting to 4; 30 pm, and we needed to be there.

His Plan
Finally, Friday came and my excitement was over the roof!  Anyways, we got there and I ran to set up. I had announced to everyone present that there was going to be an interruption while we wait for the (fake) bride-to-be arrival as I needed to change my dress before my boyfriend gets to the restaurant. 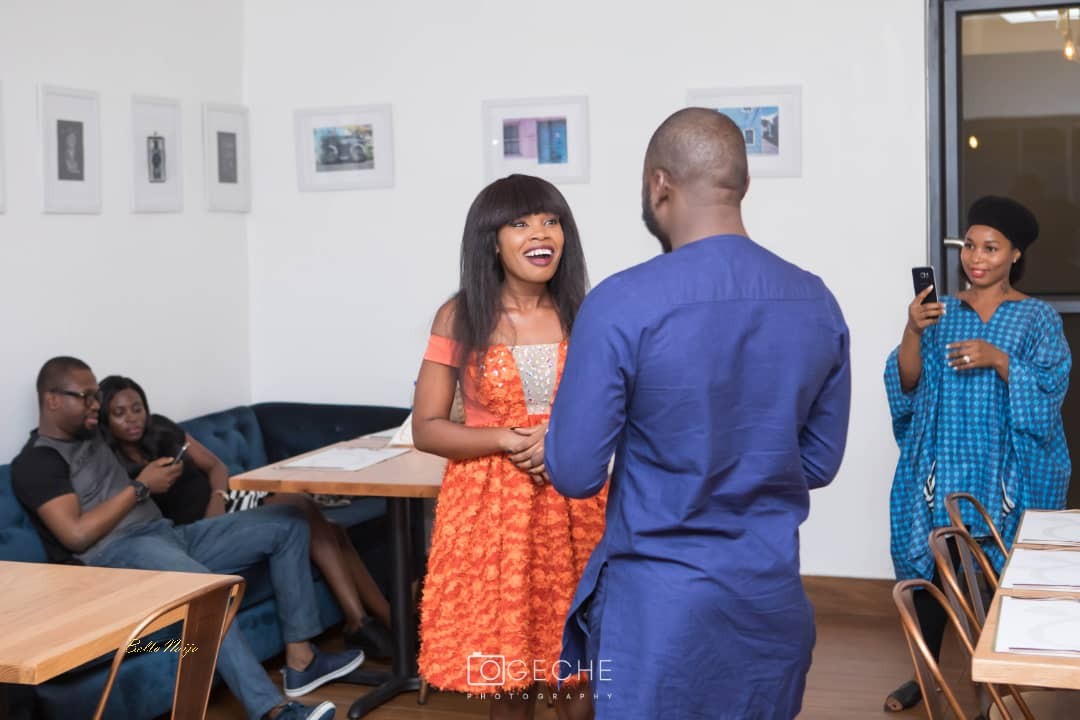 The restaurant manager offered me her office to change into my clothes. In my mind, I knew I needed to hurry so that I could be outside when the bride arrived. But as I was about to leave, she said ‘Won’t you put on makeup for the dinner? The lady is not here yet” I argued for a while; but Jennifer had been too good to me, I couldn’t say No to her. 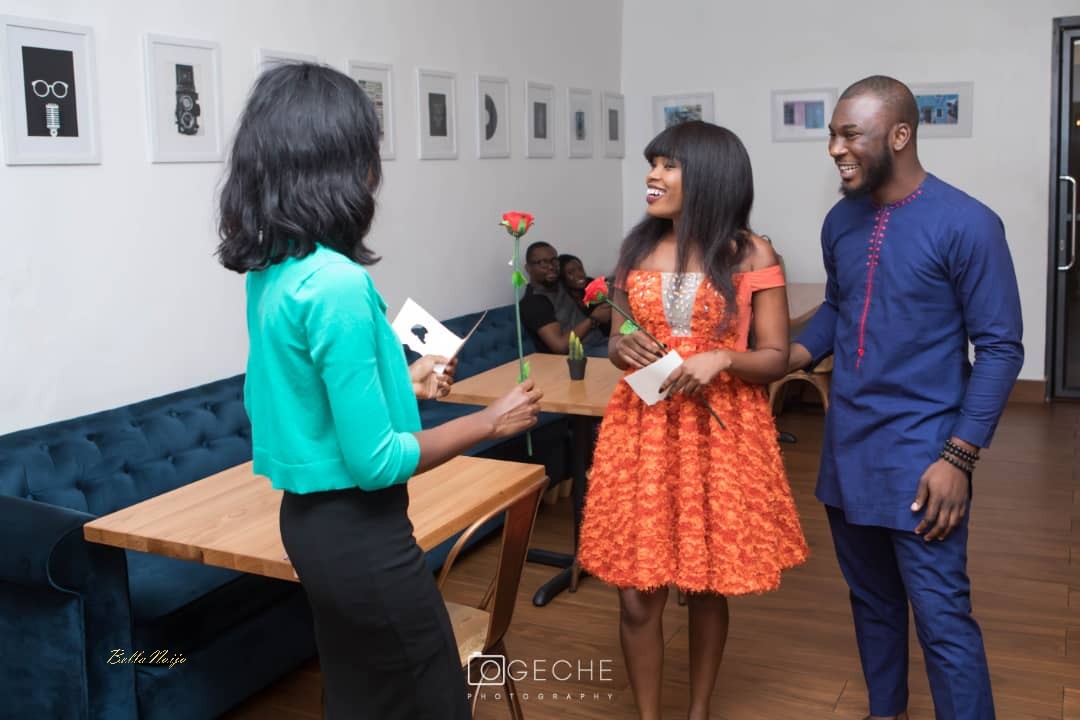 A few minutes later, my friend announced that the bride-to-be was parking and my boyfriend was out. I stepped out of the manager’s office and I was squinting to see where the lady was seated But alas! My friend was smiling and recording a video of me, Then Maxwell; Kayode’s friend approached me with a rose flower and a card. That was when I started to see everyone else in the room! Oh, my God, this was a setup! My only thought was; “Where is Gabriel?” 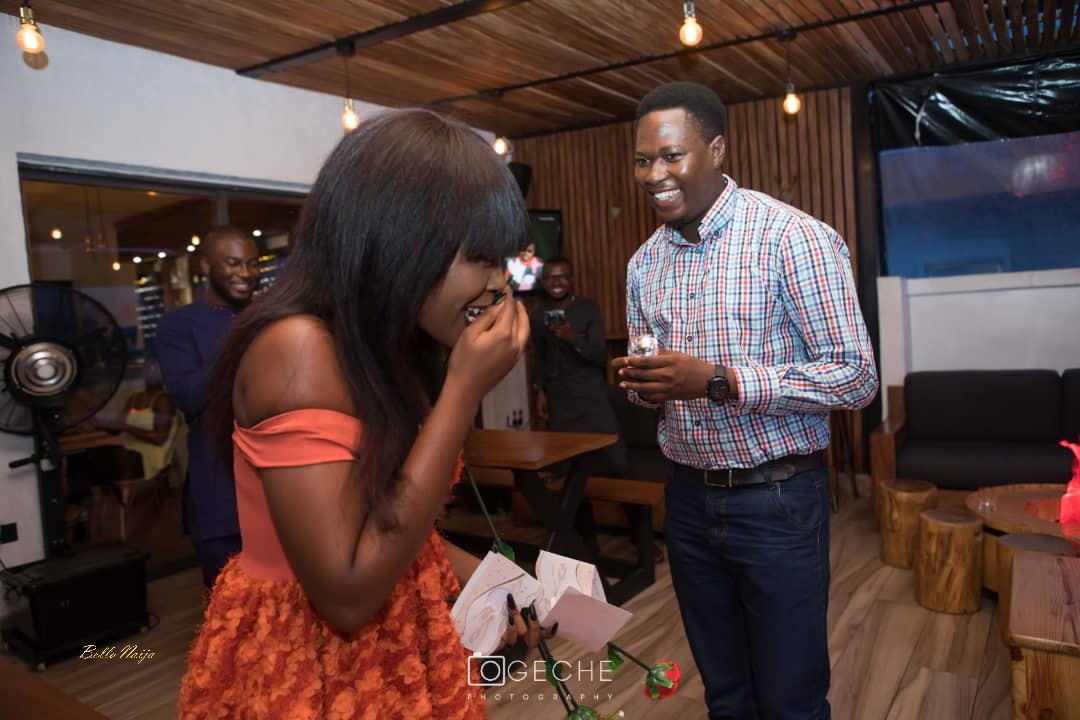 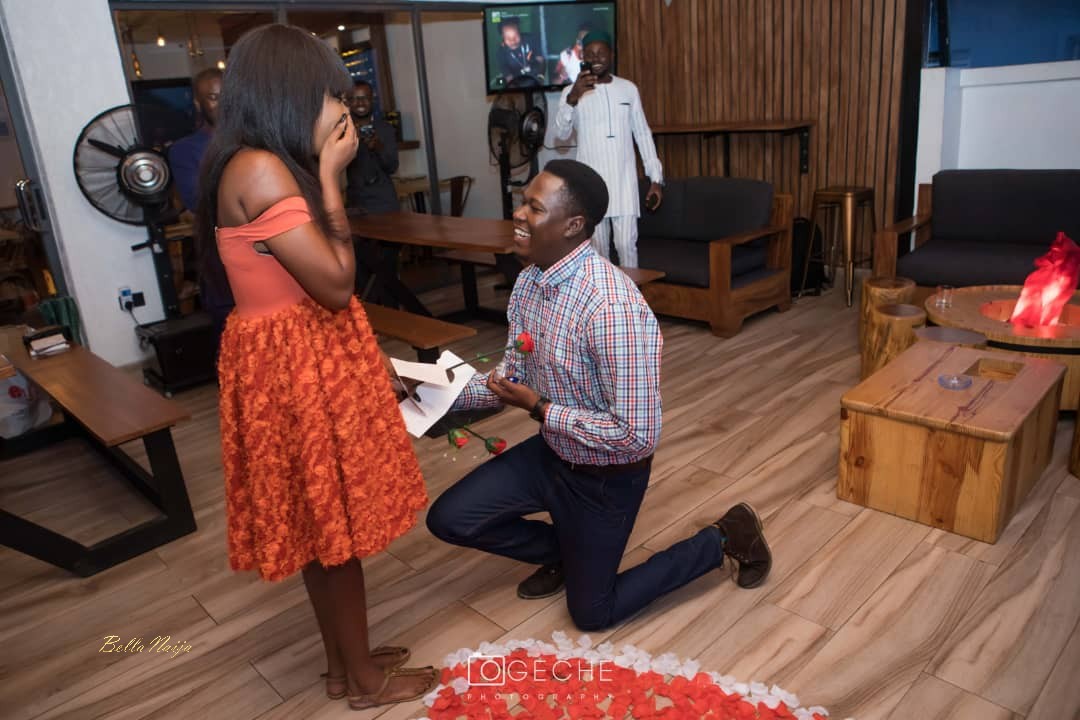 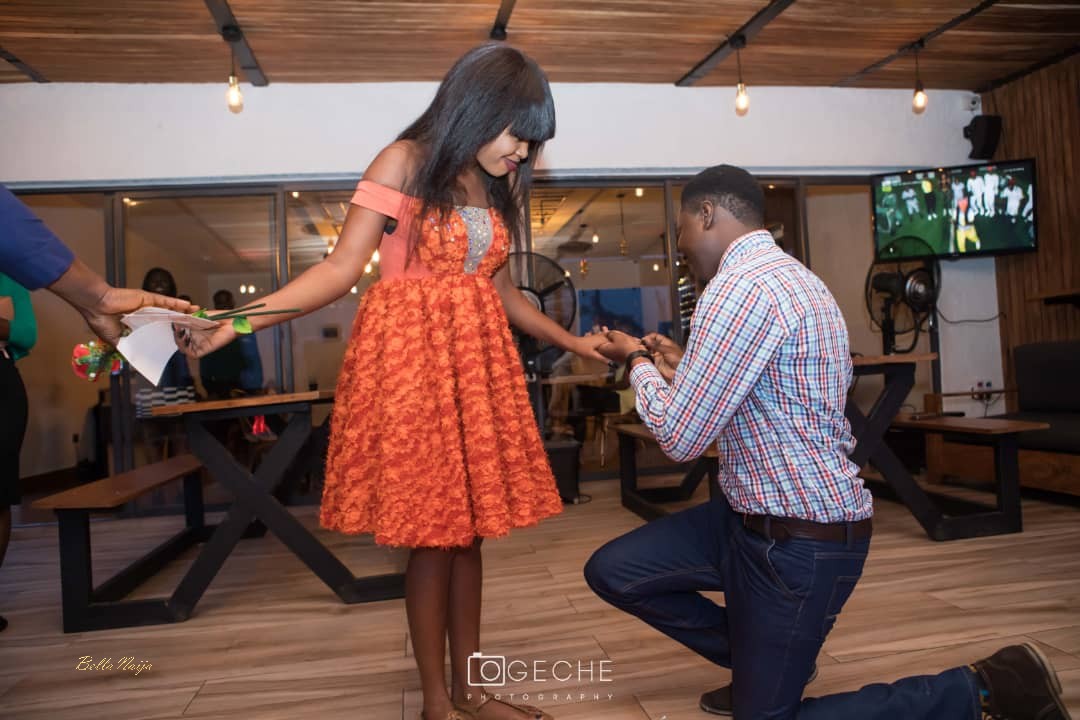 Although, I didn’t hear a word of what he was saying when he knelt there; I couldn’t even think! It was overwhelming! And of course, I said yes! 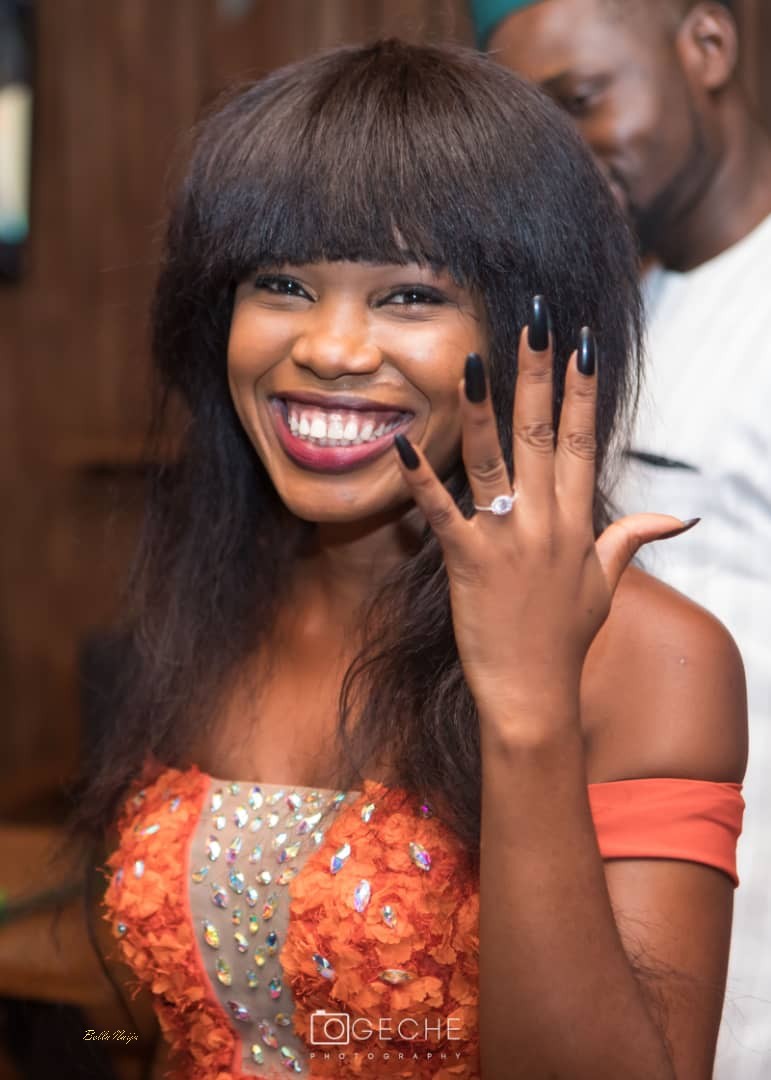 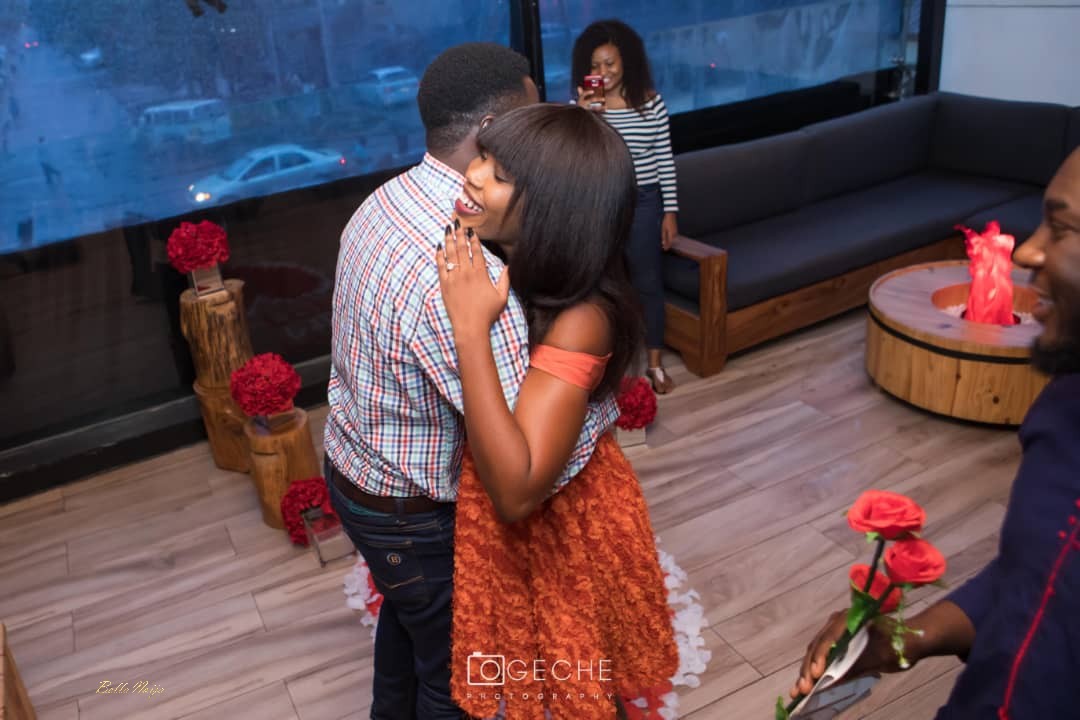 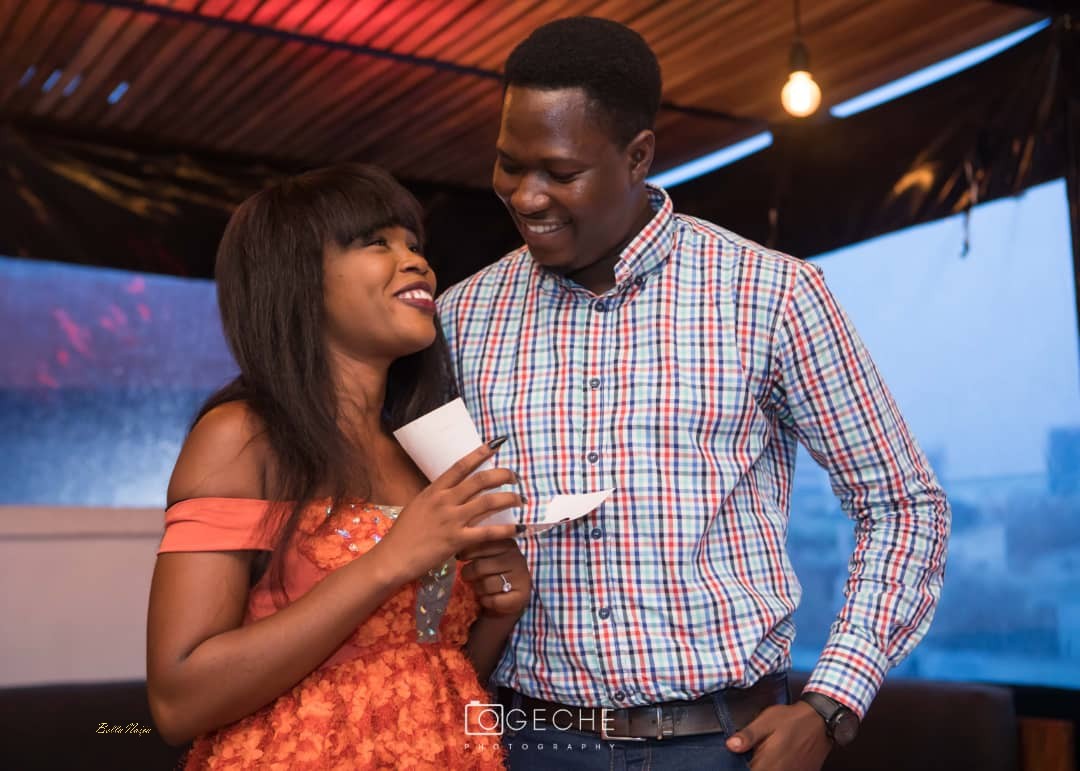 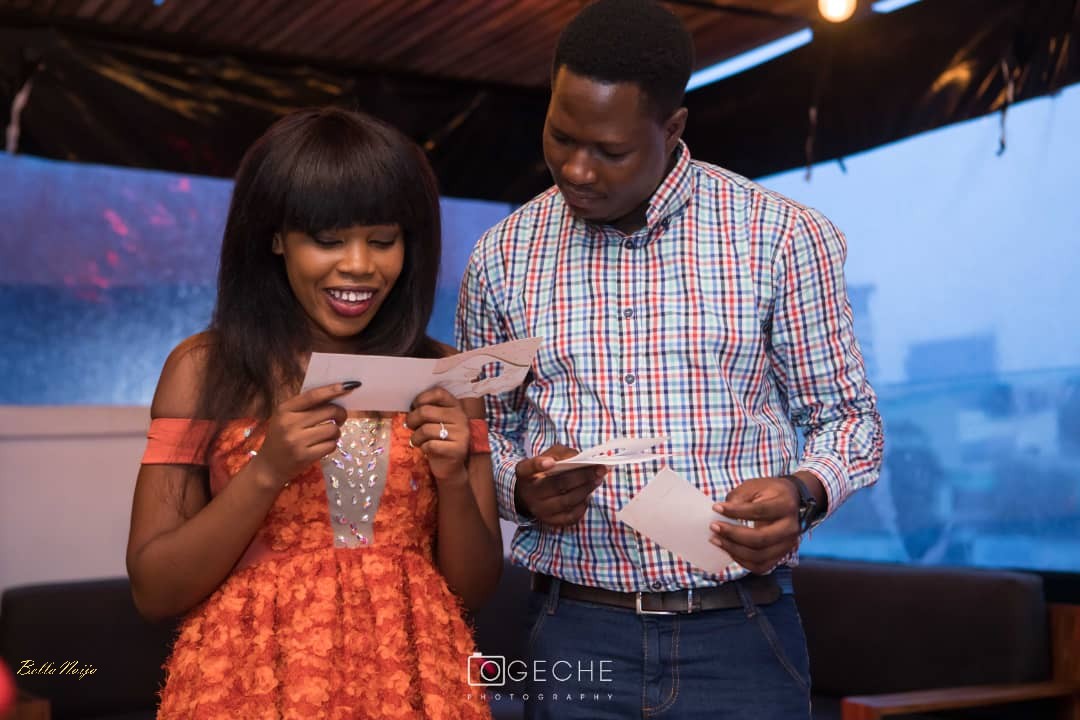 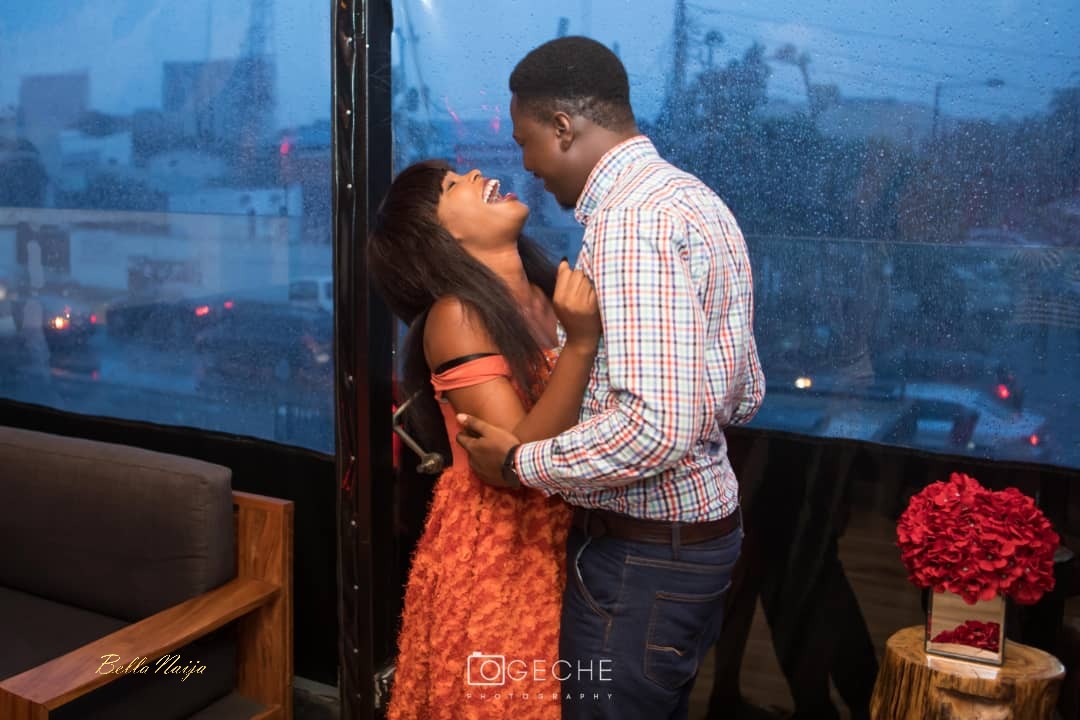 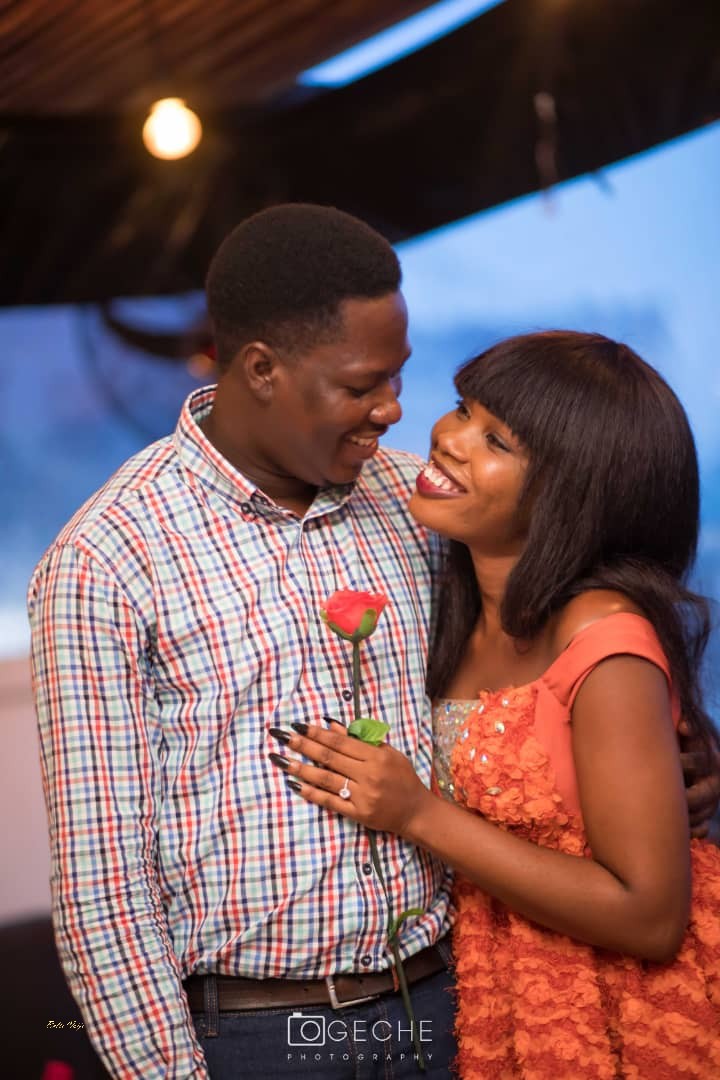