Falz, Simi, Kemi Adetiba react to NBC's ban on ‘This Is Nigeria’ 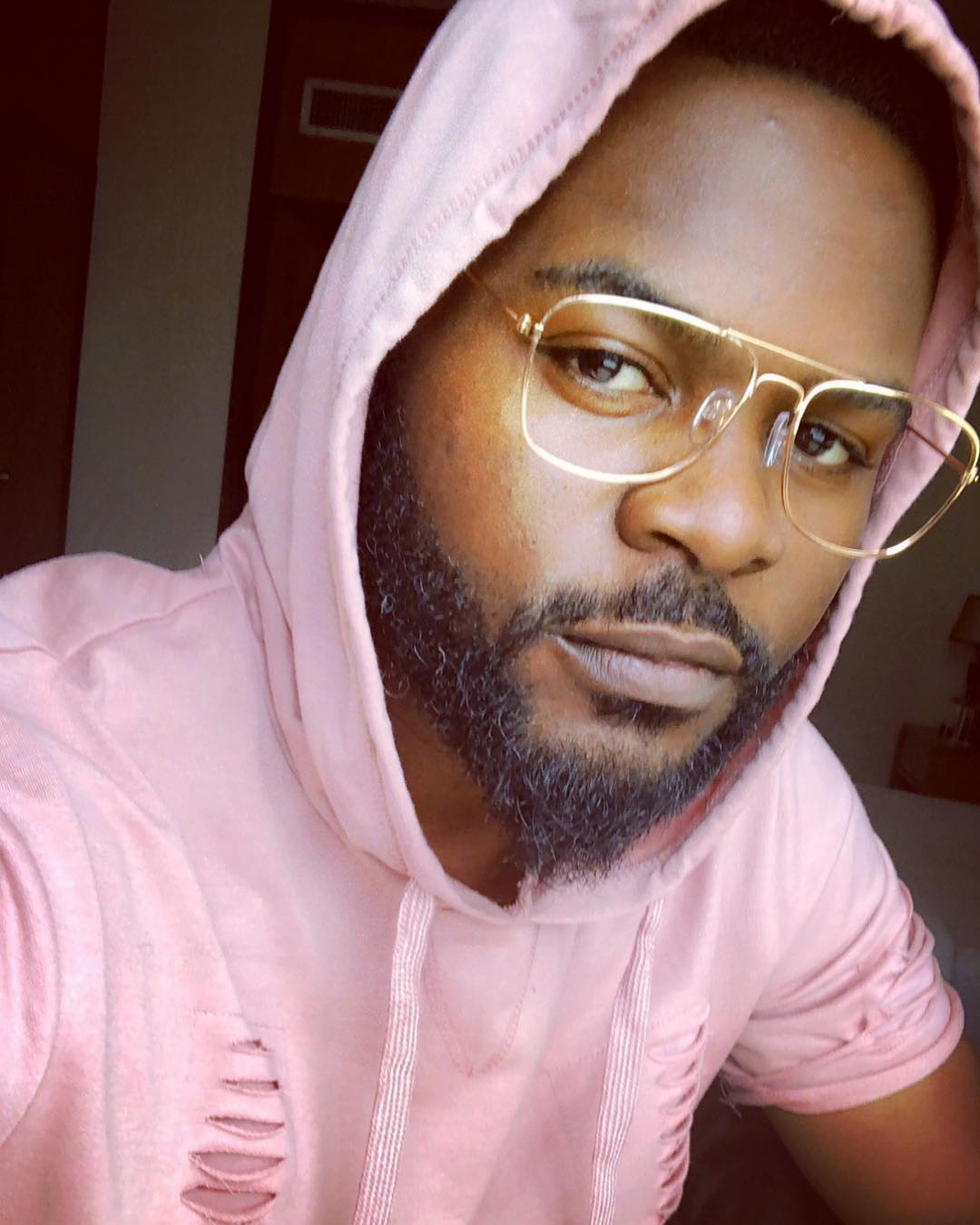 Falz has responded to NBC’s ban on his song This is Nigeria saying it contains vulgar lyrics.

The singer shared a photo of the viral letter which issues a N100,000 fine to a Jos based radio station for playing ‘This is Nigeria’ and other songs, with caption:

“’This is Nigeria. Look how we living now, everybody be criminal’ is apparently a vulgar line”.

“This is Nigeria. Look how we living now, everybody be criminal” is apparently a vulgar line ?? 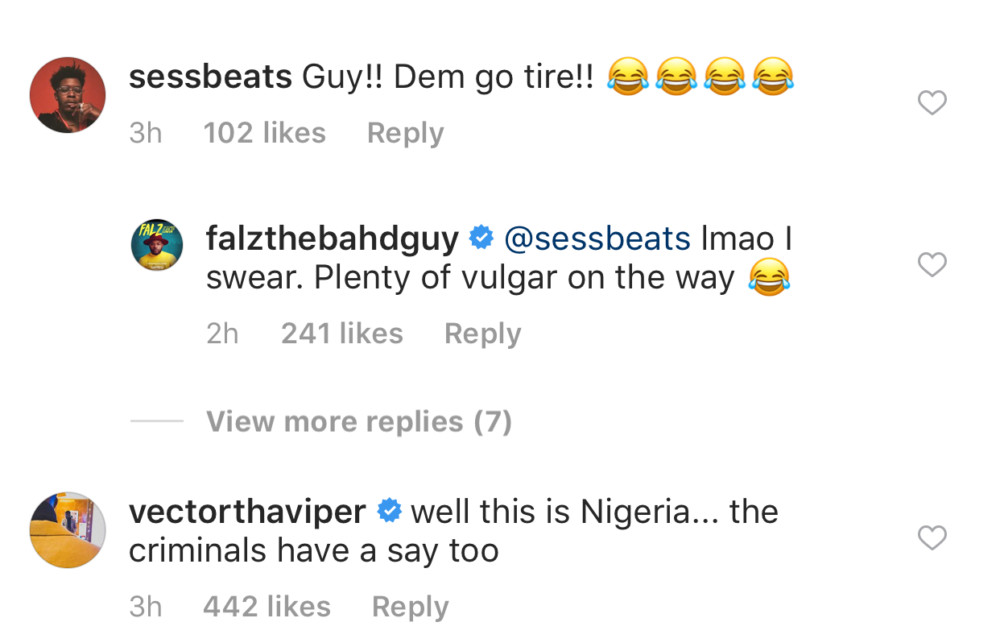 Following Falz’ post, celebrities including filmmaker Kemi Adetiba, and actress Abimbola Craig, singers Simi and Yemi Alade, and rapper Vector, among others took to the comment section to express their disappointment 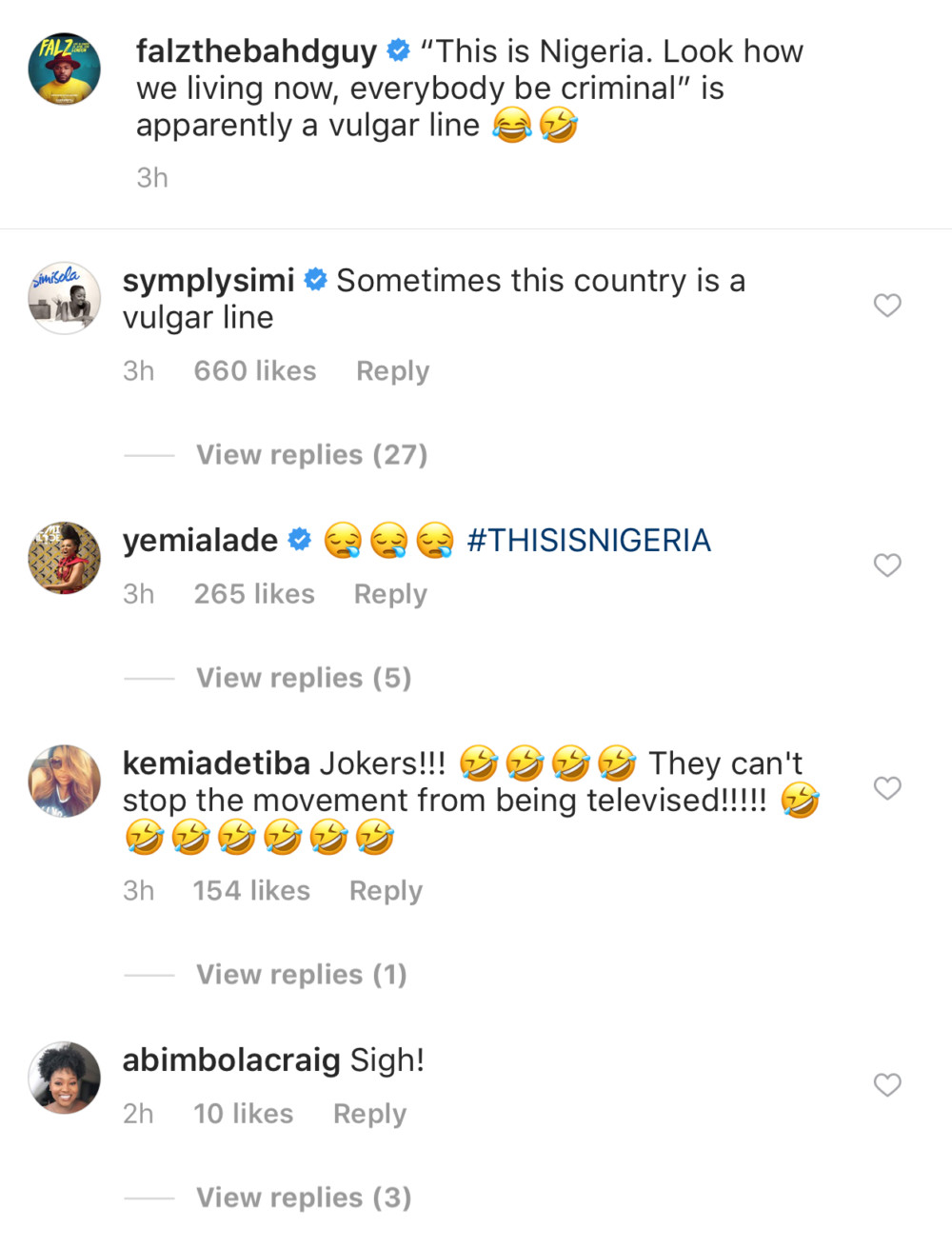