Luka Modrić is UEFA Men's Player of the Year 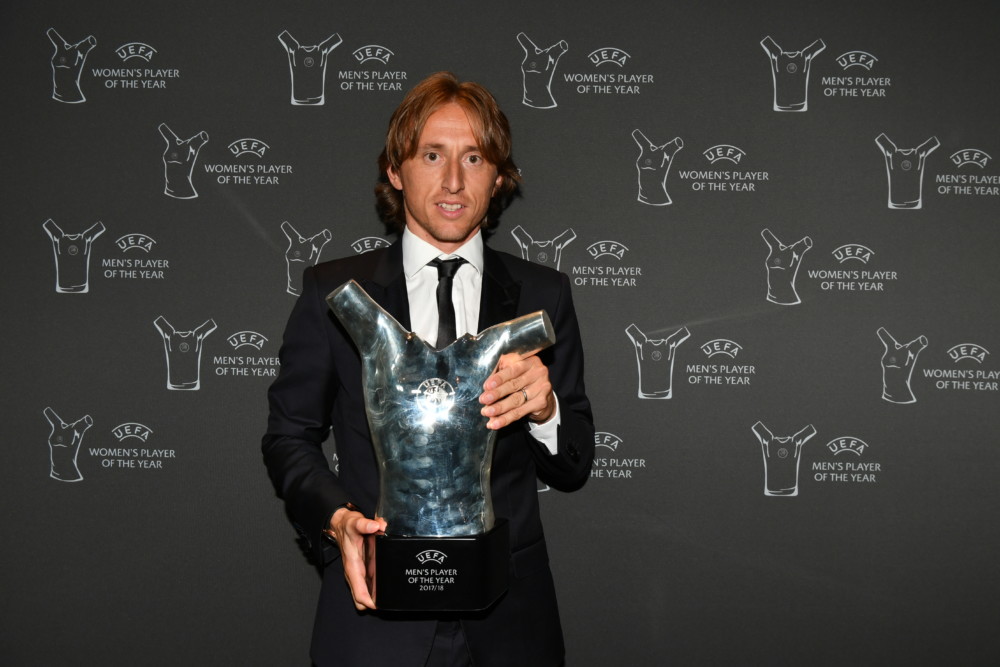 Croatia and Real Madrid’s midfielder Luka Modrić has been named as UEFA Men’s Player of the Year for 2017/18.

Modrić received the trophy on stage in Monaco during the UEFA Champions League group stage draw. He beat off competition from Cristiano Ronaldo and Mohammed Salah who were named in the 3-man shortlist.

Modrić led Croatia to the final of the World Cup for the first time at Russia 2018. The team lost to France 2 – 4.

See the top ten and the points they scored: 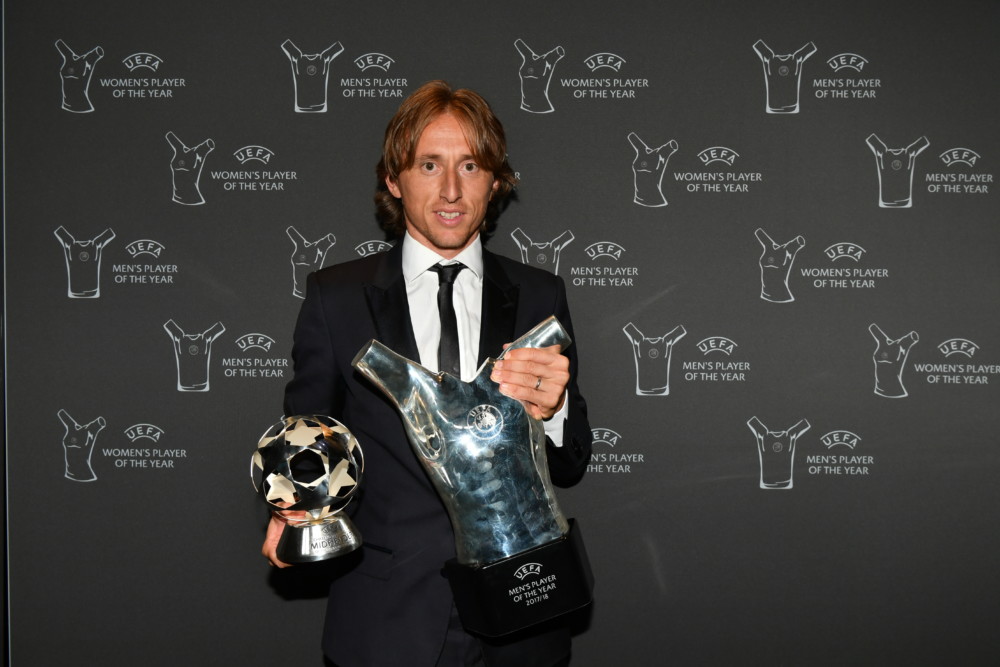 MONACO, MONACO – AUGUST 30: Luka Modric of Real Madrid with his UEFA Player of the Year Award and UEFA Champions League Midfielder of the Season Award following the Champions League Group Stage draw part of the UEFA ECF Season Kick Off 2018/19 on August 30, 2018 in Monaco, Monaco.