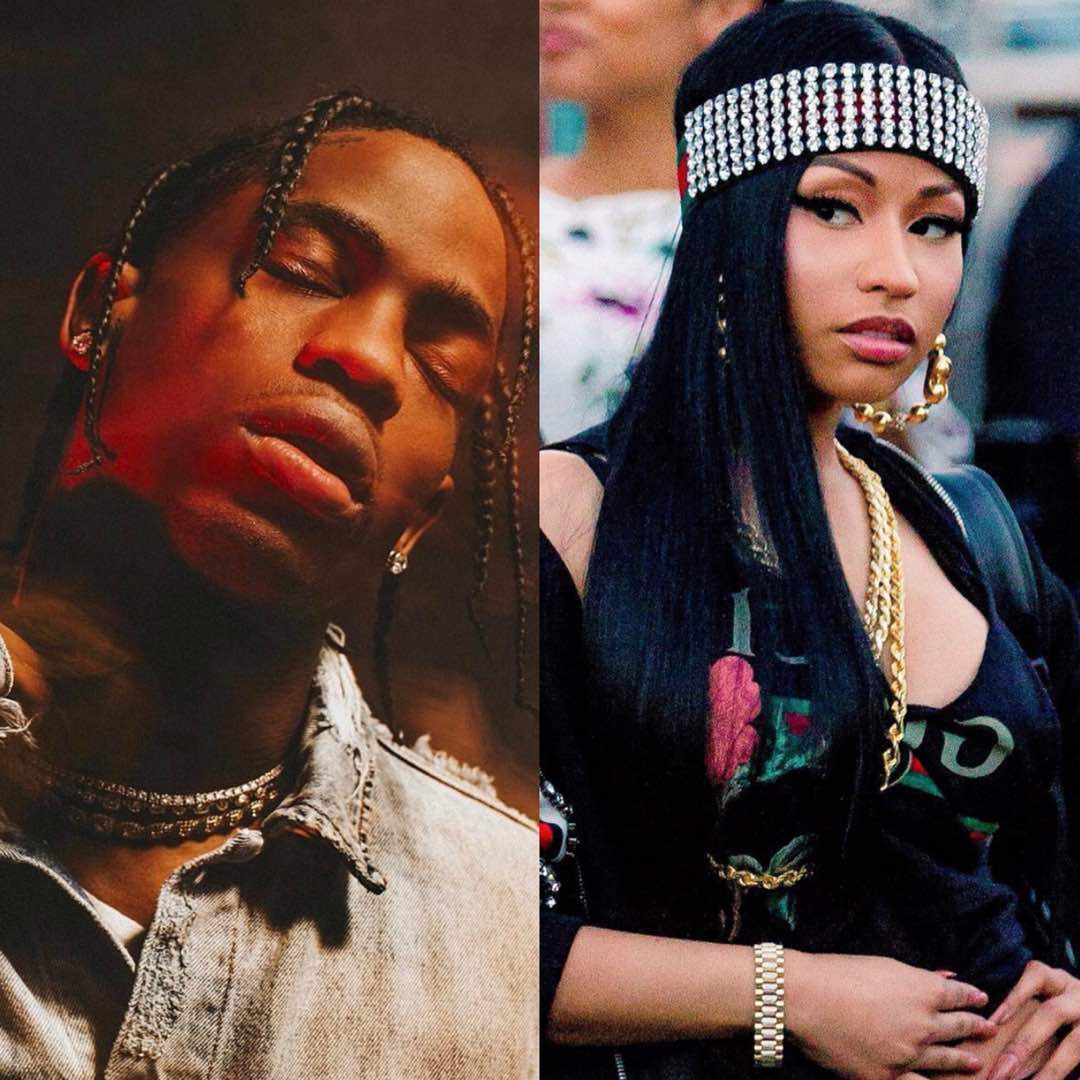 This comes after Scott’s album Astroworld beat Nicki’s August 10 released album Queen to number one spot on the Billboard Chart.

Travis sold over 50K of these. With no requirement of redeeming the album! With no dates for a tour, etc. I spoke to him. He knows he doesn’t have the #1 album this week. I love my fans for the #1 album in AMERICA! I’ll explain on #QueenRadio 4 albums in, #1 in 86 countries ♥️ pic.twitter.com/CiYEuczgm3

Later, she called out Spotify for their recent campaign promoting Drake’s Scorpion and claimed that she was being punished for debuting her record during her radio show.

Spotify put drake’s face on every playlist but told me they’d have to teach me a lesson for playing my music 10 mins early on #QueenRadio. Even tho they’ve been giving away my music for free for years & I am one of the top Spotify artists of all time.

Spotify had to teach me a lesson but rewarded the man who has had an Apple radio show the longest; inadvertently helping the Apple platform the most. Oh I can’t wait for #QueenRadio on Tuesday. They took away my promotion they had promised for the 1st cpl days b/c of this. #Queen

I put my blood sweat & tears in writing a dope album only for Travis Scott to have Kylie Jenner post a tour pass telling ppl to come see her & Stormi. lol. Im actually laughing. #Queen broke the record of being number 1 in 86 countries. Thank Jesus & thank you to my fans.

Neither Travis nor Kylie have responded to the accusations by Nicki Minaj.