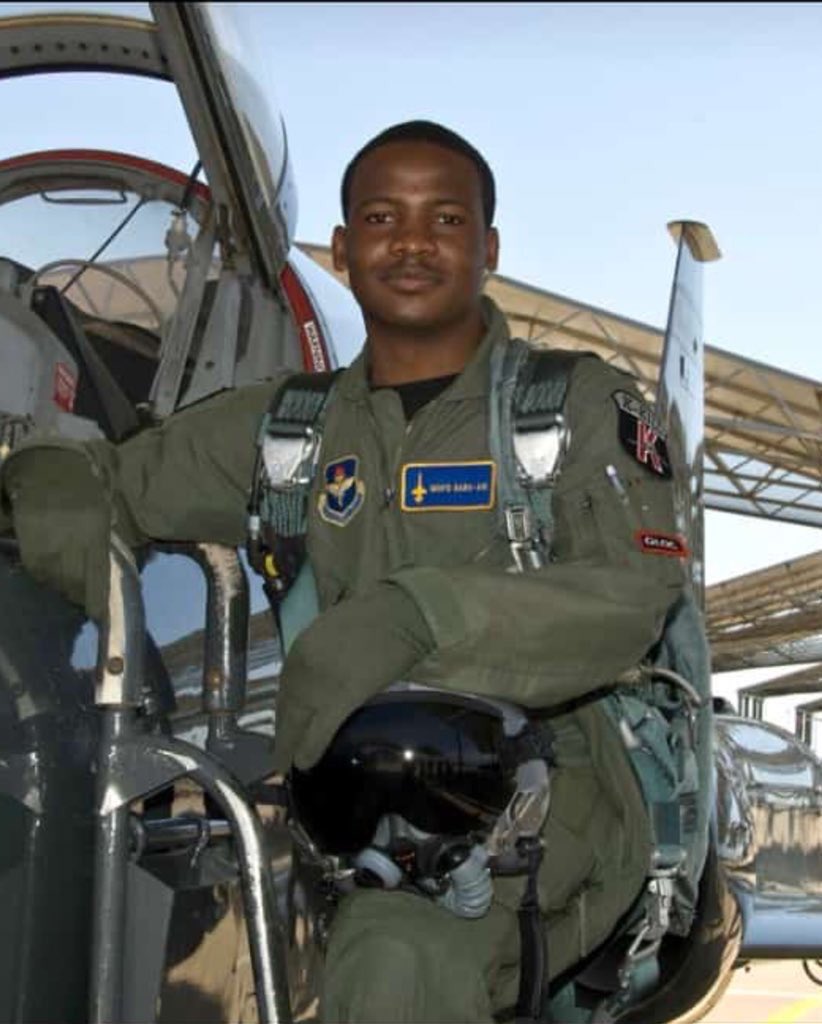 The Nigerian Air Force and the country is mourning the death of a Squadron Leader Mohammed Bello Baba-Ari who passed on Friday after a crash involving two Air Force jets and three officers.

Baba-Ari and the two other officers had successfully ejected from the aircraft but he later passed due to complications upon impact on the ground.

They had been programmed for training on a higher performance aircraft that the NAF is about to acquire, according to Chief of the Air Staff (CAS), Air Marshal Sadique Abubakar.

In a statement on Friday, Air Commodore Ibikunle Daramola, the Director of Public Relations and Information
of the Nigerian Air Force said:

Two Nigerian Air Force (NAF) F-7Ni aircraft taking part in the rehearsals for the aerial display to mark Nigeria’s 58th Independence Anniversary Celebrations were involved in an air incident today, 28 September 2018. The air mishap necessitated the 3 pilots to eject from their aircraft, which subsequently crashed in the general area of Katamkpe Hill. Regrettably, however, one of them later died due to complications from injuries sustained upon impact on the ground. Thankfully, there were no civilian casualties.

The Chief of the Air Staff (CAS), Air Marshal Sadique Abubakar, on behalf of officers, airmen and airwomen of the NAF, commiserates with the family of the deceased officer. The CAS has also instituted an air crash investigation to determine the remote and immediate causes of the incident.

Baba-Ari was laid to rest on Friday.

@AsoRock, @osgfofficial, @CDS_Nig, @CAS_AMSadique and many other dignitaries and senior military officers paying last respects to a true hero as the body of Squadron Leader Mohammed Bello Baba-Ari was laid to rest today. pic.twitter.com/uW2mHwUpWB