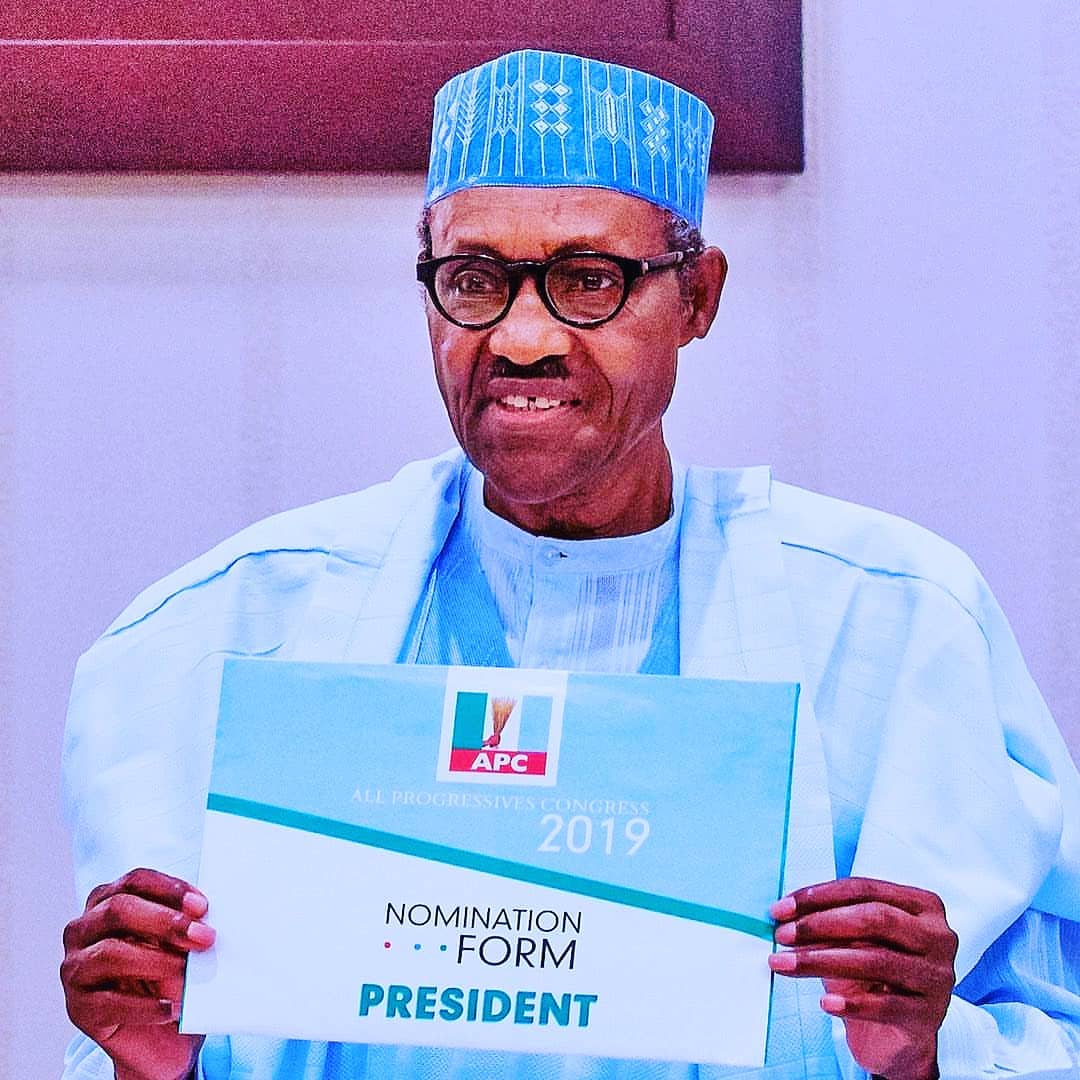 Incumbent President Muhammadu Buhari has been named as the 2019 presidential candidate of the All Progressives Congress (APC) by the party’s National Executive Committee.

ThisDay reports that this was confirmed by the National Secretary of the party, Maimala Buni, in Abuja on Tuesday.

The party’s NEC has passed a vote of confidence on the president, he said, which is all it takes to have him as the party’s candidate.

He however added that any other aspirant is free to pick up the party’s nomination form.

Once the National Executive Committee of the party passes a vote of confidence on the president, that president stands accepted because the NEC is the highest organ of the party and it met to take the decision, where every interest was represented.

So the NEC of APC has passed a vote of confidence on our president and that means every APC member has endorsed him.

In advanced democracies, once the NEC of a party passes vote of confidence on the president, nobody contests against the president. The president has been accepted

A group had previously obtained the ₦45 million nomination and notice of intention forms on the President Buhari’s behalf.