Artist says Serena Williams Cartoon was about "her poor behaviour... not race" 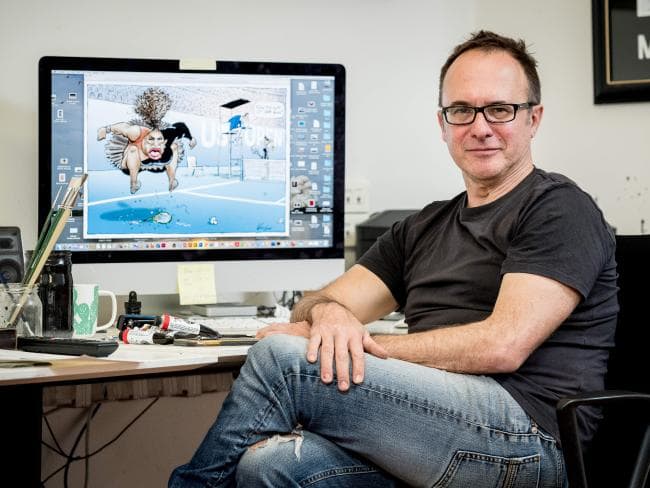 Mark Knight, the artist whose cartoon depiction of star tennis player Serena Williams got the internet buzzing has said that the cartoon isn’t racist.

In an interview with Australian publisher, Herald Sun, who are solidly behind the cartoonist, Knight said that the cartoon was about her reactions which earned her penalties on Sunday night’s US Open finals.

“I drew this cartoon Sunday night after seeing the US Open final, and seeing the world’s best tennis player have a tantrum and thought that was interesting. The cartoon about Serena is about her poor behaviour on the day, not about race. The world has just gone crazy.”

On pulling down his account amidst uproar on Twitter, Knight revealed that he did it to protect his family from the abuse.

The cartoon which caused an uproar for depicting racist stereotypes showed a caricature of Serena Williams stomping on her tennis racket as the chair umpire told US Open champion Naomi Osaka in the background: “Can you just let her win.”

In the image, Serena had enlarged facial features (nose and lips) and Osaka, of Haitian and Japanese origin, was depicted as a white woman.

@Knightcartoons cartoon is not racist or sexist …. it rightly mocks poor behavior by a tennis legend … Mark has the full support of everyone @theheraldsun pic.twitter.com/KWMT3QahJh