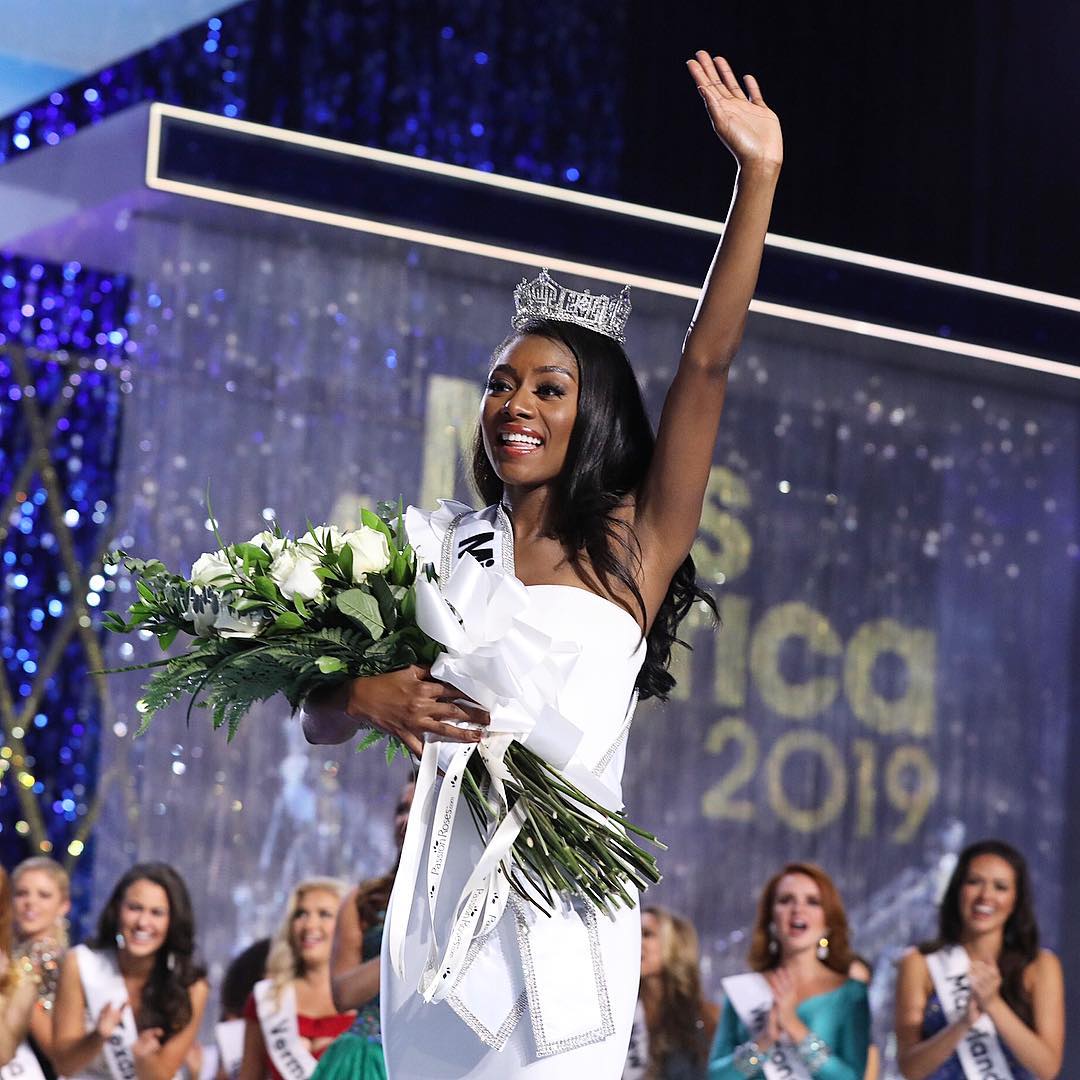 The show which was hosted by Carrie Ann Inaba and Ross Matthews saw the North Carolina native beat 51 other contestants to the coveted crown.

One of the winning factors for the music composition masters degree holder, was her performance of a segment from the well-known opera La Boheme.

The new changes to the 2019 Miss America was also a highlight of Sunday night’s competition. There was no Swimsuit competition. The organisers announced some months back that it was to ensure the competition took away all focus from the candidates physical appearance.

Like her predecessor, Nia Franklin will receive $50,000 scholarship and a year-round job as the new face of the pageantry.