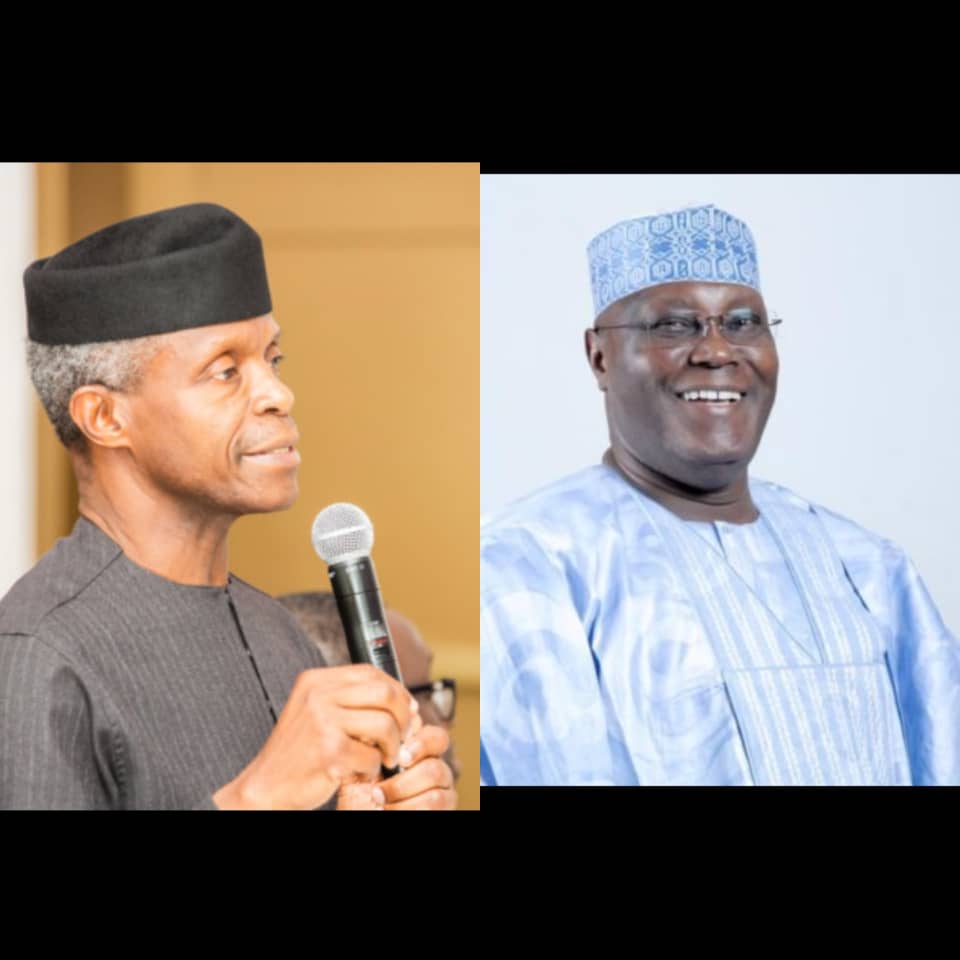 Vice president Yemi Osinbajo and his predecessor Atiku Abubakar are currently engaged in a debate on the issue of restructuring.

Osinbajo had, in a statement in August, said Nigeria’s problem is not “geographical” restructuring, but corruption. Osinbajo argued that prudent management of Nigeria’s resources is the way forward.

“It is about managing resources properly and providing for the people properly, that is what it is all about,” the vice president had said.

Atiku, who has been clamouring for restructuring, in an article he sent to Premium Times, said Osinbajo showed “a lack of appreciation of the core tenets of the concept”.

“It is unhelpful to reduce the construct of “Restructuring” to a geographical concept as VP Osinbajo does, which in itself demonstrates a lack of appreciation of the core tenets of the concept,” Atiku had said.

Restructuring is not just about the devolution of powers to the states, it is about transforming the respective roles of the federal, state and local governments to perform more efficiently in matters of territorial as well as economic governance.

Above all, when we talk about restructuring, we are not talking about just constitutional tweaks, we are talking about a cultural revolution. It is not about re-shuffling a few responsibilities or resources, but about disrupting the authoritarian politics our democracy has inherited from its military and colonial rulers of past.

In Osinbajo’s response to Atiku, the vice president said:

First, let me say that I really would have expected Alhaji Abubakar to at least get the full text of my comments before his public refutal of my views. But I understand; we are in that season where everything is seen as fair game! He quoted me as saying that “the problem with our country is not a matter of restructuring… and we must not allow ourselves to be drawn into the argument that our problems stem from some geographic re-structuring”.

We should rather ask ourselves why the States are underperforming, revenue and development wise. I gave the example of the Western Region (comprising even more than what is now known as the South West Zone), where, without oil money, and using capitation tax and revenues from agriculture and mining, the government funded free education for over 800,000 pupils in 1955, built several roads, farm settlements, industrial estates, the first TV station in Africa, and the tallest building in Nigeria, while still giving up fifty percent of its earnings from mining and minerals for allocation to the Federal Government and other regions.

I have been an advocate, both in court and outside, of fiscal Federalism and stronger State Governments. I have argued in favour of State Police, for the simple reason that policing is a local function. You simply cannot effectively police Nigeria from Abuja. Only recently, in my speech at the Anniversary of the Lagos State House of Assembly, I made the point that stronger, more autonomous States would more efficiently eradicate poverty. So I do not believe that geographical restructuring is an answer to Nigeria’s socio economic circumstances. That would only result in greater administrative costs. But there can be no doubt that we need deeper fiscal Federalism and good governance.

Alhaji Atiku’s concept of restructuring is understandably vague, because he seeks to cover every aspect of human existence in that definition. He says it means a “cultural revolution”. Of course, he does not bother to unravel this concept. He says we need a structure that gives everyone an opportunity to work, a private sector driven economy. Yes, I agree. These are critical pillars of our Economic Recovery and Growth Plan (ERGP), including our Ease of Doing Business Programme.

If, however, this is what he describes as restructuring, then it is clear that he has mixed up all the issues of good governance and diversification of the economy with the argument on restructuring.