Sadiq Abubakar Falalu, Producer of FalRice is our #BellaNaijaMCM this Week 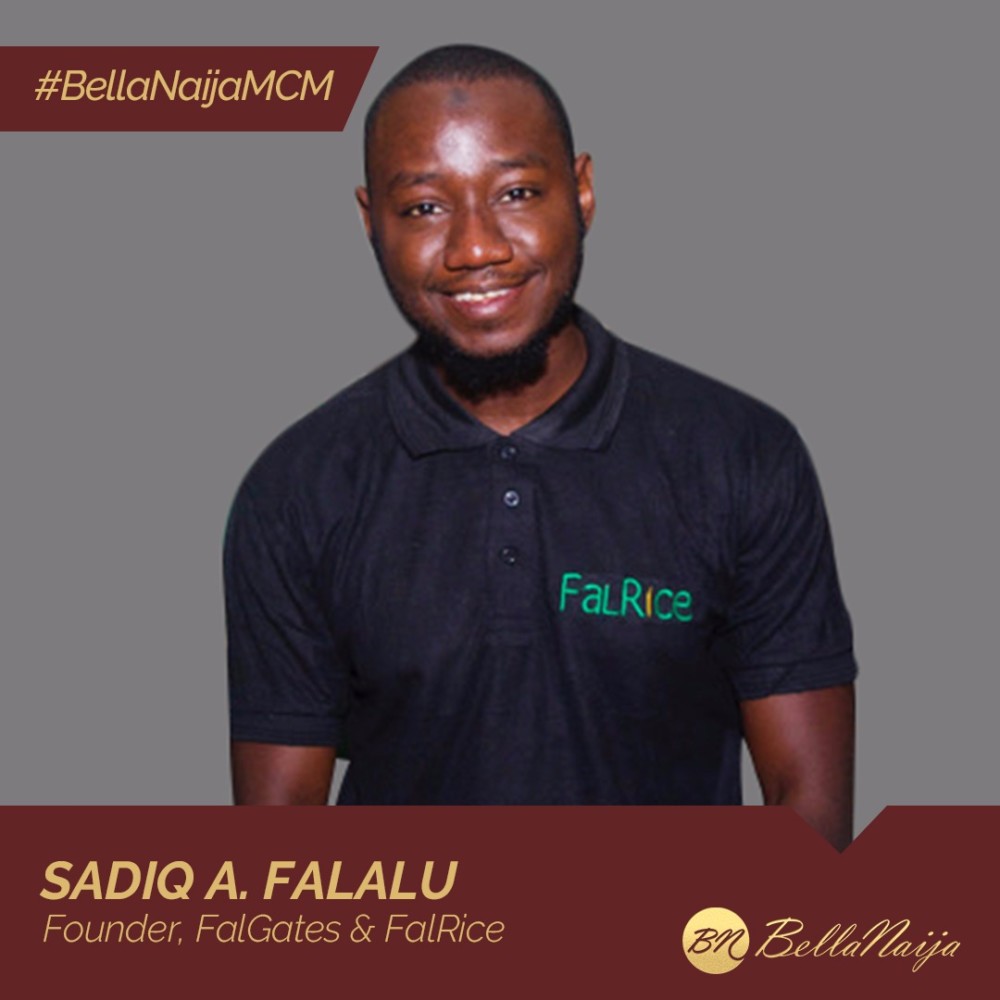 No doubt, one of the ways Nigeria can overcome its economic challenges is through agriculture and our #BellaNaijaMCM this week Sadiq Abubakar Falalu is working in that sector.

Sadiq who had always wanted to be a farmer, is the founder of FalGates, producer of FalRice.

“I always had an interest in farming, I remember writing in our high school’s yearbook under feature ambition that I wanted to be a farmer,” he told Forbes Africa in 2018.

Around the time Sadiq was rounding up his masters degree in entrepreneurship from Nottingham University Business School, China, the federal government of Nigeria announced its plans to diversify the economy, focusing on rice production.

After his study, he put in $10,000 of his personal savings and bought a milling machine from China. But this was not enough. He approached Nigeria’s Bank of Industry (BOI) for a loan, but he only met 6 of the 26 requirements.

He turned to his family and friends and received support to keep the business moving. Later on, he started collecting produce from paddy rice farmers on credit, process it, and share the profit with them.

Business started booming, and he began making sales and deliveries across Nigeria.

His FalGates Rice Mill, located in Kaduna, Nigeria, has a total annual capacity to produce more than 5,000 metric tonnes.

In 2018, Sadiq was named in Forbes‘ 30 Most Promising Young Entrepreneurs in Africa and the Forbes Africa 30 Under 30 list (Business Category).

Sadiq holds a masters degree in management and a bachelors degree in computer science from Swinburne University of Technology, Australia.

DJ Cuppy is Living it Up in Ibiza!