Aircraft goes up in Flames During Servicing at Lagos Airport 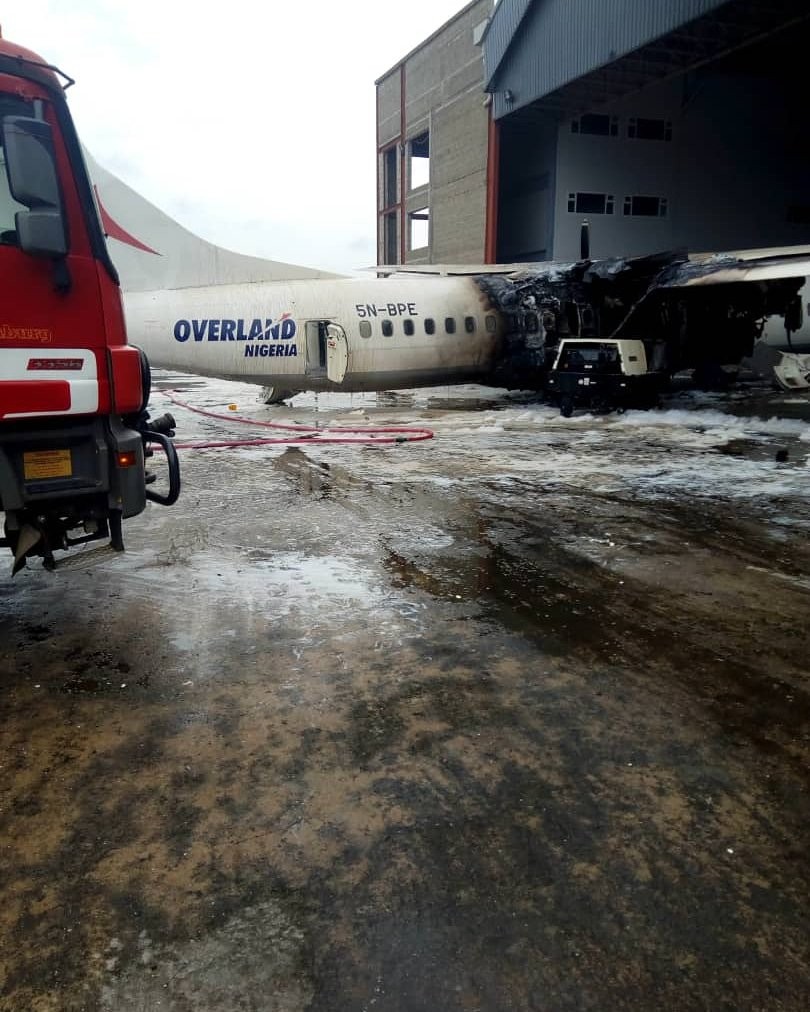 An aircraft belonging to Overland Airways went up in flames Friday morning at the Murtala Muhammed Airport in Lagos.

According to SaharaReporters, an eyewitness said the fire started at about 10:30am, adding that it occurred during the servicing of the aircraft.

“It’s big fire. Half of the Overland Airways plane is burnt, while some chartered aircraft being repaired were also torched.” the eyewitness was quoted as saying.

Fire-fighters eventually put out the fire. 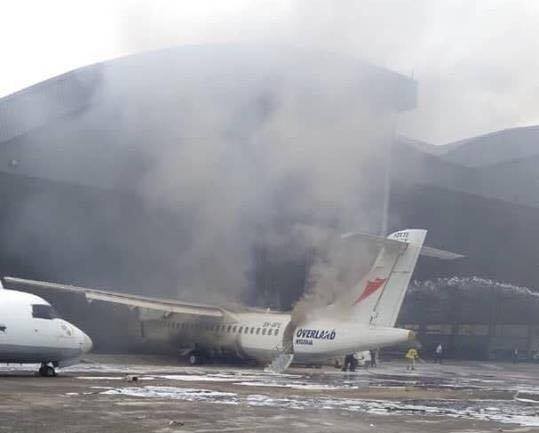 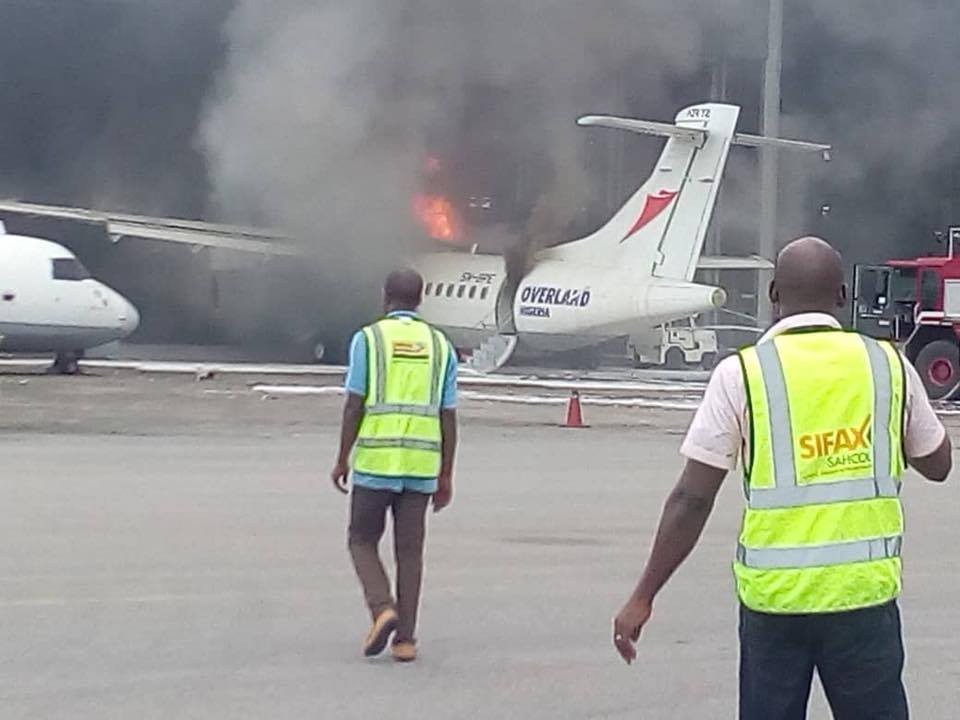