Cardi B charged with Assault after alleged Strip Club Fight 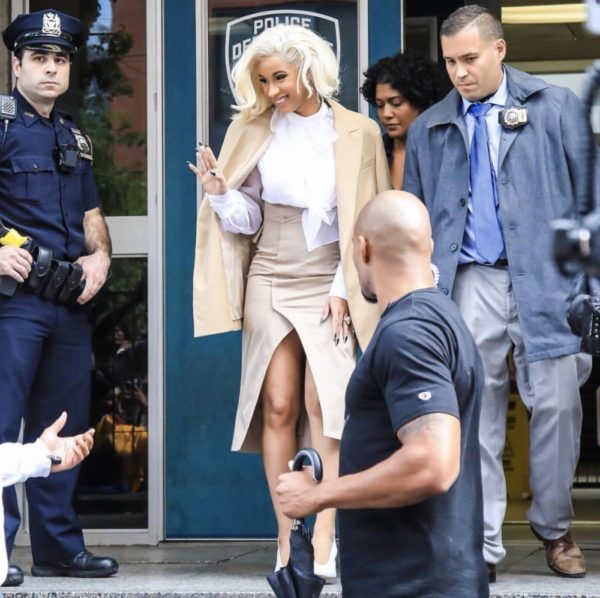 Rapper Cardi B has been charged with assault and reckless endangerment by the NYPD after she turned herself in to police custody.

According to Us Weekly, Cardi B had been invited after a fight at a strip club in Queens, New York.

The NYPD told reporters that the rapper allegedly attacked two women, 21 and 23, with “with chairs, bottles and other items,” at approximately 3 a.m. on August 29.

TMZ revealed that the rapper attacked 2 bartending sisters, Jade and Baddie Gi, accusing Jade of sleeping with her man Offset.