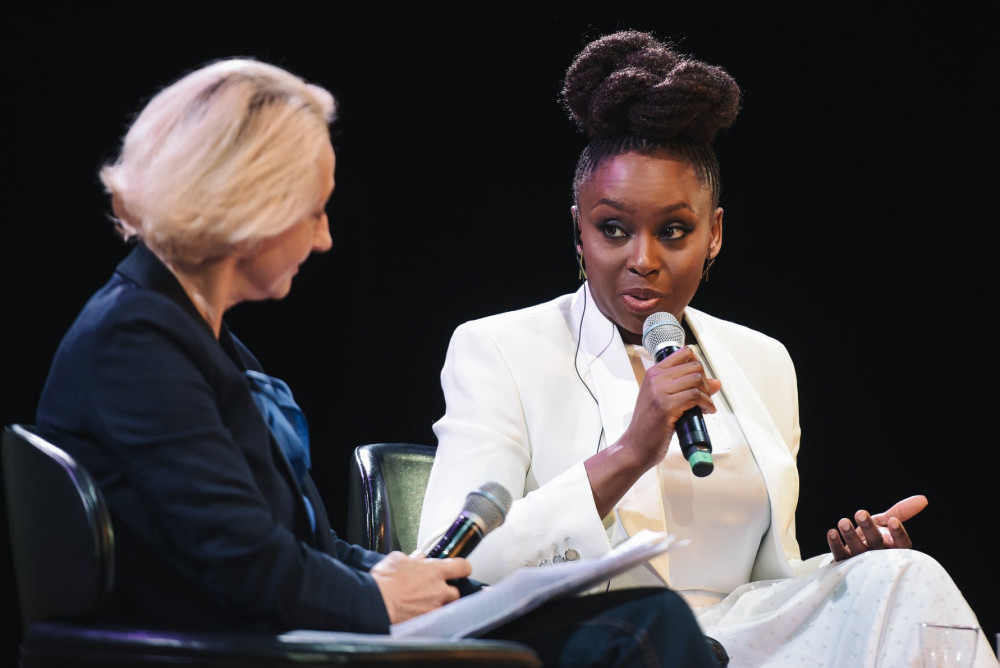 The writer was asked what she felt about the US President Donald Trump and his comment about Africa and its “s—hole countries.” She said: “There are things that are said by people and we do not care. Because we know that it comes from a sidereal vacuum.”

She also discussed immigration as it is in Europe, and all of the debate surrounding it. She spoke of Emmanuel Macron‘s views, saying:

The debate around immigration in Europe is really very narrow, shrunken. It is necessary, but the way it is laid is dishonest. He is trying to demonize people who want only a better life for themselves and their children, whereas he should look at the conditions in Africa, and the why of these conditions. France must talk again about its relations with Africa, talk about colonialism.

The history of humanity is a story of movement, of displacement. We just have to make peace with this. Since the dawn of time, human beings have needed to move, and this will continue. It’s not just about economic circumstances, it’s just because people want to see something else.

She also talked about how her identity often changes with her geographical location, how she’s seen and interacted with differently in America to how she is in Nigeria. She said:

Yes I am Nigerian, yes I am a woman, I am a feminist, yes I am black. But why do we stick a label of identity to those who are not white? I recognize myself as a person. I want to be what I am! Identity comes from something in constant motion: in the United States I am black; in Nigeria, I am not. When I got off the plane in Lagos, I do not think race, I think sex, I think I’m a woman.

Check out the full interview on Le Monde.