FG vows to Take More Nigerians out of Poverty 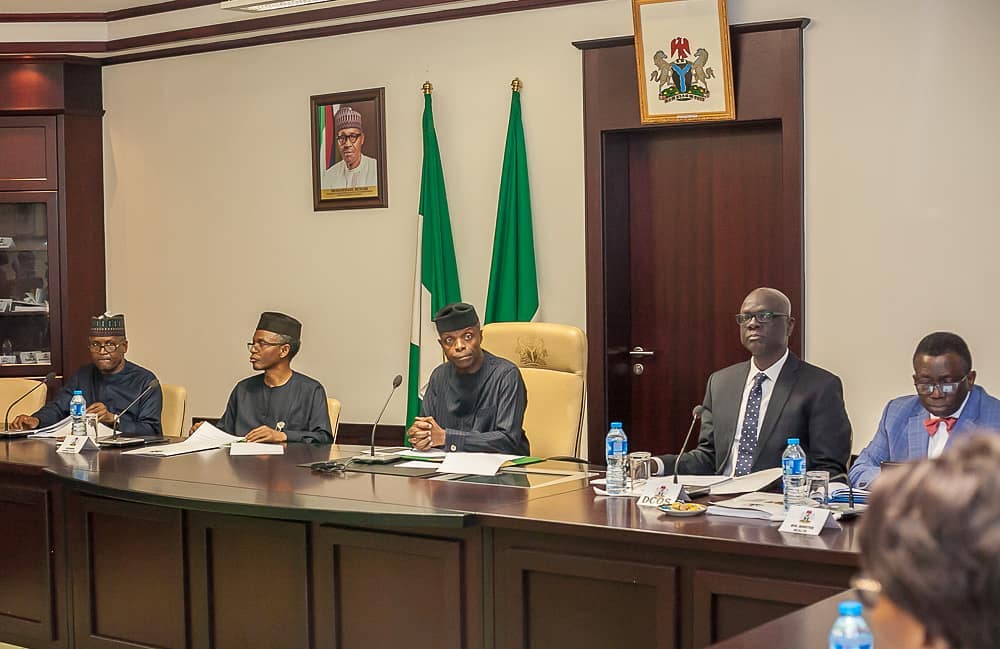 Vice President Yemi Osinbajo has said that the administration will continue to drive initiatives to get more Nigerians out of poverty and also improve the country’s Human Capital Development indices.

Osinbajo said this during a meeting of the National Economic Council’s Human Capital Development Core Working Group on Wednesday at the Presidential Villa, Abuja.

NEC, which comprises of all state governors and federal officials, is chaired by the Vice President. The meeting covered a presentation on Prioritizing and Improving the Human Capital Development base in Nigeria.

The Vice President said government was committed to driving initiatives to accelerate human capital development in the country, because “lifting our people out of poverty is a crucial agenda towards attaining intended developmental outcomes.”

He said, “Poverty as we know is both a cause and consequence of some of what we are looking at in our human capital development deficit. Really, I think we need to focus a lot more on some of the more creative ways of getting our people out of poverty. And of course, we have some social investment programmes, we are looking at some of the examples of what India did, some have been tried and tested in such huge populations.

“I think there is a need for us to sensitize our people to why it is that we need to get a large segment of our people out of poverty. Recently, we’ve been launching the TraderMoni scheme, which is basically giving credits to petty traders across the country in the markets and all that.

“We must do even more in terms of giving credits and whatever assistance and support to people, obviously the more money people have, the better it is for them, so they can apply their little resources to some of what we are expected to do to improve human capital development.”

Osinbajo also highlighted the importance of improving data collection at all levels so as to ensure effective tracking of Human Capital Development outcome areas in the states.

Speaking further, the Vice President said NEC will ensure there is high-level representation across the states, specially focused on human capital development.

Representatives from development partners such as the World Bank, DFID and the Bill and Melinda Gates Foundation, also attended the meeting and commended the Federal Government for its efforts in accelerating the country’s human capital development indices.

19 Killed in their Sleep in Plateau

Is Africa Ready for the New Pop Up Channel Focusing on LGBTQ1+ Community?