Kemi Adetiba's “King Of Boys” Premieres to a Warm Reception From Fans & Critics! 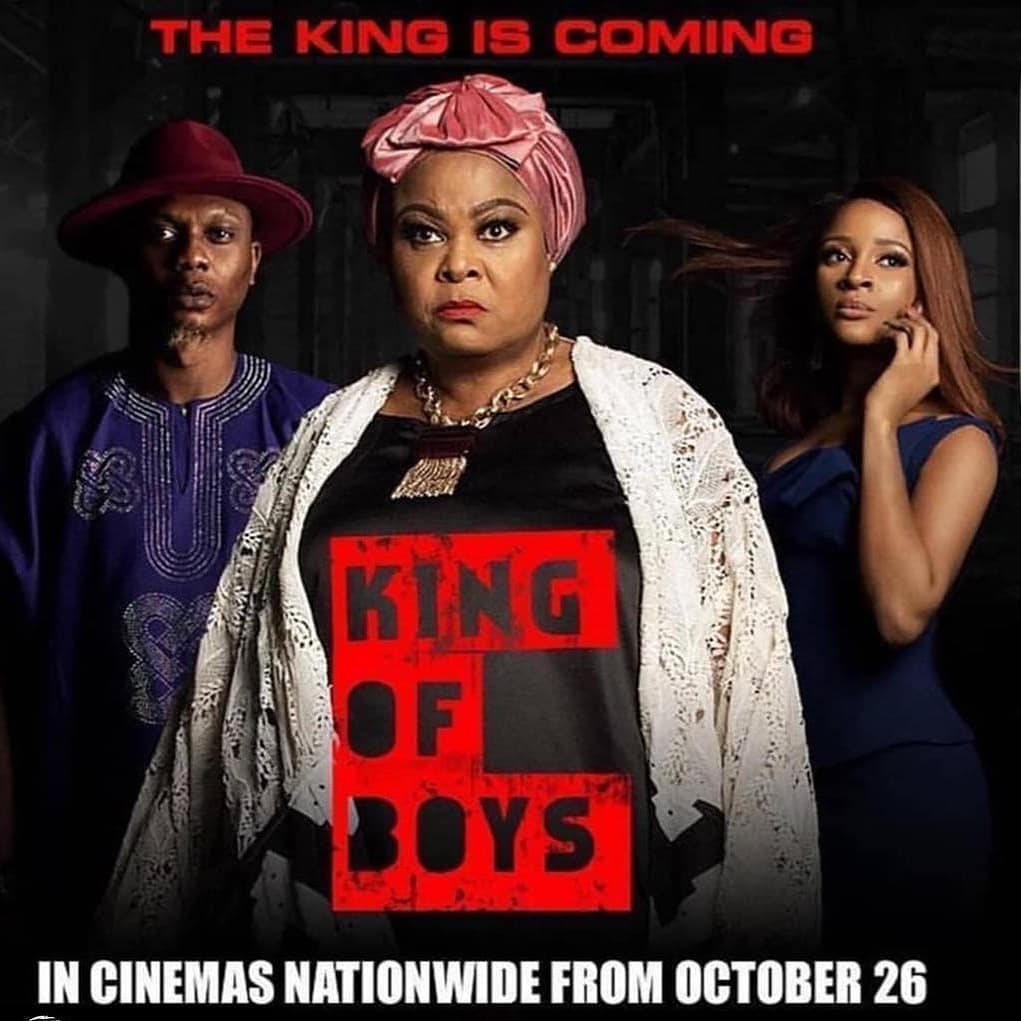 Kemi Adetiba’s new movie King of Boys had its world premiere on Sunday, and the A-list event brought together the very best entertainers in Nigeria.

The premiere marked the first time the movie was aired to the public and while a lot of talk from the premiere has been themed around the fashion, the film has also generated a lot of positive buzz due to its strong, compelling story.

Many have called the movie a break from the norm and a perfect movie ahead of the election year, particularly due to its themes of political conflict and the quest for power.

Some early reactions from the movie include: 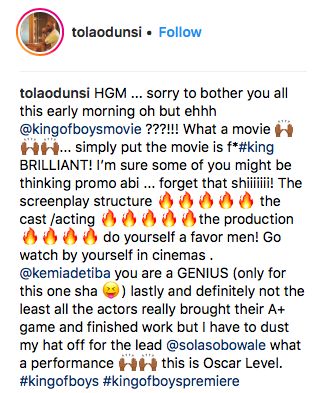 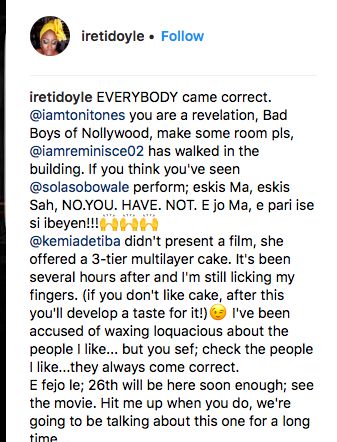 One of the major highlights of the event was the epic entrance of lead actress Sola Sobowale who was accompanied by dancers and drummers.

The film follows the story of Alhaja Eniola Salami, a businesswoman and philanthropist with a checkered past and a promising political future. She is a pillar of society — loved by many, feared by most, and truly known by a select few.

As her political ambitions see her outgrowing the underworld connections responsible for her considerable wealth, she’s drawn into a power struggle that threatens everything she holds dear.

To come out of this on top, she will need every ounce of the cunning, ruthlessness, and strategy that took her to the top, as well as the loyalty of those closest to her. But who can she really trust?

Speaking before the premiere, Kemi Adetiba expressed her delight at finally being able to tell such a compelling story saying:

After the huge success of “The Wedding Party”, I wanted to try my hands on a different style of storytelling, one that would show my versatility as a director and a storyteller. Yes, the process of making the movie might have been tedious, as we shot in over 75 different locations, but we are very proud of what we’ve created, and we can’t wait to share this with the world

If you have been expecting Sola Sobowale’s next role in the Cinema/box office or, you have been hoping to watch Adesua Etomi speak fluent Yoruba on the big screen, or whether you’re just one of the movie lovers who has been waiting with bated breath for Kemi Adetiba’s new film, King of Boys, then you must know that the film is here and it is seriously not playing.

While you may have to wait till the 26th of October to see this movie, what you need to know is that leading lady, Sola Sobowale has outdone herself, again. Adesua Etomi stuns as Adekemi and rapper, Reminisce would give most of your favourite Nollywood Actors a run for their money.

In what is one of the grittiest and blood-filled storytelling in ‘new Nollywood’s’ history, Adetiba holds her audience’s hands as she leads them on a journey filled with action, heavy drama and serious emotions while she tells the story of Eniola Badmus, a woman whose past may or may not have contributed to her supreme reign as the King of the underworld in western Nigeria.