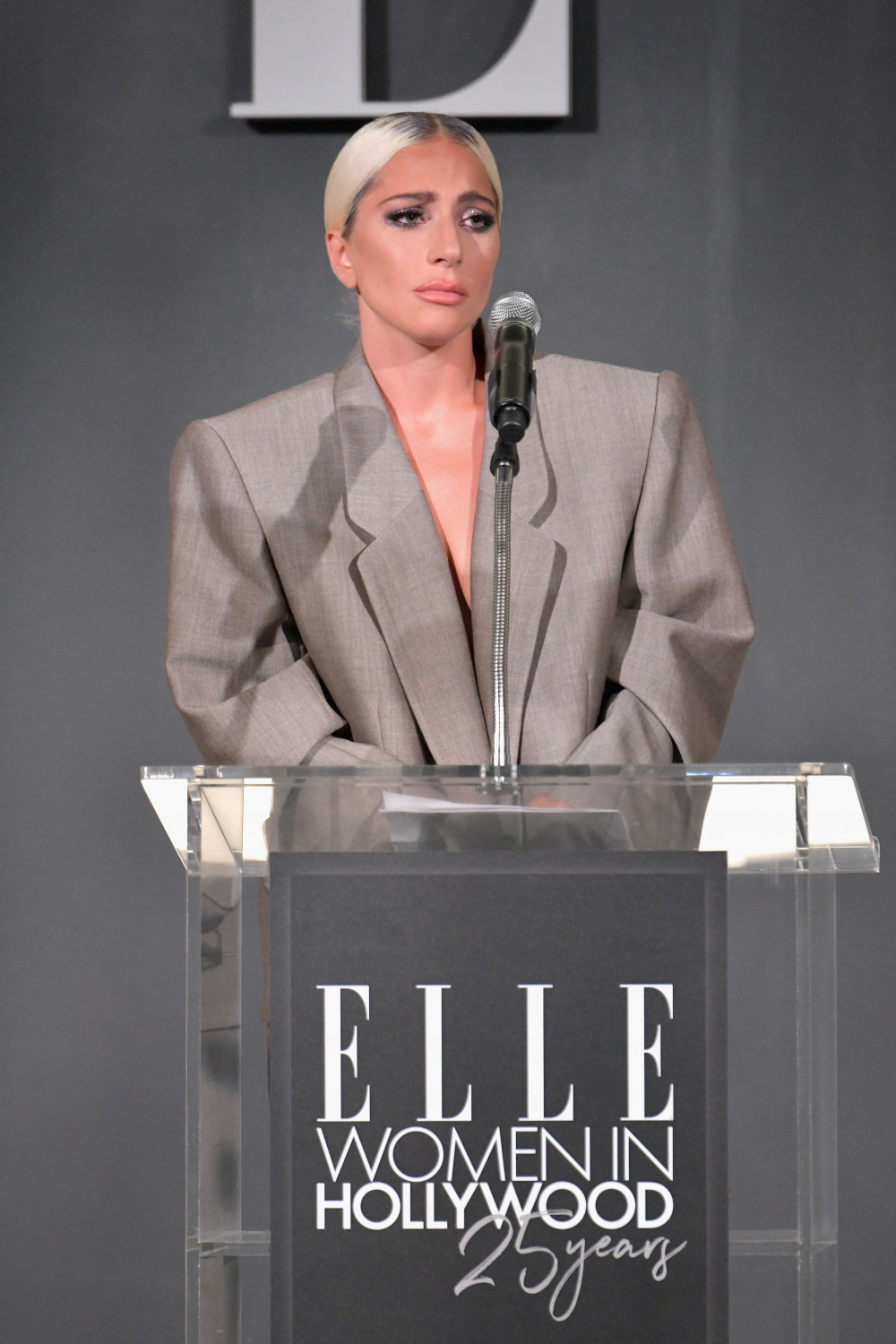 Last night in LA, music star turned actress Lady Gaga was honoured as one of ELLE’s Women in Hollywood.

Lady Gaga, who currently stars as Ally in the film A Star Is Born, in her powerful acceptance seech opened up about mental health and sexual assault, as she explained why the outfit she wore- a Marc Jacobs oversized suit – meant so much to her.

I tried on dress after dress today getting ready for this event, one tight corset after another, one heel after another, a diamond, a feather, thousands of beaded fabrics and the most beautiful silks in the world. To be honest, I felt sick to my stomach. And I asked myself: What does it really mean to be a woman in Hollywood? We are not just objects to entertain the world. We are not simply images to bring smiles or grimaces to people’s faces. We are not members of a giant beauty pageant meant to be pit against one another for the pleasure of the public. We women in Hollywood, we are voices. We have deep thoughts and ideas and beliefs and values about the world and we have the power to speak and be heard and fight back when we are silenced.

So, after trying 10 or so dresses, with a sad feeling in my heart, that all that would matter was what I wore to this red carpet, I saw an oversized Marc Jacobs suit buried quietly in the corner. I put it on to a resounding view of eyes glaring at me in confusion. But the Rodarte was so beautiful! one said. But the Raf Simons for Calvin Klein was so stunning on you!said another. But what about the Brandon Maxwell? What about the Dior? Lots of questions. They were all dresses. This was an oversized men’s suit made for a woman. Not a gown. And then I began to cry. In this suit, I felt like me today. In this suit, I felt the truth of who I am well up in my gut. And then wondering what I wanted to say tonight became very clear to me.

As a sexual assault survivor by someone in the entertainment industry, as a woman who is still not brave enough to say his name, as a woman who lives with chronic pain, as a woman who was conditioned at a very young age to listen to what men told me to do, I decided today I wanted to take the power back. Today I wear the pants. 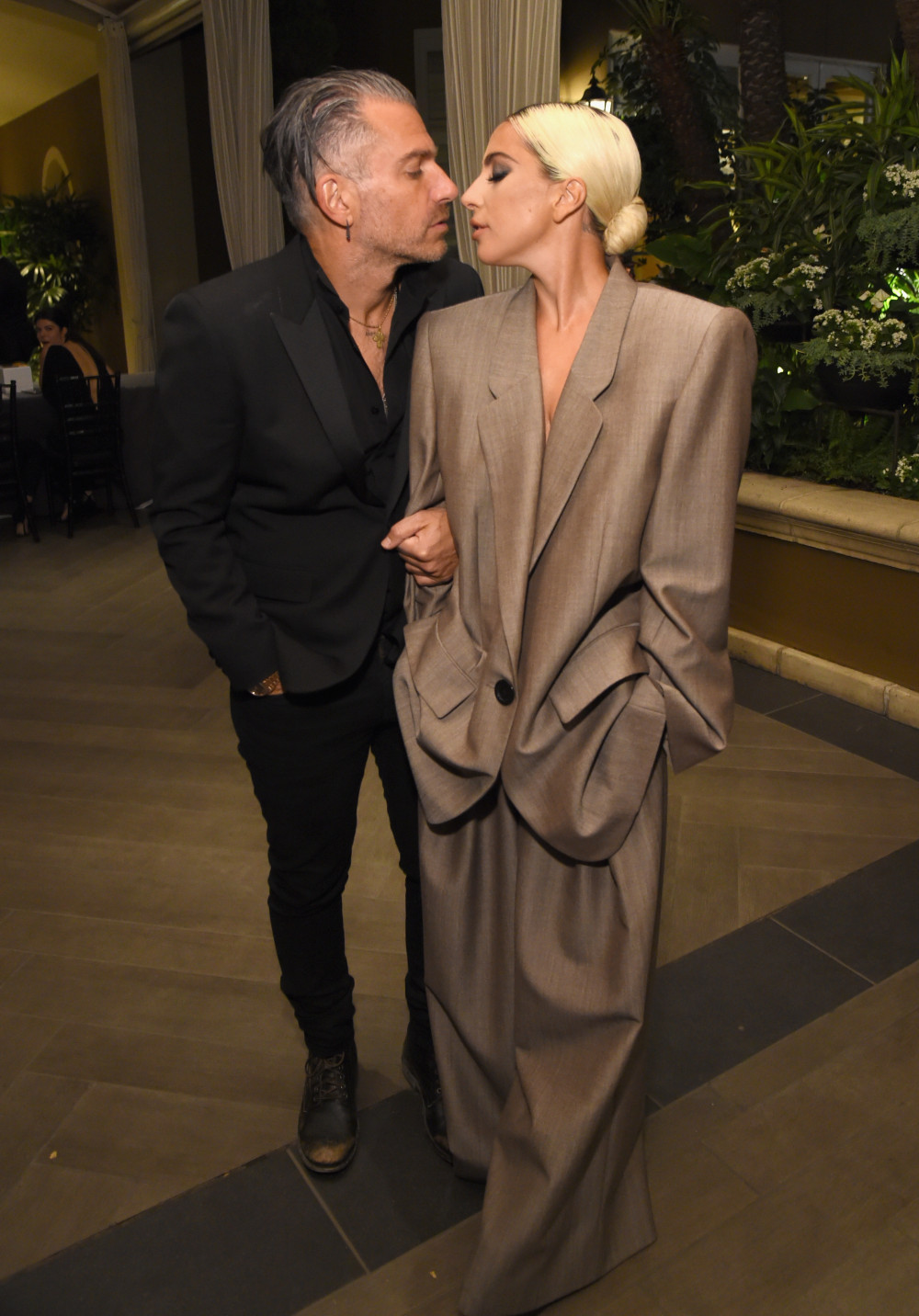 While on stage accepting her award, the music star also confirmed her engagement to Christian Carino, by referring to the agent, who was with her for the event, as her ‘fiance’ while wrapping up her speech.

Lady Gaga confirms her engagement to Christian Carino last night as she thanks him as her “fiance” during her Women in Hollywood speech! pic.twitter.com/u0Kqy6zN0k

Read her full speech on Elle.