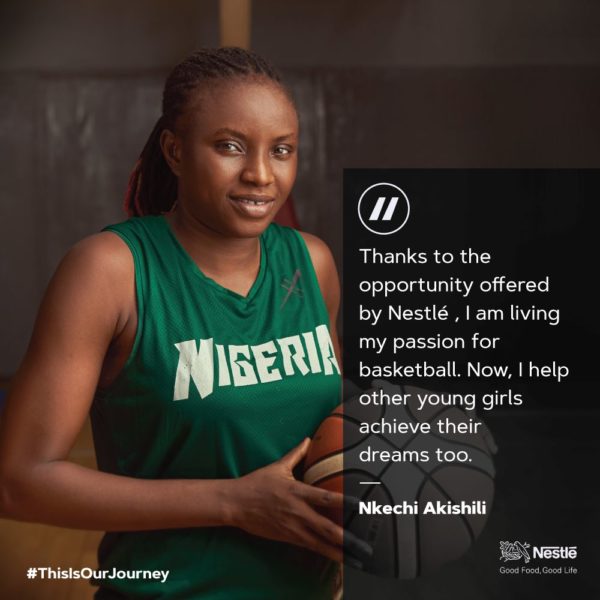 Sometimes, the difference between extraordinary and average is a thin line called opportunity. The world is filled with many ‘would-have-been’ great humans who often go on to live regular lives simply because they have not been gifted with the perfect opportunity to show the world what they are made of.

Nkechi had a dream to play basketball and really wanted to make something beautiful out of it. However, her parents could not afford to support her dream. As part of Nestlé’s commitment to improving livelihoods of individuals and families in its communities, the company has supported grassroots sports development for over 20 years.

The Milo Basketball Championship (MBBC) was created by Nestlé Nigeria as a platform for young basketballers to showcase their talents and pursue their dreams.

For Nkechi, the journey began when her school entered for the Milo Basketball Championship for secondary schools. She played the game and led her team to a victory with outstanding intensity. From then, it has been a success story from playing in the junior world cup qualifiers to playing in the senior league.

Flash-forward to today with no less than five Most Valuable Player titles under her belt, Nkechi runs her own Basketball Camp where she coaches young girls, helping them cultivate the champion mindset to follow their passion for the game.

Feed Your Curiosity at Legend Hotel Lagos Airport: A Curio Collection by Hilton