"This is not personal, it is beyond me as a person" - Tinubu on Supporting Sanwo-Olu | WATCH 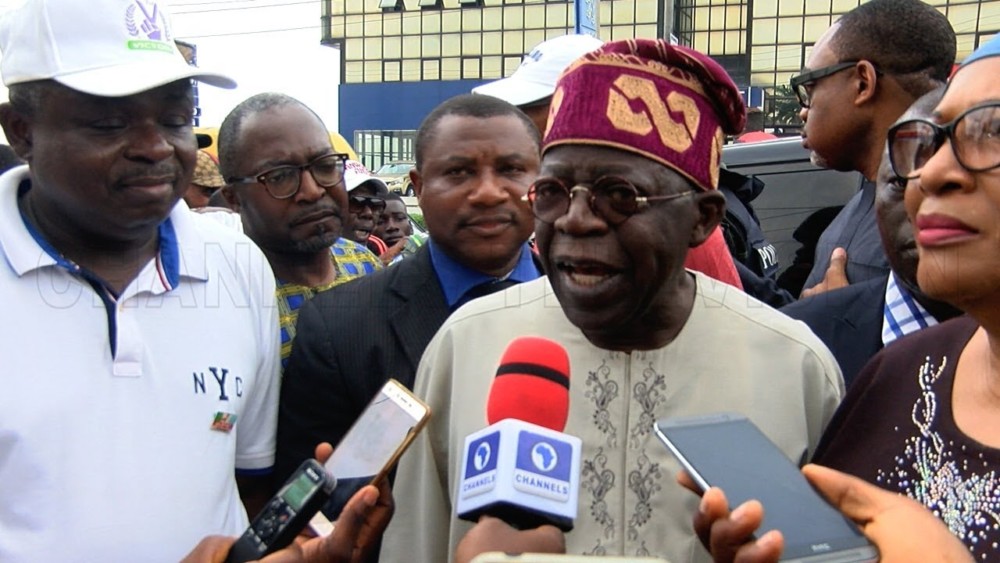 Bola Tinubu has said that his support for Jide Sanwo-Olu for the All Progressives Congress (APC) gubernatorial primaries in Lagos state against the incumbent governor Akinwunmi Ambode is not personal, but what the party members want

Speaking to newsmen on Tuesday, the former Lagos governor and APC national leader said the decision is beyond him as a person, but what the people wants.

“This is not personal. It is beyond me as a person,” he says.

The party’s primaries in the state took place on Tuesday, with Sanwo-Olu leading by a wide margin.

However, the party’s National Working Committee (NWC) has distanced itself from the exercise, saying the open ballot system is against its guidelines, adding that another primary will be conducted soon.