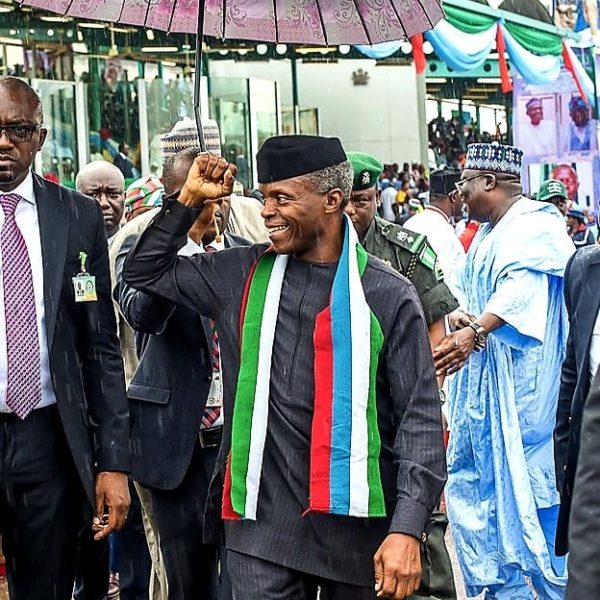 Vice President Yemi Osinbajo has revealed that when he decides to sack a government official discovered to be corrupt, he gets calls from religious and political leaders urging him not to.

The Cable reports that Osinbajo said this while speaking at the 24th Nigerian Economic Summit plenary on corruption and rule of law.

The event is taking place in Abuja, where Osinbajo sat in a keynote chat moderated by Oxford professor Ngaire Woods.

The Vice President shared that the Nigerian elite are sometimes the reason why corrupt government remain in public positions.