"I will never belong to any political party" - David Oyedepo 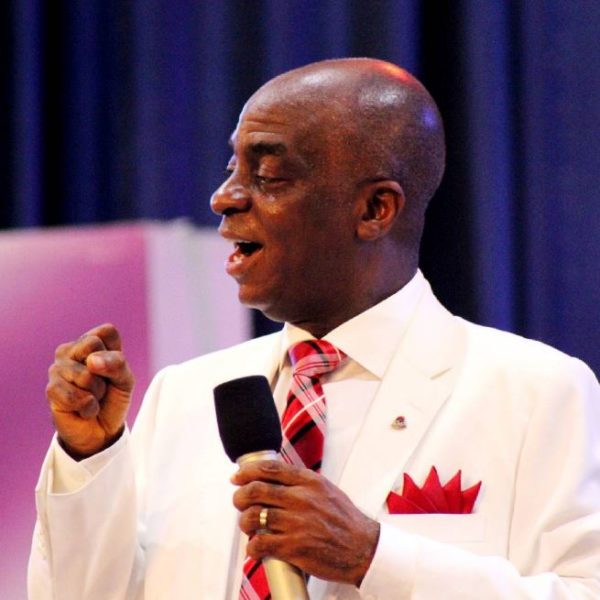 Founder of the Living Faith Church Worldwide (LFCW), aka Winners Chapel, David Oyedepo, has explained the reason he went with Atiku Abubakar to the home of former president Olusegun Obasanjo.

Oyedepo had featured in photos of the 2019 presidential aspirant’s visit to Obasanjo’s home, and the pastor had been criticized when the photos circulated on social media.

The Cable reports that while speaking in his church, Oyedepo said he’s non-partisan and his church has members in every political party.

He explained that he attended the meeting in the role of a mediator. He said:

I am called a peacemaker and I have done that at all levels in this country. I am anointed to be a mediator because the price of peace is cheaper than the cost of war. That is my involvement. I was invited and I don’t go anywhere I’m not called.

The spirit of faith is a daring spirit. You can see what is happening in this country today, it takes men and women of the spirit of faith to stop the devil. Wickedness won’t give up without vengeance; you can’t be killing people and pretend that you don’t know. Nobody is qualified to lead by morality without a feeling for people’s lives.

The day of killer agents has come to an end; anybody who has pity on killers is a killer. God is angry with the wicked every day. The recent holocaust in Plateau state is an assault on the moral standing of a nation.

If you must kill to rule, you won’t rule. Anybody who must kill to access power, God will deal with them, either local or state government.

Anybody who partners with killers, whatever happen to killers will happen to them. There will be no war in Nigeria, but those who want it will go for it.