Three Crowns Milk Mum of the Year (MOTY) 2018 has now entered the voting stage. Ten fit, smart and super cool Mums have already made it to this stage with three of them emerging from Lagos State, two from Oyo State while one Mum emerged each from Ogun State, Kaduna State, Rivers State, Enugu State and Abuja, FCT.

All the above mentioned Top 10 qualified mums are to be voted for and will also partake in a series of Fit, Fun and Smart activities at a Grand Finale in the first week of October where the Top 3 mums will be selected by a panel of judges and crowned winners. 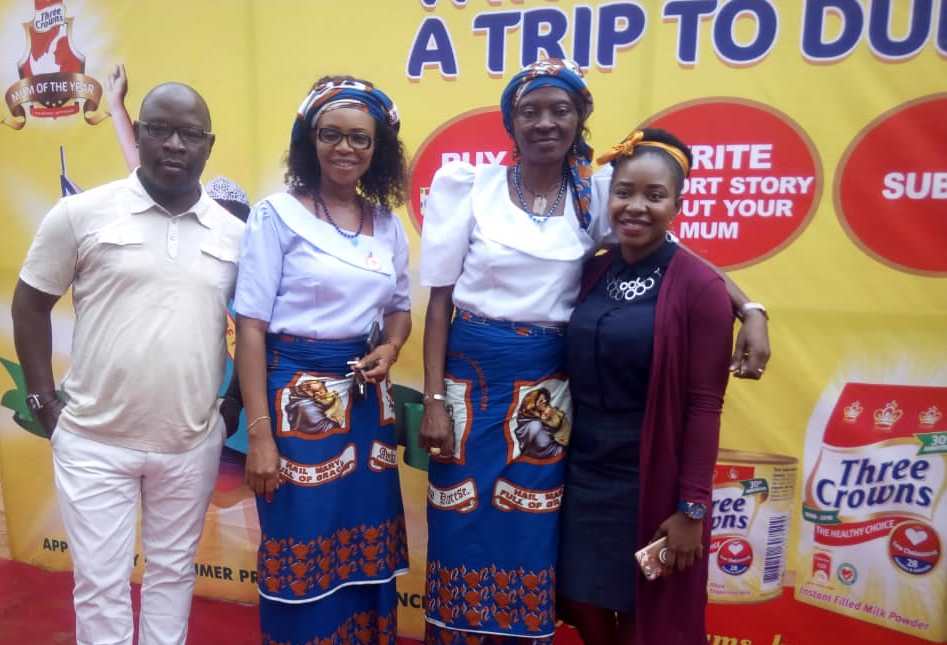 It would be recalled that the iconic brand has, since 2015 celebrated the unique role a mother plays in the family especially by ensuring a healthy nutrition for the Mums and family, very much in line with the pay-off line, “Healthy Mums, Happy Families” which it has adopted since its re-launch in 2015 and which defines its role to enable mums take extra care of themselves by eating right and keeping fit.

And, with this year’s MOTY campaign coinciding with the 30th anniversary of the leading brand in the Nigerian market, Three Crowns raised the stakes in its Mum of the Year (MOTY) campaign for 2018 as the Senior Brand Manager, Omolara Banjoko disclosed to newsmen at the commencement of the campaign that three mums would win the grand prize at this year’s edition, instead of just one mother as was the case hitherto. Their Grand Prize is a Grand Trip to Dubai in the United Arab Emirate! 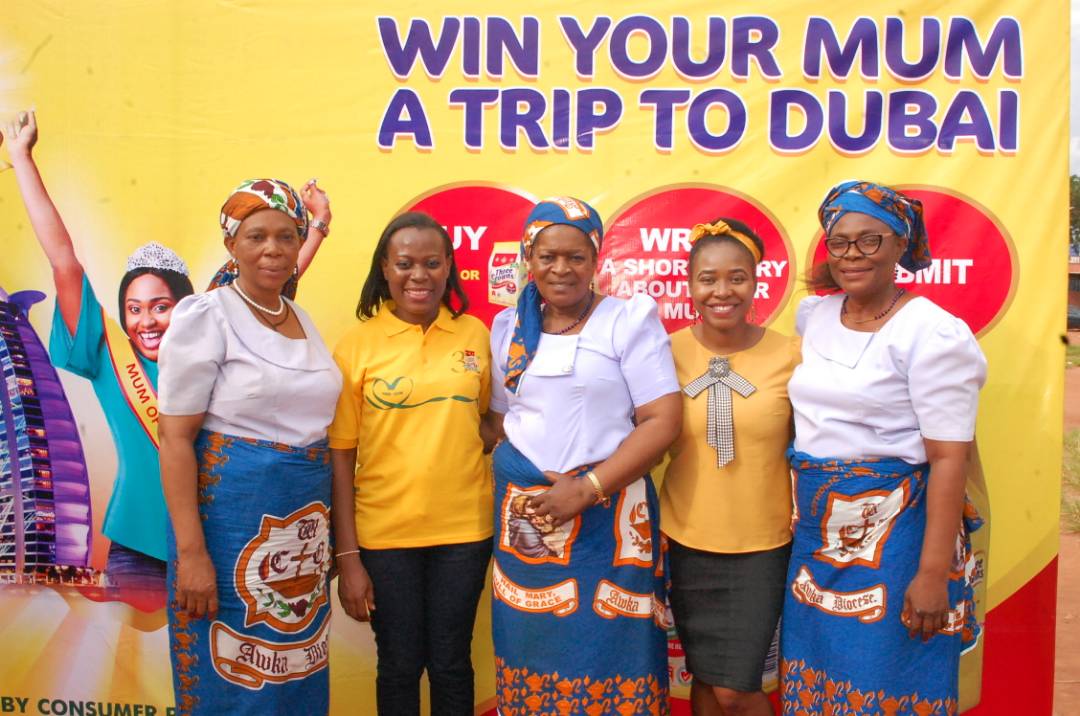 As the quest for the emergence of the winners at this year’s edition of the campaign gathered momentum, the Trade, Shoppers and Consumers Promo of the flagship brand from the stable of Nigeria’s No. 1 dairy company, FrieslandCampina WAMCO Nigeria Plc crisscrossed the country since the flag off of the campaign in July.

It was an all-out excitement among consumers at the various locations where the promo has been activated to date. The brand was eulogized, both for its quality and health benefits and the ingenuity behind its Mum of the Year initiative, which, according to consumers, has been a first-of-its-kind in Nigeria, if not in the whole of Africa.

According to Ebele Chikezie, an Aguata, Anambra State based market woman, three Crowns milk had endeared itself to her family and had become very popular with people in her neighbourhood through its creamy, low cholesterol content while its Mum of the Year campaign has further boosted its popularity. This, she said, had boosted her sales of the product consistently.

To Ayodele Sonuga, a large scale supermarket operator in Ijebu-Ode, Ogun State, the exceptionally beautiful packaging of Three Crowns milk which makes it to always be very attractive and beautiful has always added extrinsic values to the intrinsic qualities of the brand, such that the product has remained in very high demand by her customers. Commenting further, Sonuga said, “Three Crowns has even gone several steps higher by wowing us with its Mum of the Year competition these past three years”.

Perhaps the most revealing of the consumers was Adewale Aransiola, a Lagos based auto mechanic who, coming across the promo train at Shoprite, Ikeja, disclosed that while he had routed for his mother to participate in the Mum of the Year 2018 campaign, he encouraged his three children (a male and two females) to route for his wife (their mother) in the campaign.

In his words, “I very much desire for one member of my family, nuclear or extended to win the prize. Nothing can pay us more for our ardent patronage of the brand over the years. But, then, I know that it is not automatic. One can only wish and or pray”.

The voting rules, as the brand disclosed, are:

Click on the preferred Mum image and/or the like button attached to the image and name with participants; you are expected to click for a Mum once and can vote for more than one mum.

Participants could vote for a mum via SMS by sending TCM NAME to 22865 or click mum’s name and image like button on the brand website. All votes and clicks can be made directly by the person in the competition or any other person on behalf of a deserving mother. A voter can also visit here for more details.

The brand further disclosed that voting lines will be opened to members of the public between Monday, September 24th and Monday, October 1st, 2018 and will be free for the first 500, 000 (Five Hundred Thousand) voters, while network charges/rates shall apply to subsequent voters. However, all website votes, likes, and clicks are free.

FrieslandCampina WAMCO, makers of Three Crowns milk, is the country’s largest dairy company and has been in Nigeria for over 60 years. The Company believes that milk is an essential nutrient for every individual. Little wonder that it has blessed the nation with two flagship brands: Peak milk and Three Crowns milk, Nigeria’s leading low cholesterol milk brand. The brand (Three Crowns) has, for three decades, nourished mothers and their families with essential vitamins and minerals that support their well begin.

Three Crowns is the first milk brand to show care for mothers and acknowledge the important role they play in the family. The brand recognizes that when mothers, socially believed to be primary caretakers, are themselves taken care of, this directly and positively impacts the care they give to their families.
—————————————————————————————————————————
Sponsored Content

Are you a Nigerian Student with Innovative Ideas? Don’t miss this MIKANO STEM competition