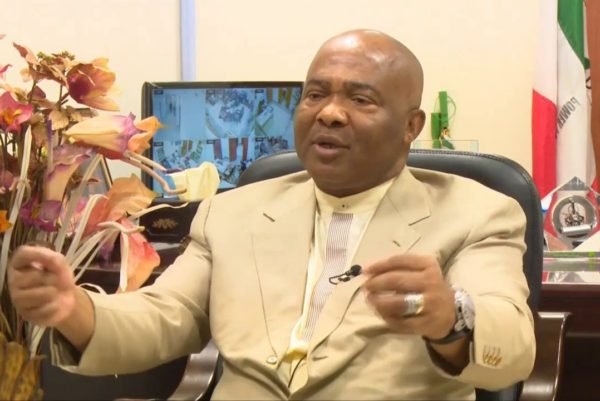 Hope Uzodinma, the All Progressives Congress (APC) gubernatorial candidate in Imo State, has been arrested at the Nnamdi Azikiwe Airport in Abuja.

Punch reports that the Special Presidential Investigation Panel For Recovery of Public Property said Uzodinma was arrested due to an alleged breach of contract.

In a statement released by the panel, it was said that Uzodinma’s company failed to execute a $12 million contract awarded to it by the Nigerian Ports Authority (NPA).

Okoi Obono-Obla, Chairman of the panel, sent the following message to Punch:

This evening, at about 8.20pm, operatives of the Special Presidential Investigation Panel For Recovery of Public Property at the Nnamdi Azikiwe International Airport arrested the APC governorship candidate in Imo State, Hope Uzodinma, after disembarking from an Air Peace P47324 flight from Lagos.

The panel is investigating economic sabotage against Senator Uzodinma arising out of the failure of his company to execute a contract of $12m for the dredging of Calabar channel awarded by the NPA.

Lagos-Ibadan Road to be completed by 2021, Apapa Truck-Park by December