EFCC has become a department in APC - Samuel Ortom 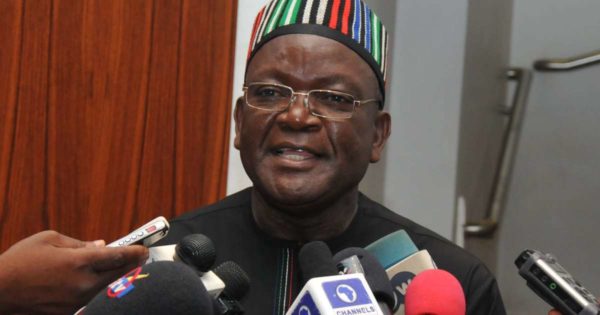 Benue State Governor Samuel Ortom has described the Economic and Financial Crimes Commission (EFCC) as a department in the ruling All Progressives Congress (APC).

Ortom said this at the swearing in of 9 commissioners in the state capital Makurdi, The Cable reports.

Once a politician decamps from the ruling party, he/she becomes hounded by the EFCC, Ortom shared.

Despite intimidation from the EFCC that has become a department in APC, we are not going to be intimidated.

In the past few months, civil servants working with me are being troubled for no just cause. Once you decamp from APC, EFCC comes after you. Fighting corruption should not be selective.

If we do anything wrong we are ready to face the law. But we will not succumb to intimidation.

Yemi Osinbajo had a Pidgin Interview on 95.1 Wazobia FM during his visit to AIM Group