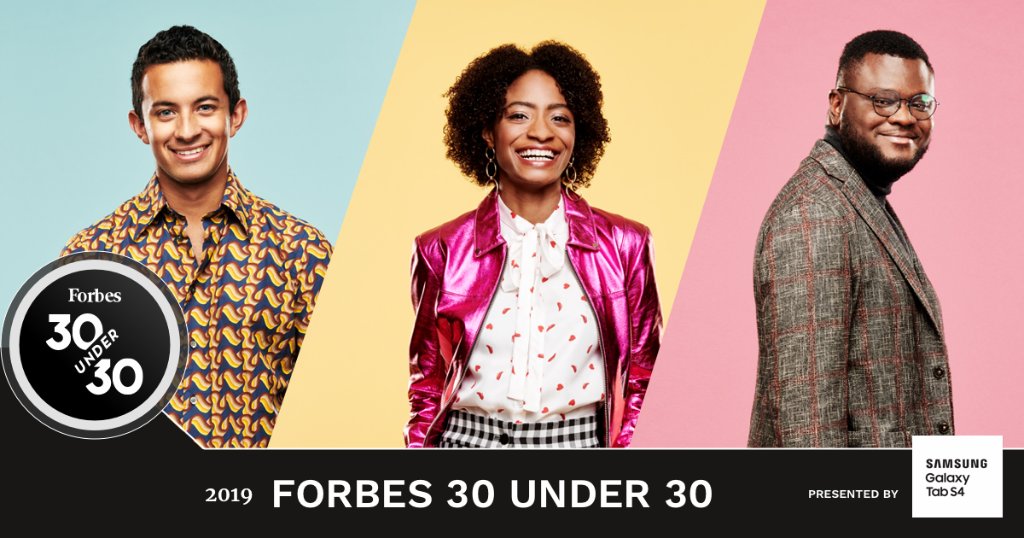 Forbes has released its list of 30 Under 30 Class of 2019 from across the United States and Canada.

The list features 300 trailblazers from 20 industries with average age of 26.8. Over 55% of them are founders or cofounders, 19% of them immigrants from 57 countries, and 38% of them identifying as first generation Americans.

Giannis Antetokounmpo is also of Nigerian descent as he was born in Athens to immigrants from Nigeria.

Arts & Style: Taofeek Abijako, 20, who started his luxe men’s streetwear brand when he was a teenager at Albany High School.

Sports: Emmanuel Acho, 28, a former linebacker for the Browns and Eagles who serves as the youngest national football analyst for ESPN. In 2017, his non-profit, Living Hope Christian Ministries, raised enough money to build a hospital in a rural community in Nigeria.

Also listed is Shadrack Frimpong, who became the first person from his village in Ghana to attend college in the U.S., earning a full ride to the University of Pennsylvania. He founded Cocoa360 after winning a contest and went on to pioneer the ‘farm-for-impact’ model, using revenues from community cocoa farms to fund educational and healthcare services.

The 2019 class have raise over $1 billion in funding and work an average of 67 hours per week.

77% of honorees consider being under the age of 30 an advantage in their career, 89% are optimistic about the U.S. economy for startups, 31% decided what they wanted to do for a career during university, 22% decided as a a child, and 10% are still deciding.

Editor’s Note: This post has been updated to add that Giannis Antetokounmpo is of Nigerian descent.