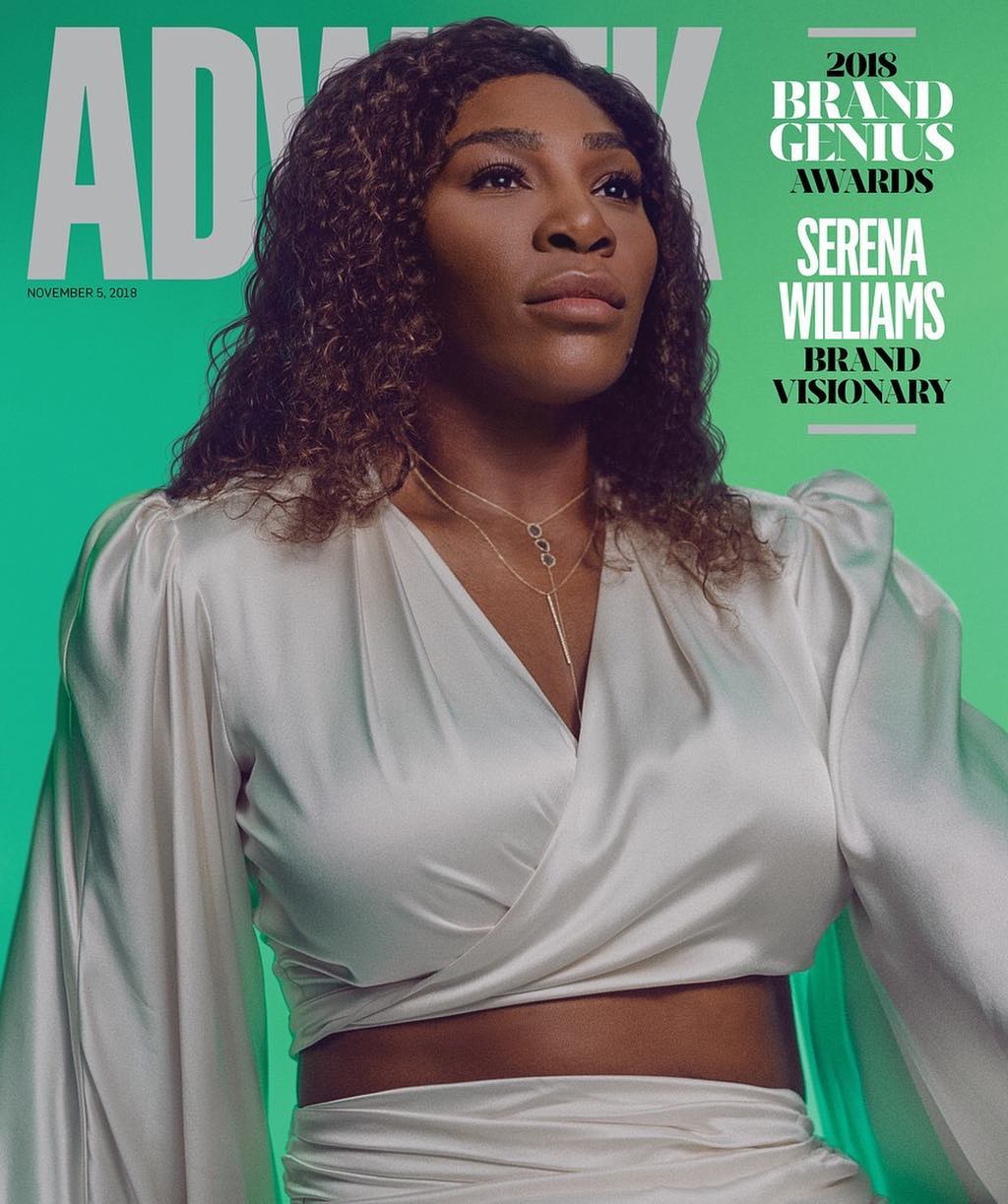 Serena Williams has won 23 Grand Slams, 72 career singles titles, four Olympic gold medals and so much more; she is truly a force to reckon with. Asides from all her career achievements, she has succeeded in other aspects asides from Tennis. Adweek decided to choose the extraordinary tennis champ as their 2018 Brand Visionary.

According to Adweek, Serena’s signature move has always been to display grace even while under pressure, she has been able to overcome circumstances especially when it comes to Tennis.

Serena Williams’ signature move has always been to display grace under pressure, to pivot away from the mundane toward the metaphysical, to plant her feet firmly in her most inspired authentic self. And so it came as no surprise that a couple of days after her disappointing loss to Naomi Osaka at the 2018 U.S. Open, she seemed remarkably unfazed by all the drama that had unfolded some 48 hours earlier.